Skip to content
Well! Millie Bobby Brown has always been in the limelight for being a magnificent actress at the age of 18. Recently, the Stranger Things star has shared something really surprising to the industry. Brown showed an appearance on the Drew Barrymore Show for the promotion of her Netflix film Enola Holmes 2. The Enola Holmes star expressed herself saying that she is hoping to portray Britney Spears in her biopic if it’s ever made.
Brown is playing the role of Sherlock’s sister in the sequel of Enola Holmes. Enola Holmes is actually based on the Enola Holmes Mysteries book series written by Nancy Springer. The Stranger Things star will be sharing the screen with Henry Cavill, who is playing the role of Sherlock her brother. Together with Henry Cavill other co-stars like Louis Partridge as Tewkesbury, Adeel Akhtar as Lestrade, Susan Wokoma as Edith and Helena Bonham Carter as Enola’s mother Eudoria.
Read more: ‘I could tell her story in the right way’: Stranger Things Star Millie Bobby Brown is Team Britney Spears, Wants To Turn Infamous Conservatorship Saga into a Movie

In the interview with Barrymore, the Damsel artist was asked about her bucket list priorities as a film maker and producer. To which the Enola Holmes actor desired to play a real person onscreen. Her top pick is the Grammy award winner, Britney Spears. The Thing About actor further adds on by claiming that Britney Spears life story resonates her life too. She could relate to her very well so, she would be best fitted for the role.

The Stranger Things star told Barrymore,’‘ just growing up in the public eye, watching her videos, watching interviews of her when she was younger. I mean, same thing with you, it’s like I see the scramble for words, and I don’t know her, but when I look at pictures of her, I feel like I could tell her story in the right way- and Her’s only.”

The Baby One More Time singer joined the main cast, Disney’s The Mickey Mouse Club House at the age of 11. While Millie Bobby Brown was casted in Netflix’s The Stranger Things at the age of 12. They both have started their career at a very early age and in some or the other way have somewhat similar stories. The Enola Holmes star totally aspires Britney Spears.

The Damsel star also spoke to Deadline and shared about her past childhood traumas and difficulties of growing as a child star. The Stranger Things actor continued saying that though she has been undermined in the past, she rather focuses on the positives. Getting the opportunity to be a female lead in the industry at a very young age was a big step.
Read more: “No one knew I was going through this”: Stranger Things Star Millie Bobby Brown Reveals Heartbreaking Past of Being ‘Groomed’ By Ex-Partner Hunter Ecimovic, Felt Humiliated and Powerless When it Became Public 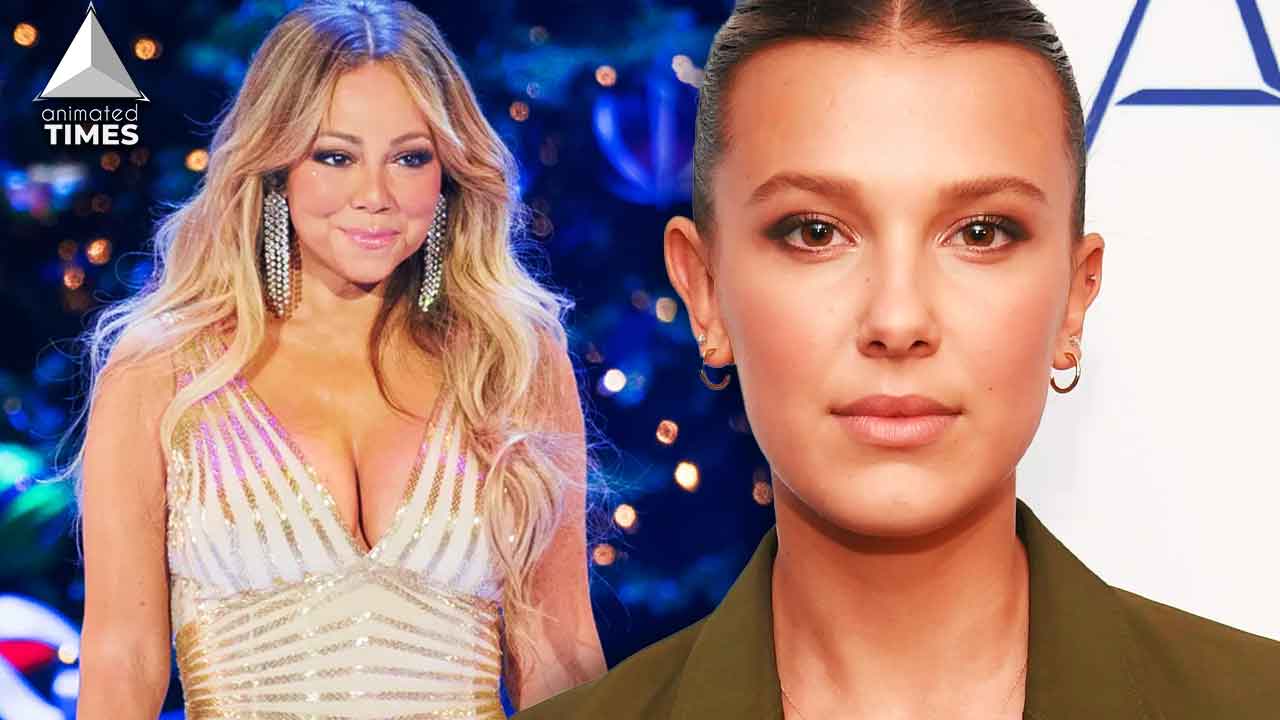 The Criminal artist slams Millie Bobby Brown for wanting to portray her in her biopic. Spears addressed Brown’s comments via Instagram that she’s still alive. Though people in the industry consider her dead including her own parents and family, this came up as no surprise to her.

‘‘Good news, good news!!! still breathing…I hear about people wanting to do movies about my life… dude I’m not dead!!! Although it’s pretty clear they preferred me dead.” Britney Spears expressed her denial for the biopic until she’s alive. Though Brown is an outspoken actress and considered expressing her desire, but this did not do any good to Britney Spears.