Everyone adores Dwayne “The Rock” Johnson. There’s a reason America’s favorite has so many supporters for his “potential but unlikely” presidential run. He’s a devoted family man, a charitable teddy bear, and a kick-butt wrestling action hero who’s been in a number of films. He went from obscurity to fame, finally rising to the top of two separate enterprises. He is a source of inspiration for all of us. What’s not to love? We can come up with a few suggestions… Whether it was using steroids early in his career or starring in horrifyingly filthy Saturday Night Live skits, The Rock has made some poor mistakes. Despite the fact that they are occasionally overshadowed by all of The Rock’s amazing acts. Though they are sometimes overshadowed by all of The Rock’s wonderful actions, it is essential to remember that The Rock is a human, just like us, and people make mistakes. With that stated, here are 5 Times Dwayne Johnson Was A Total Jerk And 5 Times He Was A Sweetheart.

10. Sweetheart: When He Sang To His Daughter On Her First Birthday: 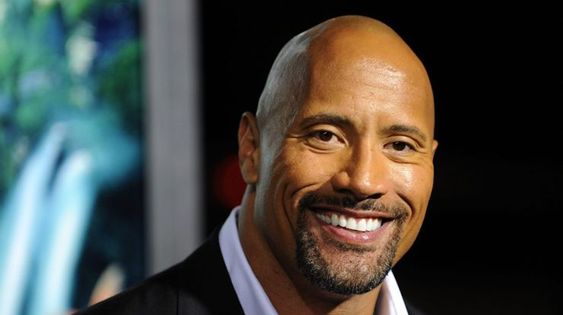 Who wouldn’t want to be serenaded by Moana’s Maui? The Rock’s adorable newborn girl was overjoyed with her special birthday serenade. On his daughter Jasmine’s first birthday, Johnson uploaded an Instagram video of himself singing “Happy Birthday” to her, and she enjoyed every minute of it. Jasmine enthusiastically clapped her hands as her father sang her a birthday song. Johnson was overjoyed to receive such a standing ovation from his children. However, when The Rock asked his daughter if he was the finest parent in the world, she became completely preoccupied and failed to respond. Johnson may have lost his biggest admirer, but the former wrestler merely laughed it off. That In the Johnson house, there is no meat.

9. Jerk: When He Made A Jab At His Fast And Furious Co-Star: 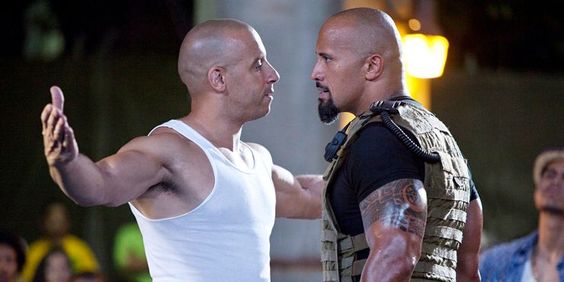 Johnson stunned fans in 2016 when he unleashed on his Fast & Furious co-stars. During the final week of filming, Johnson accused his unnamed male co-stars of being “candy a***s” in an Instagram post. The Rock made a point of pointing out that some of his male co-stars were good people with high morals… but not all of them. While Johnson avoided naming names, he did state unequivocally that the identity of the aforementioned “sugar a**” would be exposed through his exceptional, furious performance in the film. He claimed that he was so upset with several of his coworkers that he couldn’t hide it onstage. Months later, The Rock reiterated his claims, claiming that despite Universal Pictures’ evident displeasure with the statements, interest in the franchise rose after the barbs were made.

8. Sweetheart: He Loves His Grandfather A Crazy Lot: 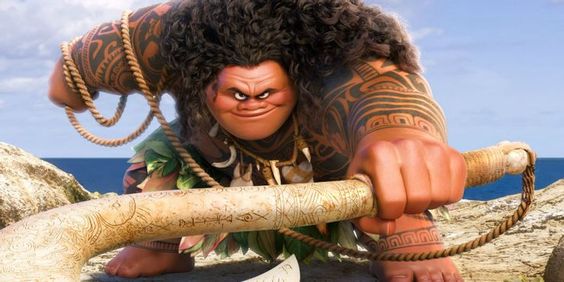 Dwayne Johnson is an inspiration and role model to millions of followers, but that doesn’t mean he doesn’t have heroes of his own. There is no bigger hero in The Rock’s eyes than his own grandfather. Johnson, a fellow wrestler, honoured his grandfather, Peter Maivia, in the WWE Hall of Fame in 2008. His induction speech was peppered with emotional moments that nearly took Johnson and his family members in attendance to tears. Johnson continued to pay tribute to his grandfather over a decade later when he played Maui, Moana’s famous shapeshifter. The wrestler-turned-actor took to Twitter to disclose the secret inspiration for his character: his grandfather. Johnson ended his post with a beautiful hashtag in which he expressed his gratitude for having his grandfather recognized in the film.

7. Jerk: When He Did That Offensive SNL Skit: 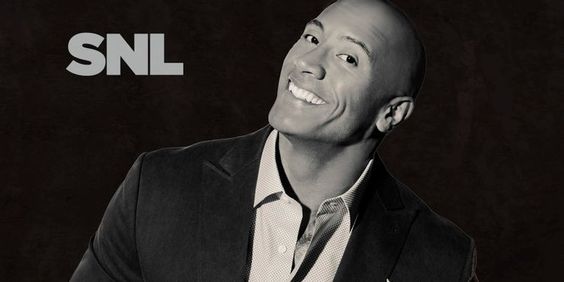 The Rock’s appearance on Saturday Night Live was far from a flop. Johnson’s appearance boosted the sketch comedy show’s ratings to their best in six years. Fans, on the other hand, were turned off by one egregiously improper scene. Johnson portrayed a crazy scientist competing in the “Annual Most Evil Invention Contest In The World.” What was the invention? A misguided, solar-powered robot. As if that weren’t horrifying enough, the robot learns to harm children by being mistreated itself, simulating the real-world cycle of abuse. Johnson’s character acknowledges that the creation was a mistake, and his fellow wicked scientists condemn it… and then the entire thing finishes with a rather confused phoney advertisement for White Castle. Despite the skit’s deliberate attempt to head off reaction at the pass, viewers were not amused by the skit’s inappropriateness.

6. Sweetheart: When Baywatch Was Filming Outside A Children’s Hospital So He Paid A Visit: 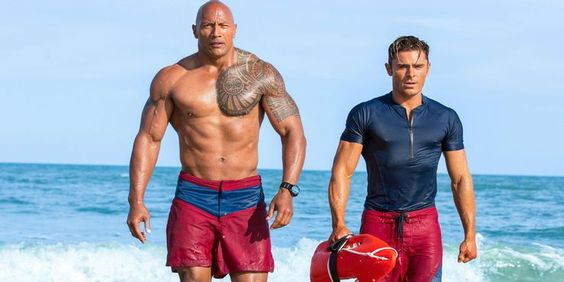 Whatever your feelings about the Baywatch revival (and they were divided), you had to admire how Johnson used his leisure time during filming. The Rock decided to “drop up to the ward” and see the adolescent patients while filming Baywatch in front of Georgia’s Memorial Health Hospital. Johnson’s emotional reaction to the trip was documented on his Instagram feed. In one article, he remarked on one youngster’s amazing attention and dedication, stating that if he had had the same desire, he would have done better in school. In another, he described the ecstatic reception he received from another young enthusiast. But The Rock wasn’t bragging; instead, he was appreciative of the opportunity to bring joy to youngsters in need. How did this unexpected visit come about? A young patient’s mother pleaded with the production team to have Johnson pay her son a visit in his hospital room since he is a great fan of The Rock. Naturally, he couldn’t pass up the chance to surprise his young admirer.

5. Jerk: When He Admitted To Using Steroids: 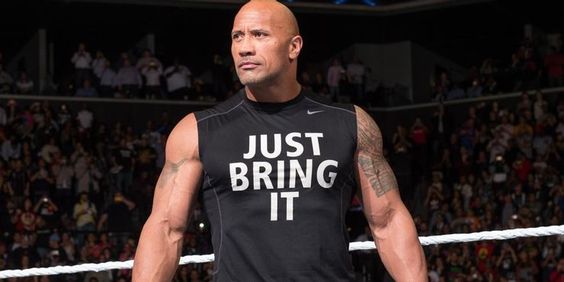 Allegations of steroid usage have plagued the majority of professional sports sectors. It’s not often that an athlete publicly admits to using illegal drugs, but The Rock admitted just that in 2009. Johnson not only admitted to using steroids years ago, but he also exposed a pro-steroids culture in the WWE in the 1990s. Johnson wasn’t technically encouraging steroid usage, but he was pointing out that the industry’s culture made it acceptable, and those in power would just overlook the widespread use of steroids. Johnson went on to suggest that in order to create long-term improvements in the sport, new rules and attitudes about drugs would need to be introduced. The Rock then pushed for education, particularly for kids, which makes sense given that Johnson was just 18 years old when he used steroids and had no idea what he was getting himself into.

4. Sweetheart: When He Gave A Shout Out To A Woman In Hospice: 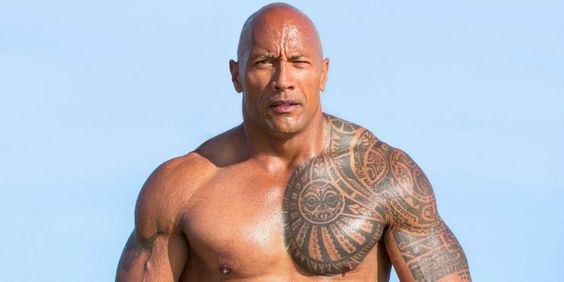 Judy Rosenberg, 76, discovered a method to keep her spirits up during her terminal illness: a seductive cut-out of Dwayne Johnson in his underpants placed beside her hospital bed. She even took his hand in hers. Johnson received an email detailing Rosenberg’s huge crush on him and requesting a response. The lovely, tiny granny also asked Johnson for a shout-out and for The Rock to blow her kisses and call her sexy. That is precisely what Johnson did. He produced a cute Instagram video to satisfy Rosenberg’s desire, calling her gorgeous and all. He also made it a point to express how glad he was to have gotten the email, claiming that such fan interactions were the best part of being famous.

3. Jerk: When He Spoke Out About A Pro-Trump CEO But Stayed With The Company To Sell Shoes: 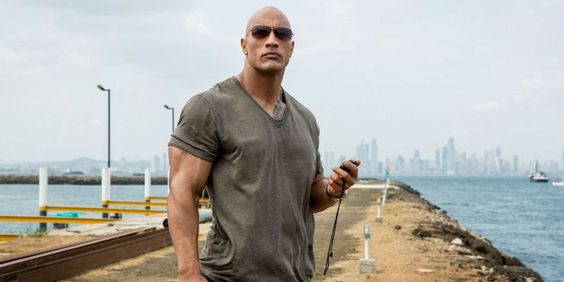 Johnson made it a point to express his displeasure with Under Armour CEO Kevin Plank after Plank referred to President Trump as a “benefit to the country.” Johnson believed that such high acclaim could not be sustained… but he also had shoes to sell. Johnson issued a statement distancing himself from Plank’s remarks, emphasizing that they were not his personal convictions. He was, however, very cautious not to ruffle any feathers on either side. He publicly welcomed all viewpoints, both pro and con, on Trump, and went on to separate the firm from Plank. Johnson claimed that a CEO does not constitute a complete firm, giving him justification to continue selling items via Under Armour. He concluded by promising his devotion to the firm.

2. Sweetheart: When He Tried Candy For The First Time In 25 Years: 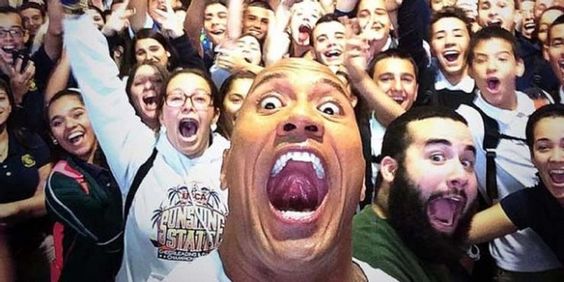 You don’t become a famous wrestler or an action movie hero without adhering to a rigorous diet and workout regimen. That’s why The Rock hasn’t eaten sweets in over 25 years. (To be fair, he has always been a big supporter of cheating.) He could even recall his last taste of sugar: a Twizzler in 1989. Johnson would have been OK without the sweet stuff, but Jimmy Fallon had other plans. Fallon tried to entice Johnson with other candy, and The Rock gladly consented to try another Twizzler… until the late-night show hauled out the real guns. Fallon gave The Rock Pop Rocks, and the two soon agreed to consume the fizzy sweets while holding a microphone in their mouths.

1. Jerk: When He Made A Jab At TWO Co-Stars Before Leaving Them Out Of A Spinoff Film: 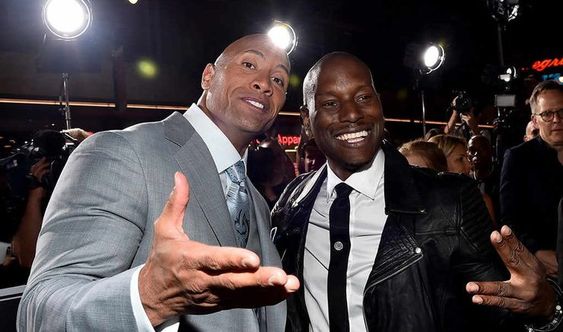 Johnson not only did not apologise for his “candy a***s” outburst to the Fast and Furious cast members, but he also called them out again barely a year later. Johnson and Jason Statham were given a spinoff, but in order to film it, Fast 9 was delayed by a year, which infuriated the rest of the group. Tyrese Gibson was particularly enraged by the news, and he rushed to Instagram to scream about it. Gibson referred to Johnson as a clown and publicly criticised the decision, claiming that it was selfish because many of the franchise’s cast members will be absent from the film. Johnson then commented on Instagram, expressing his delight for the franchise’s expansion… but starting the post with the statement “Daddy’s gotta get back to work” certainly didn’t instill trust with his castmates.

So, yes, this is how Dwayne “The Rock” Johnson was a Sweetheart 5 times and a Total Jerk 5 times. What do you people want to say about the rock? In my humble opinion, a few of these points prove that the rock was a jerk, but he really is a kindhearted, generous, and sweetheart kind of man who helps his fans. Thus, making him the most electrifying man in all of entertainment. What does the audience want to say about that and ‘Can You Smell What the Rock is Cooking!’? Do let us know all in the comment section below. Till then, keep on reading Animated Times, the perfect place to get a closer look at the entertainment industry, upcoming movies, TV series, celebrity gossip, and much more. We’ll have you covered, and follow us on Instagram and Facebook for more. 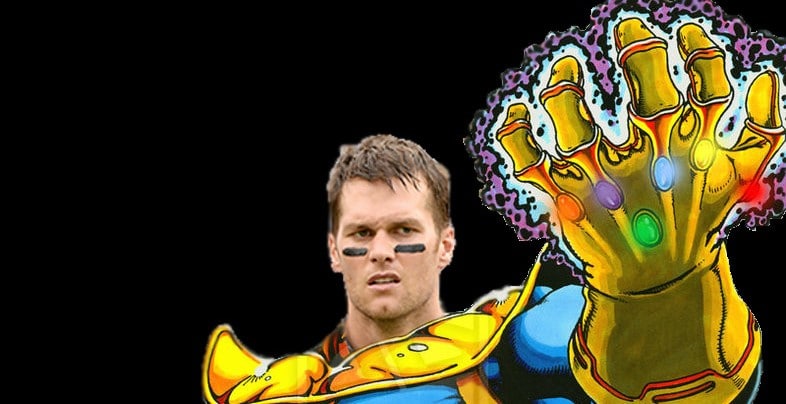 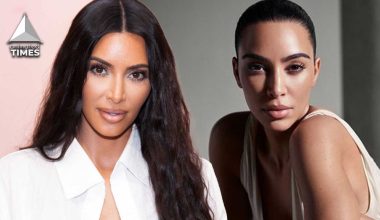 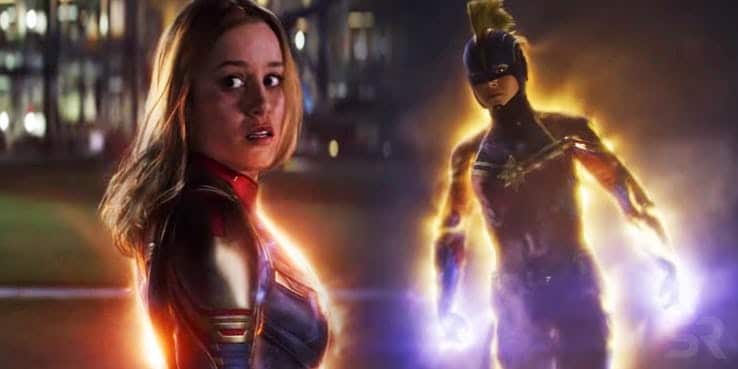 Read More
The introduction of Brie Larson as Carol Danvers was first teased at the end of Avengers: Infinity War. Her… 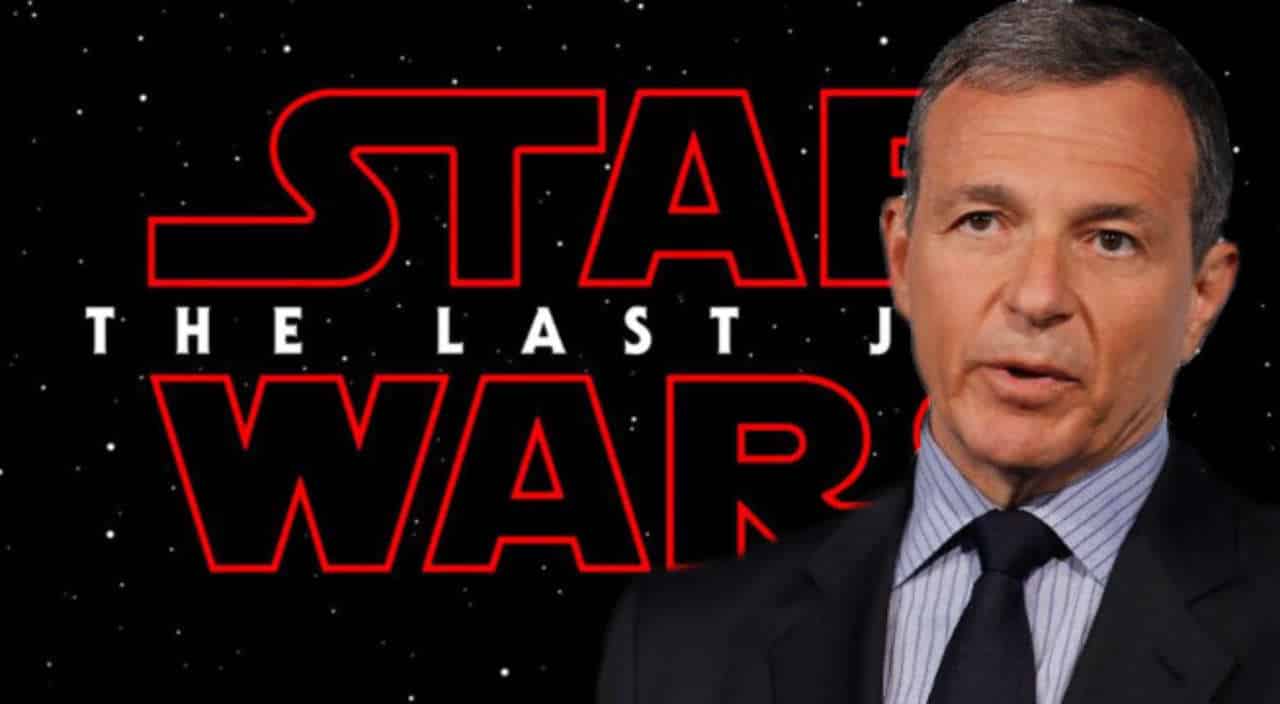