Eddie Brock and Venom have an uneasy relationship. But when Venom gets stolen, can Eddie become something more to get him back?

The Story So Far In Absolute Carnage

Throughout the Absolute Carnage miniseries we saw the Maker, a villainous Mister Fantastic from another universe working with Eddie Brock. The aim was to save all those people who ever bonded with a Symbiote before. This was because they all had a piece of Klyntar in them. This is the codex which Carnage desperately wants. But the Maker has a machine which allows the Codex to be safely removed and destroyed. In the previous issue of Absolute Carnage, we saw the titular villain infiltrate the Maker’s compound and attack every hero hiding inside. This attack made the Venom symbiote bond with someone who was stronger and willing to fight till death, someone like the Immortal Hulk.

This issue saw Carnage defeating the Hulk as well as stealing the Venom symbiote. To tackle this issue, Eddie steps up to the plate and becomes a new kind of Venom. But this transformation was triggered by him and the Avengers coming to know from Miles Morales that the Maker’s machine was not destroying the codexes, but in reality it was storing them. This revelation and the defeat of the Hulk makes Eddie break into the machine and bond with all the codexes of the Avengers. They all connect with his own and make him a form of Venom/Avenger hybrid. Was this the one which Marvel Comics was teasing at the beginning of the year?

It looks like the codexes store a part of their host, so Eddie now has parts of Captain America’s battle strategies, Hawkeye’s precision, Wolverine’s rage and the Thing’s strength in him. He has essentially transformed into a one-man Avenger army.

So now it’s a battle between Cletus Kasady- a combined Carnage/Venom and the Ultimate Avenger Eddie Brock.

To know more about this Carnage/Venom war, check out the video below: 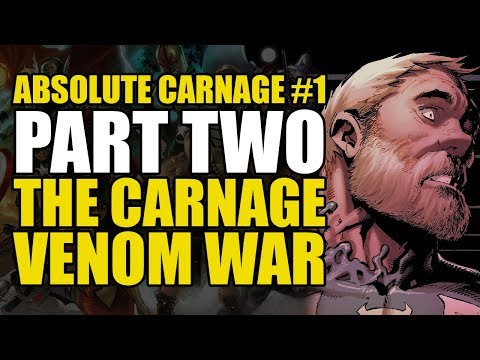