The Mother Of Dragons was relieved at the failure of his movie, Terminator Genisys. Terminator Genisys was the fifth Terminator movie, overall. It was like a soft sequel to the first three movies and was brought up just to set the stage for the upcoming two sequels. Paramount was just so eager with rebooting the Terminator franchise that they gave away the release dates for the sequels even before Genisys was released. You can’t blame them for it. They brought back Schwarzenengger and were expecting the movie to be a blockbuster hit. But, they didn’t bring back James Cameron with him. 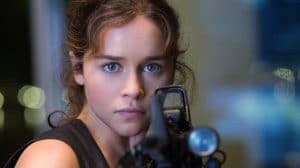 Coming back to Emilia Clarke. Genisys was not at all the end for her. The actress continued slaying the small screen with her role as Daenaereys Targarayean, aka The Unburnt, The Mother of Dragons etc etc. And she has now joined the Star Wars franchise. She would be playing Qi’ra in this week opening Solo: A Star Wars Story.

During his interview with Vanity Fair, while promoting Solo, Emilia Clarke admitted that she was relieved when Terminator Genisys failed at the big office. She didn’t want to return to the Terminator franchise because of her commitment with Game of Thrones and Star Wars franchise.

Clarke revealed a horrible fact too about production of Genisys. She revealed that Fantastic Four-reboot, which was shot at the same time in Louisiana as Terminator was in New Orleans extremely difficult. The Fantastic Four crew members actually had jackets reading “AT LEAST WE ARE NOT ON TERMINATOR,” just to show everyone how terrible and chaotic it was working on the sets of Terminator. 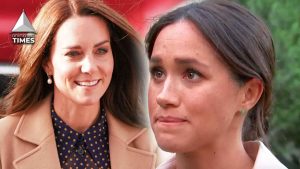