Avengers: Endgame directors Anthony and Joe Russo could certainly outdo Infinity War with “a lot of hard work,” as told to Empire Magazine by Joe Russo.

“Whether we top Infinity War or not, I don’t know,” he added. “But we try to tell the best story we can with these characters. This is bringing to a close the first decade of stories. I think that alone has a dramatic power to it.”

The details around Endgame — whose first trailer released earlier this month and brought with it a reveal of the sequel’s long-guarded title — will remain close to the chest.

The Russos, who first directed The Winter Soldier and Captain America: Civil War, told Business Insider earlier that they hope to provide a rewarding experience for fans — but their process first involves satisfying themselves.

“When Joe and I got hired to direct Winter Soldier, that movie was many multiples larger than anything we’d ever done before as filmmakers,” Anthony Russo said.

“But the way we work as filmmakers is we have to satisfy ourselves first and foremost. If we’re making a movie that excites us, that’s the best we can do. We can’t predict if people are going to like it, we just know whether we like it. That’s how we’ve made every one of our Marvel movies and it’s how we’re making this one. For all of the anticipation and anxiety about it, nothing serves Joe and I better than staying focused on the story we’re trying to tell and telling it the best way we can.”

Kevin Feige has also characterized Endgame as an ending point for the first chapter of the ongoing MCU, set to continue beyond Spider-Man: Far From Home in 2019 with future franchise entries like Black Widow, Black Panther 2, and Guardians of the Galaxy Vol. 3.

“The entire intention of Infinity War and the next Avengers film next year was to have an ending — to bring a conclusion to 10-plus years, 22-movie narrative in a way that hadn’t been done before in this particular type of film,” Feige told Uproxx.

“It’s been done before in films where there are a finite number of books, and they finish telling the story for the books, so they come to an ending. Characters like Spider-Man or Batman or James Bond or Iron Man, who have been around for so long and are always refreshed in comic books or novels or movies, you don’t necessarily get that kind of an endpoint — and we wanted to do that, which is what these next two Avengers films are.” 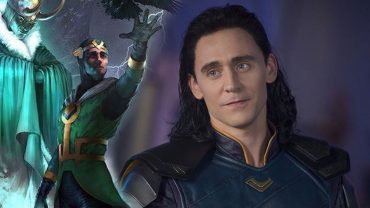