Marvel Studios released the latest trailer and poster for Eternals, which gives us a much better and quite longer look at the MCU’s most oldest superhero family.
The film is based on the comic series created by Jack Kirby ; centering a group of almost immortal “beings” who have closely monitored humanity but never interfered into their wars…until now.
In the post “Blip” world, what is drawing them out of their hiding for the very first time.

The trailer looks terrific and we love all the scope that’s on display there and we are finally given our first look at the Celestials who have only glimpsed before in the giant skull “Knowhere” in Guardians of the Galaxy.

We get a great idea of the fact that the director Chole Zhao has a knack for intimacy and that the small moments against the big and epic superhero movie.
This is probably the most anticipated superhero movie of the year, probably more than Spider- Man: No Way Home, and this trailer has gotten the fans more pumped up and excited to see what Zhao has put together for the World’s Oldest Superheroes.

The Oscar winning director Zhao has been given this mammoth responsibility of managing the most important movie of Marvel’s Phase Four. 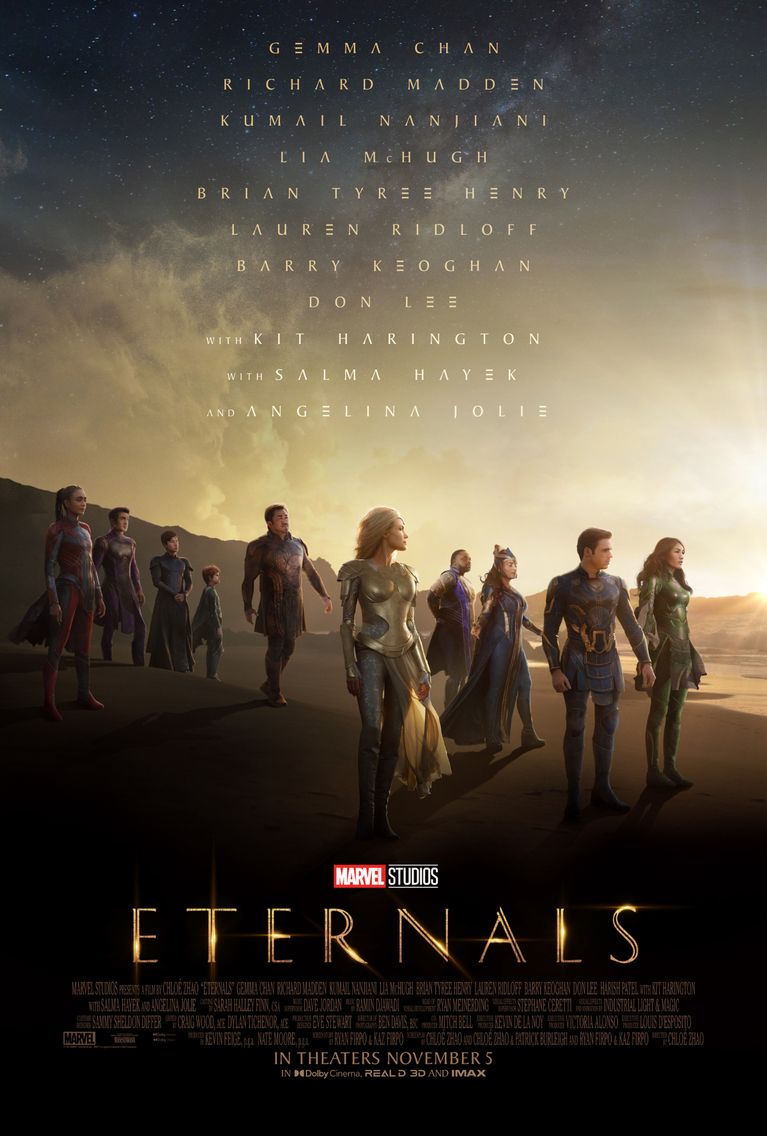 And Marvel Studios leaves no stone untouched and has amazing cast full of A- Listers which include Gemma Chan as Sersi, Richard Madden as Ikaris, Kumail Nanjiani as Kingo, Lauren Ridloff as Makkari, Brian Tyree Henry as Phastos, Salma Hayek as Ajak, Lia McHugh as Sprite, Don Lee as Gilgamesh, Barry Keoghan as Druig, Kit Harington as Dane Whitman, and Angelina Jolie as Thena.

Eternals was originally set to be released on November 6, 2020 but was pushed ahead due to the global pandemic caused by Covid-19.
As of now, the film is all set to release for its theatrical premiere on November 5th (and we are praying that it doesn’t get postponed again!!)

Here’s the new trailer for you to enjoy!

And for those who are clueless about Marvel’s Eternals, here is the official synopsis for y’all.