Marvel recently released a trailer for what they have planned for Phase 4, and it finally revealed the first footage for Chloe Zhao’s upcoming Eternals movie. And even in this 12 second footage, we got to take a look at all the immortal characters who will form the team.

The trailer reveals that they are actually the oldest team of superheroes, and now they finally reassemble in the present day.

But before we talk about the Eternals and their motivation and Powers, Make sure you hit the like button and subscribe to our channel.

Marvel hasn’t yet released  proper information through their trailer, but we actually got official descriptions of these characters through merchandise leaks. And independent clothing label Redwolf got new descriptions for eternals. Although the first trailer might have a few alterations, these descriptions sound legit.

In these description, This is how the Eternals as a group, were described-

“The Eternals are a race of immortal aliens from a distant planet who arrived on Earth thousands of years ago to protect humanity from a race of alien predators called Deviants. The Eternals were alerted to the Deviant threat by the Celestials, a race of cosmic builders whose fingerprints are on the very building blocks of life itself. Symbolizing eons of history charted via calendars and other mysterious ancient technologies, the Eternals icon will serve as a subtle nod to the name of these immortal, godlike beings.”

But we also got some information about the individual characters. 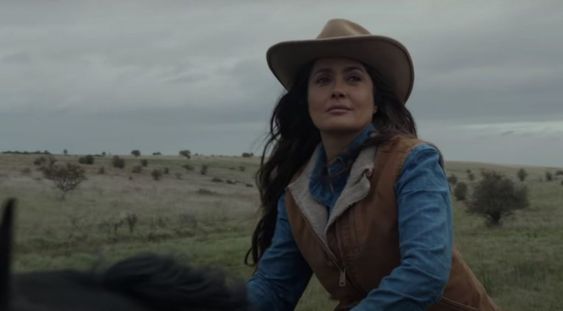 Ajak is the spiritual leader of the eternals. Her wisdom has helped the Eternals ever since they arrived here from their planets, to help defend humanity from deviants and to help humans advance to the modern civilization we live in today. Ajak also has the ability to heal the Eternal as well as humans, and can communicate with celestials. 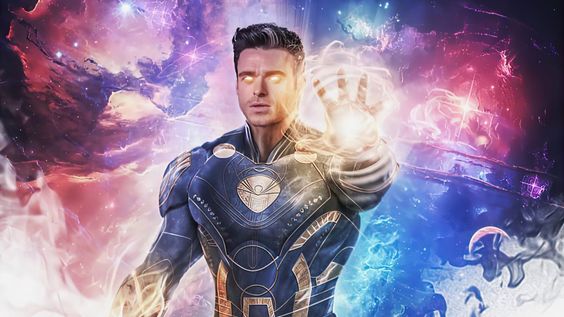 Ikaris is the tactical leader of the eternals. He takes pride in keeping them safe. He is moral, kind and charismatic. He boasts the power of incredible strength, flight and ability to project energy beams from his eyes. So he’s basically the Superman of the MCU. 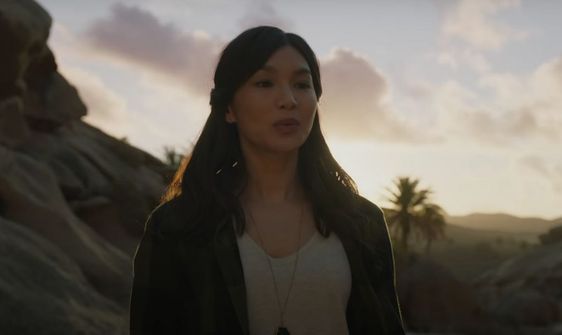 Sersi is an Eternal with an affinity towards humans. She is as happy as working in a museum as she is saving humans from threats. Her ability is to manipulate matter, changing the makeup of any non-sentient matter she touches. She’s also been in love with Ikaris for centuries and helps him recruit the Eternals for one last mission. Although, the set photos have confirmed that she would eventually fall in love with Kit Harrington’s character, Dane Whitman aka Black Knight. 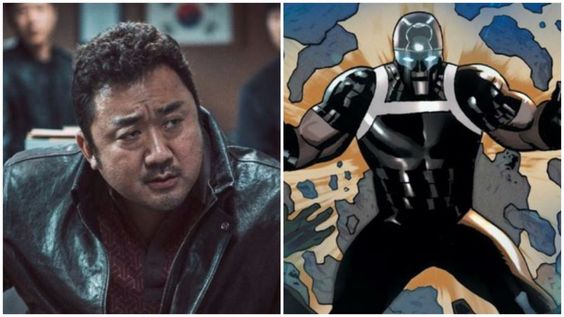 Gilgamesh is the strongest and kindest member of the team. He becomes Thena’s de facto partner when the events in the past exile them from the rest of the team. He is Capable of projecting a powerful exoskeleton of cosmic energy, He is fierce and has fought with the deviants throughout History. 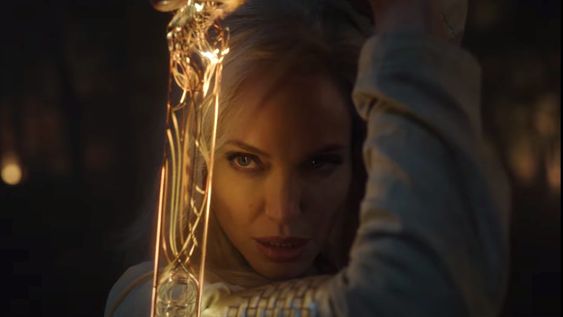 Thena, is a fierce warrior who’s more comfortable in battle than any other place. She has the ability to form and wield any weapon she can think of. She is often surly and aloof, and she forms a deep friendship with Gilgamesh that spans centuries. 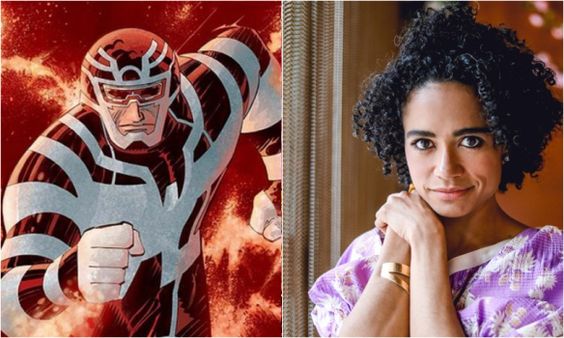 Makkari is the speedster of the Eternals. She uses her superspeed to scout for eternals one last time. Since she is deaf and mute, the sonic boom that follows her when she breaks the sound barrier doesn’t affect her. She uses sign language to communicate. 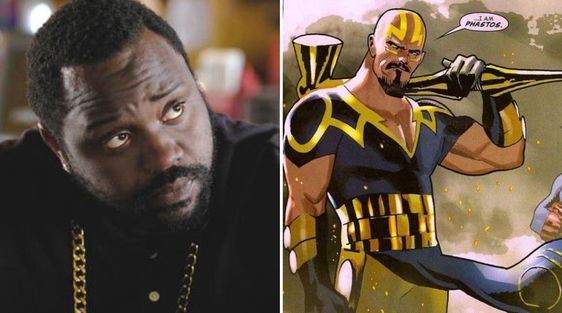 Phastos has the power of invention. He can forge anything he can imagine provided he can have the right amount of raw materials for it. Over centuries, Phastos has slightly nudged humanity forward in technology while hiding in the shadows. 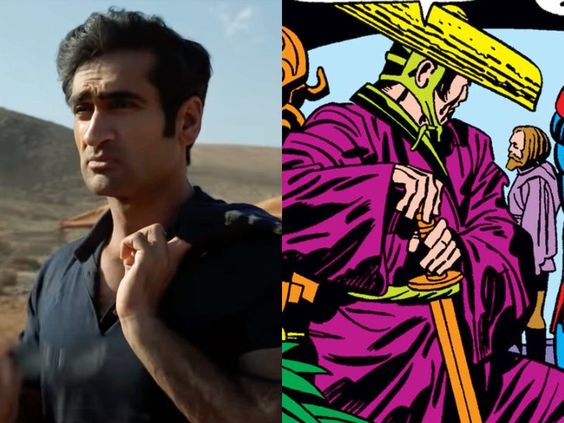 Kingo is the Eternal with the power to project cosmic projectiles with his hands. Over centuries, he has been enamored with the idea of fame, so in the present day, he becomes a famous bollywood star. But he must leave all the wealth and fame behind to help the team repel the new Deviant Threat. 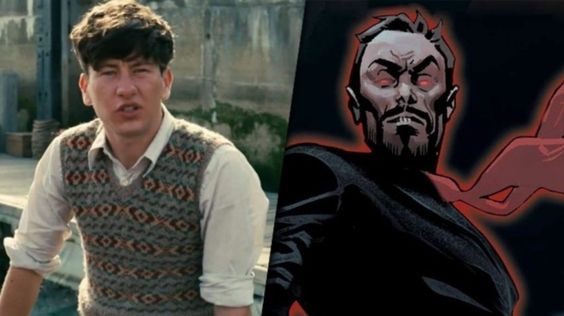 Druig can use cosmic energy to control the minds of men. He also has become withdrawn from other Eternals because he disagrees with how they interact with mankind. He’s aloof and powerful and it’s hard to tell if he’s a friend or foe.

So he could be the one who makes the Eternals fight against the incoming threat of Deviant or celestials. 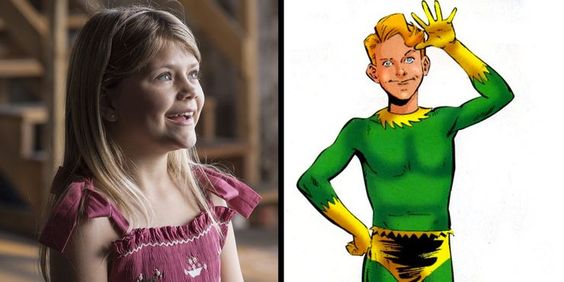 Sprite is a 12 year old girl, who has the ability to project life-like illusion. She has been treated like a child by humanity for centuries. But sprite is much more powerful and smarter than she appears to be, so She can be a great help for the eternals in their upcoming battle.

That’s all the information we have for now, But this isn’t it for the Eternals. As soon as we get more information, we’ll be here to report it.