Entire Marvel Cinematic Universe’s fate changed with Thanos’ snap of the fingers and now the MCU has started with it’s Phase 4 of the storytelling which is set to establish where all of the new tales take place in relation to that one event.

Of course Black Widow takes place before the Blip while Shang- Chi and the Legend of the Ten Rings is set right after the fight against Thanos. Marvel Studios has announced their next film aka Eternals; the film about the world’s oldest heroes who have stayed hidden all these years.
The movie takes place after the Blip and that we has been revealed to us thanks to all the mentions to the same event in the trailers.
But specifically, we now know that Eternals will be set right around the same time as Spider- Man: Far From Home.

There is no mention about the event of Far From Home in the Eternals trailers but producer Nate Moore confirmed
its place on the  same timeline during an interview.
Moore said that Eternals takes place “right around the same time as Spider-Man: Far From Home, with the world recovering from the attack of Thanos and the return of half the population.”

The MCU is divided into 2 periods of time: Before and After the Blip and most of the stories are going forward exception being Black Widow.

WandaVision does address the Blip with Monica Rambeau’s tale and Loki avoids it entirely. The Falcon and the Winter Soldier and Shang- Chi both exist after Thanos and while one leans directly into Blip as storytelling; the other simply mentions it.

Upcoming movies like Spider- Man: No Way Home, Thor: Love and Thunder, Doctor Strange in the Multiverse of Madness, Black Panther: Wakanda Forever and The Marvels all feature characters that were present for the war against Thanos ans so we all know that these films will be taking place after the events of the Blip.

The exact timelines of the upcoming Disney+ shows haven’t been revealed just yet but it is safe to assume that they will be set after the Blip as well.
And we hope that Thanos and Blip are now things of the past for  MCU. 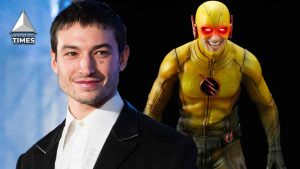