The Infinity Stones hold a power no mortal being should ever be allowed access to. Look at the last time somebody managed to get all the Infinity Stones – Half of the Universe paid the ultimate price. It was only in Endgame that the actions of Thanos in Infinity War were undone. The Infinity Gauntlet is a God like Weapon. It can be used to turn any wish into reality. They can vanquish any foe no matter how strong they might be. Humanity is a relatively younger race. The Universe is way older than mankind so there has to be a time when someone else other than Thanos also used the Infinity Stones.

This newly surfaced Avengers Endgame Theory states that the Infinity Stones were used by another race way before humanity even knew they existed. The last time they were used, according to this theory, was to annihilate a very powerful cosmic race of beings called the Celestials. The ones who used the Stones to defeat them were known other than the Eternals. Sounds interesting right?? 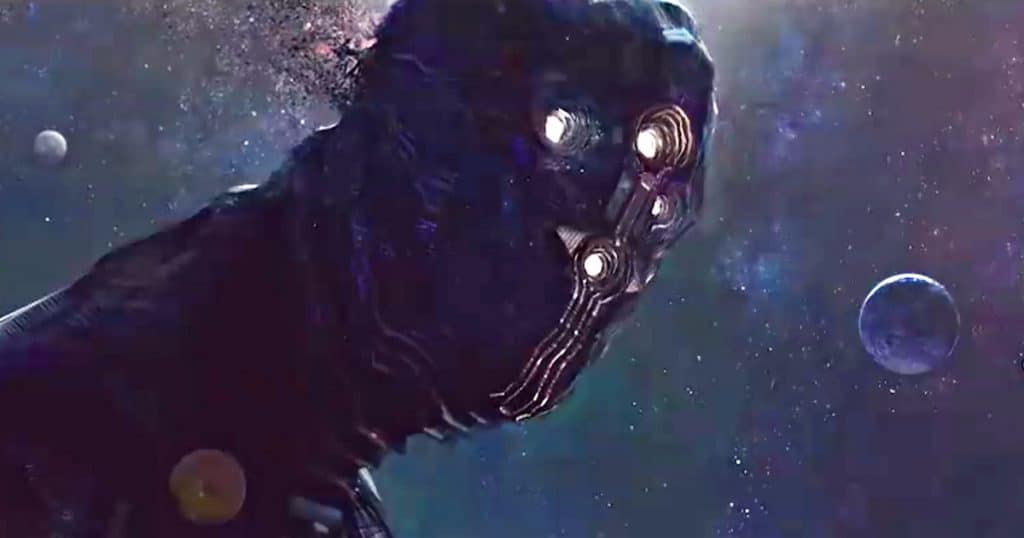 The Celestials were once the holder of the Infinity Stones. The Collector showed us the first glimpse of a living breathing celestial during the events of Guardians of the Galaxy Volume 1. That Celestial was in possession of the Power Stone. With the Eternals movie on track, we know that the deep and dark final frontier will be explored in detail even further. The Celestials will probably be shown again since they are linked to the creation of the Eternals race. 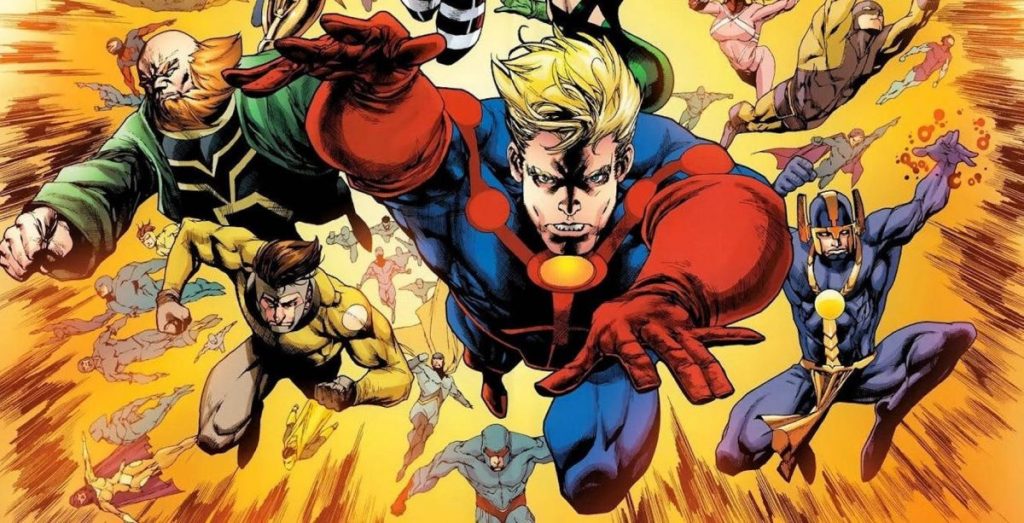 The question is – if such an all-powerful cosmic race of beings exists, why have not they showed up already? The Celestials act as the judge, jury, and executioner for the entire universe. If they deem a civilization a threat to life and the cosmos, they will destroy it to maintain the order of things. When Thanos showed up with the Infinity Gauntlet, the Celestials should have taken action. It was not actually the Avengers’ job but the Celestials’ duty to stop Thanos since he was a major threat to life in the cradle of creation.

So why didn’t they show up? Or are we asking the wrong question here. Maybe the question is how they could have possibly shown up. The fan theory claims the Celestials did not stop Thanos because they are no longer alive. They went extinct because someone used the Infinity Gauntlet to wish them away. And by someone, we mean the Eternals. 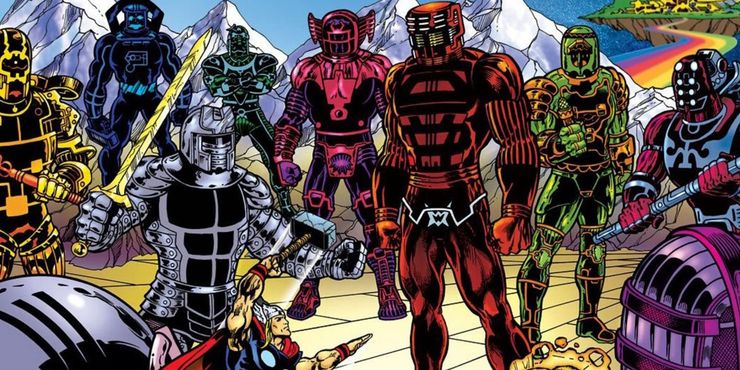 The Eternals and the Celestials have a history together. Eons ago when humanity was still learning to hunt and prey, the Celestials visited the Earth and found out the human genome has tremendous potential to develop super powers. They took a portion of the Earth’s population with them and started experimenting on them. Thus the Eternals were born. The Eternals are beings with access to powerful energy manipulation abilities. They are humanity’s evolutionary off-shoot. The Celestials had a direct hand at creating them.

Now this is where the real juice lies. The Celestials, as we said, pass their judgment on entire civilizations. If they do not find a civilization worthy enough, they send their enforcer to destroy it. After creating the Eternals, the Celestials left the solar system. The Eternals went on to become protectors of humanity, settling in other planets and moons. The Celestials eventually returned to pass their judgment on mankind. Their decision was that mankind was not a worthy species so they intended to destroy it so that life can start afresh on Earth.

The Eternals, who had grown in numbers, were the silent protectors of humans. They could not watch their primitive brethren get annihilated. Realizing that the Celestials had gone too far and needed to be stopped before they kill humanity, it was the Eternals who plotted to get all the Infinity Stones and use it to make the first ever Infinity Gauntlet. We know that there is an Infinity Gauntlet in Odin’s Treasury in Asgard. The fact that it exists even though it was said to be fake means that the idea of combining the powers of the six Infinity Stones also does. It was the Eternals who did it first.

The Celestials already had access to the Power Stone. Gamora explains in Infinity War that Vormir is the “Centre for Celestial Existence”. What if the planet was actually the home planet of Celestials? Maybe one of those Celestials left the Soul Stone there? Maybe they were the ones who created the Infinity Stones to harness the power of the universe in the first place. The Celestials are already powerful beings. Having the Infinity Stones would have multiplied their abilities by a factor of millions. The Eternals could not let their power remain unchecked. In order to stop the Celestials from unjustly passing judgment on other species and playing God, they collected all the Infinity Stones and snapped their creators away permanently. 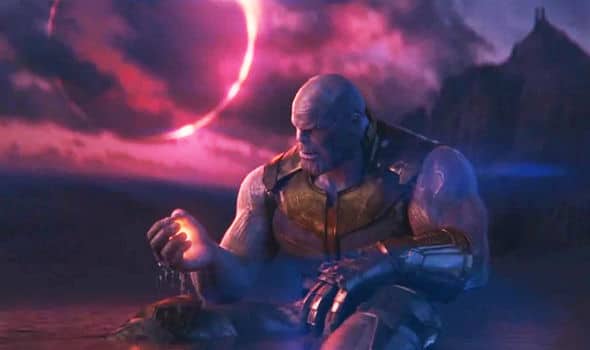 Gamora calls Vormir the “Dominion of Death”. There might be a reason why it is so. Maybe Vormir was where the Infinity Gauntlet was used to wipe out an entire race for the first time. The once bustling planet is now a desolate wasteland. It is because the Eternals killed all the Celestials that lived there. And they were the ones who hid the stones throughout the universe so that nobody else could have access to such power. 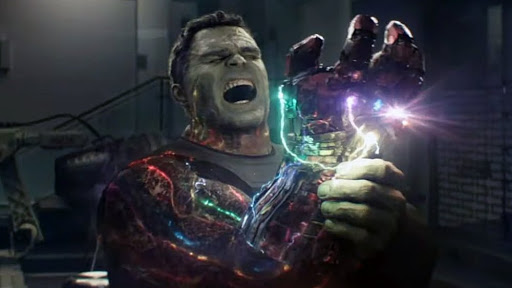 When the Hulk snapped his fingers in Endgame, what he was wishing for was to bring back all who died due the Infinity Gauntlet Snap. But even he did not know that the Thanos Snap was not the first one. There was another one that happened thousands of years ago at Vormir. The Eternals Snap destroyed the Celestial Race while the Hulk Snap brought them back again, dooming the universe forever. Maybe the new Eternals movie will shed some much needed light on this matter.

But if this theory is true, the Hulk could be responsible for resurrecting the universe’s greatest threat.