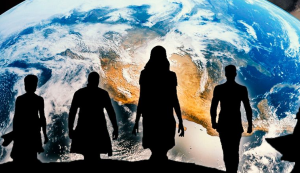 The upcoming Marvel Cinematic Universe film, Eternals, will introduce 10 new non-human superhero characters. But as per the director of the film, there is another character that will be as important as others in the story.

Zhao discussed in a first look article from Entertainment Weekly about what drew her in the film. It included both the spectacular visuals and an epic sense that Jack Kirby brought to the 1976 series. Precisely, Zhao was drawn to the idea of representing Earth itself as a character. This way, the audience would be comfortable following the changes that took place over the millennia with the Eternals.

Zhao echoed that “I thought, I can go as big and as epic as our meaning in the cosmos, but I can also go intimate and explore all of the internal struggles we have as human beings. Because these characters have lived among us for so long, they have the same struggles like identity, purpose, faith, personal freedom versus greater good — all the duality and flaws that make us human.”

Despite everything, Gemma Chan, who portrays Sersi in the film, said that the director follows an indie film approach, instead of a multi-million dollar blockbuster. She said, “We shot it like it was an indie film, almost completely on location using natural light, pretty much all at magic hour. It’s such an epic, ambitious film, with Zhao bringing her signature style and sensibility.”

With that said, Eternals is all set to get its theatrical release on November 5.