Every Character assisting LeBron and Bugs

As we all know, Space Jam 2 is coming out. The first one being very much liked by both the critics and the Audience. It brought together the amazing Michael Jordan and our favourite looney tunes characters together, to defeat the aliens from taking over the world, by playing Basketball. The seamless mixture of the cartoon and the real world left everyone in aww. But now the Looney Tunes have returned, and this time they’ll team up with Lebron James. And what we gathered from the trailer, it’s gonna push more boundaries, seemingly bringing the 2d characters into the third dimension.

And today we are gonna talk about every confirmed character who’ll be a part of Bugs Bunny’s and LeBron James’ Team. But before we jump into it. 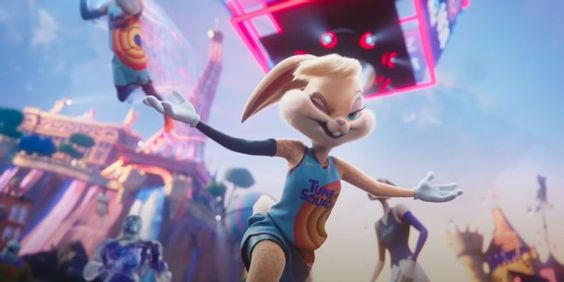 Lola Bunny was a standout character in the first film. Her skills exceeded anyone else in the team, She was strong and athletic. In the first film, she was also used as a love interest for Bugs Bunny to keep the tension up. So it’s obvious that she’ll be returning back with more practice, and will be a really important player for the Team. 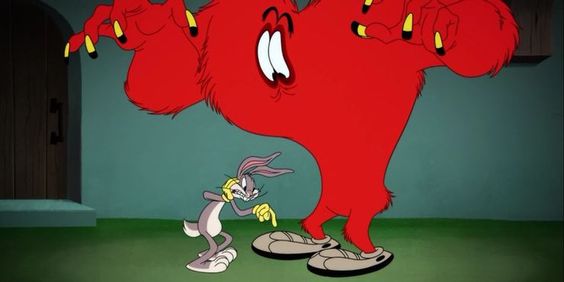 Gossamer is the Big red monster who often chased Bugs Bunny in the original cartoons. And in the trailer it was revealed that, this time he might be joining the Toon Squad and help them win. His size will be of a great advantage to the team. 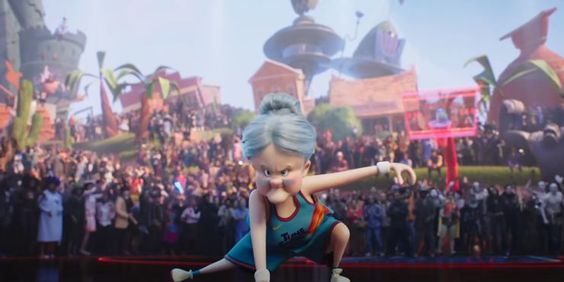 Out of all the characters that were confirmed, Gossamer and Granny were the only characters who weren’t a part of the previous team. Granny is the owner of Sylvester and tweety. And last time she was seen cheering for the team. But this time, it looks like she won’t be just cheering, she’ll be a valuable member to the team, and score a few points of her own. 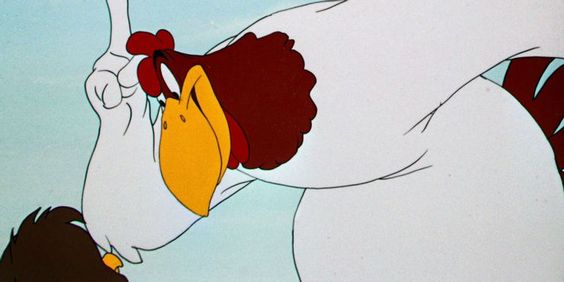 Foghorn is the big talkative rooster, who likes to annoy the barn dogs in the original cartoons. And the trailer revealed that he will be back in the team to annoy and prank their opponents. 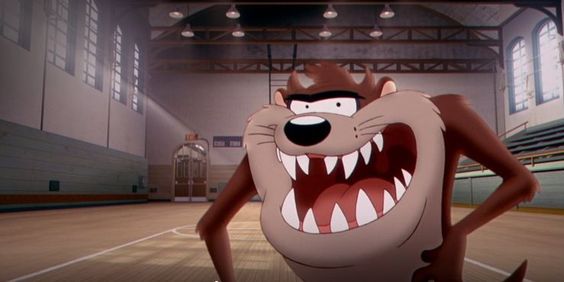 Taz is an obvious choice for the team. He’s a beloved character, and possesses great power and hunger. Although he did not make much impact on the Monstars, we feel like he will make up for it against the GoonSquad. 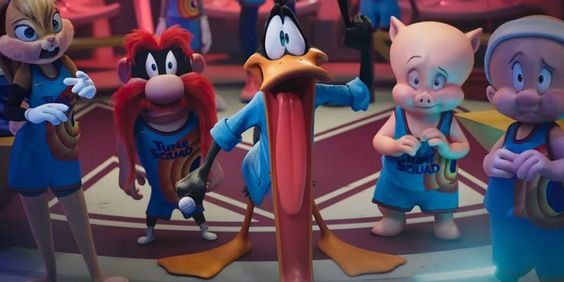 Daffy Duck will obviously play a major role in the movie. He was the one of three characters who played till the end of the movie, others being – Bugs and Lola.

So Daffy will surely return, and with his sense of humor, we are sure to see some funny interactions of other characters with him, or maybe even some funny disses at the opponents. 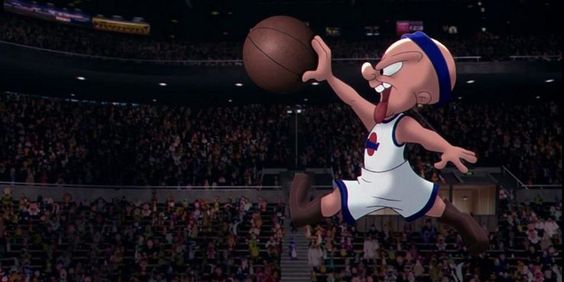 Elmer took a break from hunting Bugs to help him with the game in the previous movie, and he’s gonna make a return to help his friends again. Though unlike granny, He wasn’t a surprise character in the team. He proved himself more than worthy in the last movie, and will make a return to prove himself again. 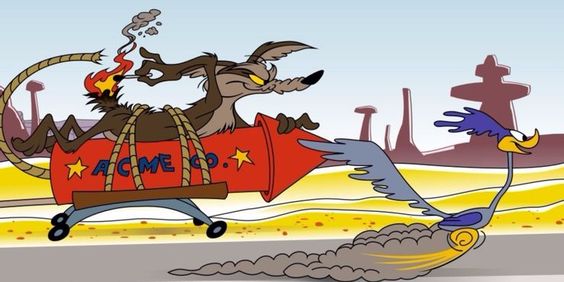 Wile E. Coyote and Road runner were arch nemesis in the original cartoons. With Wile E always trying to catch him with his contraptions and Roadrunner being just a step ahead to escape. But in the previous movie, They threw away their differences to help their team, and this time will be no different. And with Wile E’s contraptions and explosives and Roadrunner’s Speed, they will be valuable members to the team. 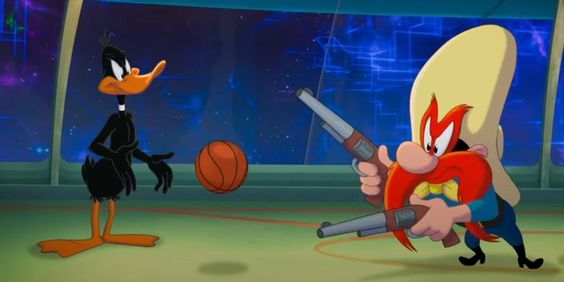 Being one of Bugs’ biggest enemies, Sam has taken many characters – pirate, cowboy, Space man, and with the Space Jam movies, a basketball Player. Although this time he won’t be against Bugs’ instead helping him. And the trailer also portrayed him with his iconic pistols, so things are about to get dangerous. 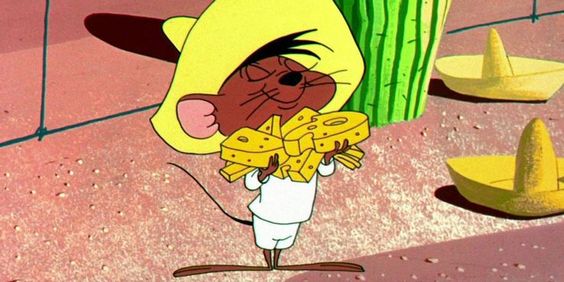 Speedy Gonzales wasn’t seen a lot in the trailer, but he was in a few shots. And obviously, being the “Fastest mouse in all of Mexico”, he sure will come in handy to the team. 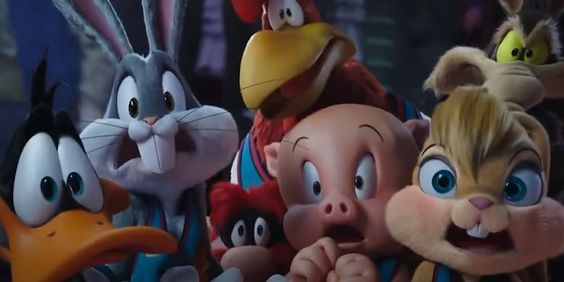 Porky Pig is one of the older Looney Tunes characters. And his appearance in the trailer got his fans excited. He appeared to be worried about who they’re pitted against. But don’t worry Porky, the team has got your back. 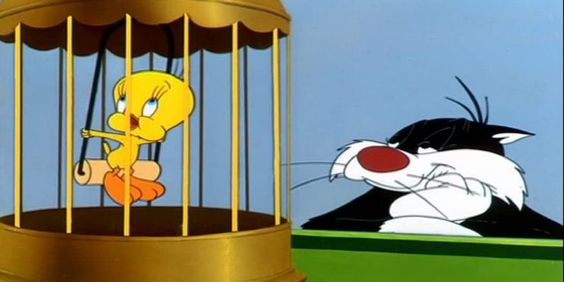 Obviously they’re gonna be important players for the team. In the previous movie, When not distracted by tweety, Sylvester proves himself to be more than capable for the team. And with tweety’s flight, They’d be of great help.

That’s it for this video, Let us know who your favorite characters are in the comments below.