What if Batman became the Joker? What if we combine the two sides of the same coin? What happens when an unstoppable force meets an immovable object? The answer is The Batman Who Laughs. If you think the Joker was scary, wait till you read this one.

CAUTION: Not for the Faint-Hearted. You will not like where this is going. 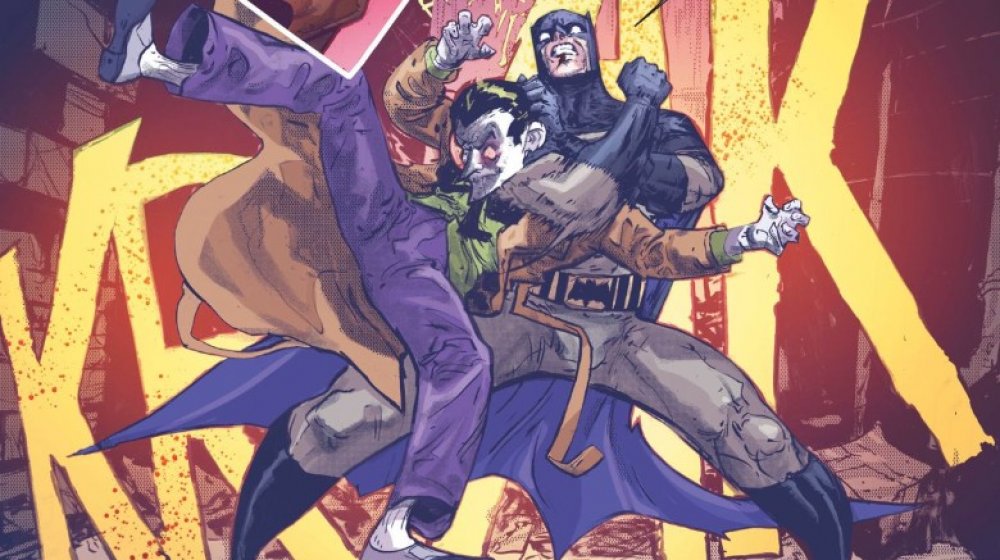 The Batman Who Laughs is the Bruce Wayne of Earth -22. The Universe lies in the Dark Multi Verse. In this alternate earth, Batman finally had the One Bad Day that the Joker referred to in Alan Moore’s The Killing Joke. The Joker of this Earth was dying. So he went on a killing spree. He destroyed hospitals, killed innocent lives, injected children with the Joker Toxin and recreated the original scene of Bruce’s Parents’ death just so he could break the Batman. And in this universe, it worked! The Batman killed the Joker and was in turn infected by a powerful version of the Joker Toxin, losing his morality and insanity in the process. 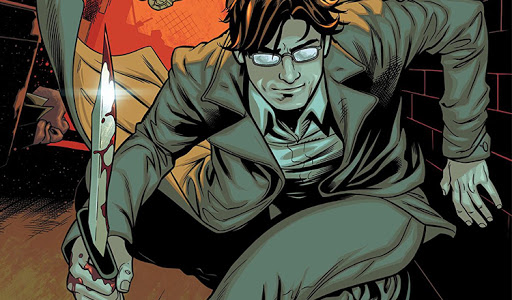 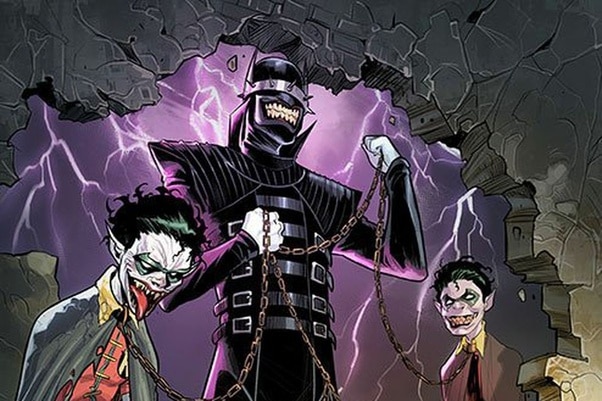 Speaking of the Crazy Robin pets of the Batman Who Laughs, we might have something even more disturbing for you. The Robin Army is composed of Robins that the Batman Who Laughs captured from different universes and tortured them into submission. They reply only to a single command – “Crow Bar”. If TBWL says crow, they attack and if he says bar, they remain steady. There is a deeper significance to that command. Fans of Batman would know that the Joker used a Crowbar to torture Jason Todd and kill him in Death in the Family. The fact that he turned that into a command for his Robin Army is dark and utterly macabre. 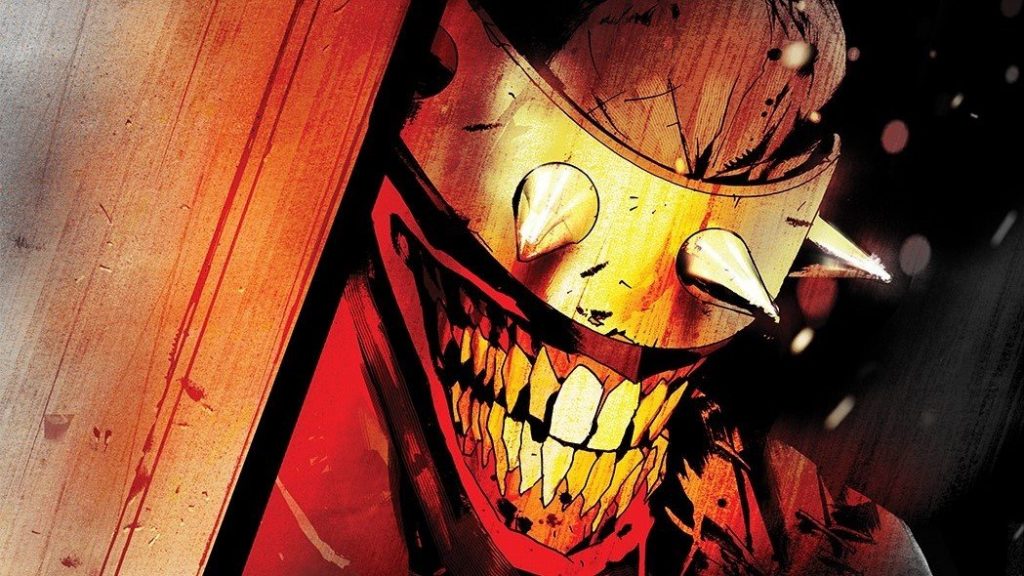 TBWL has the best elements of Bruce Wayne and the worst elements of the Joker. He has the entire Wayne Fortune at his fingertips and Joker’s mischievous mind to hatch up the craziest ways to hurt people around him. And that is not where the tale ends. TBWL also has a moral code more twisted than the Joker. The Joker at least shows some ideals when fighting Batman. He likes to keep it up close and personal and only does what he does to have a one on one with the Caped Crusader. TBWL does not draw a line. He will do literally anything. Including killing young children and pregnant women, to get the job done.

Has Figured Out Why Bruce is the Worst Batman 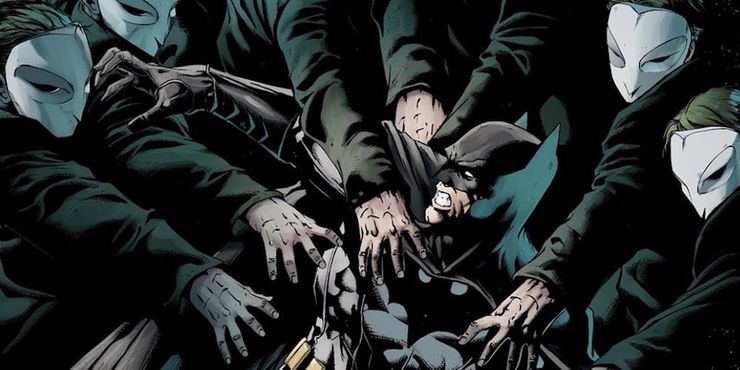 The single greatest fear Batman ever has is whether he has actually made a difference to the world by donning the cape and the cowl or was it all worthless. The answer comes in TBWL mini-series. The villain summarily deconstructs the question and gives him an answer Batman Prime did not want to hear. By becoming Batman, Bruce has actually made things worse. In other universes, Bruce actually made matters better. In one such universe, Bruce did not become a masked vigilante but the Mayor of Gotham using his massive wealth to turn Gotham into a bustling metropolis. Batman Prime, in his quest to ‘save’ the city, has doomed it forever. This truth broke Batman’s mind. 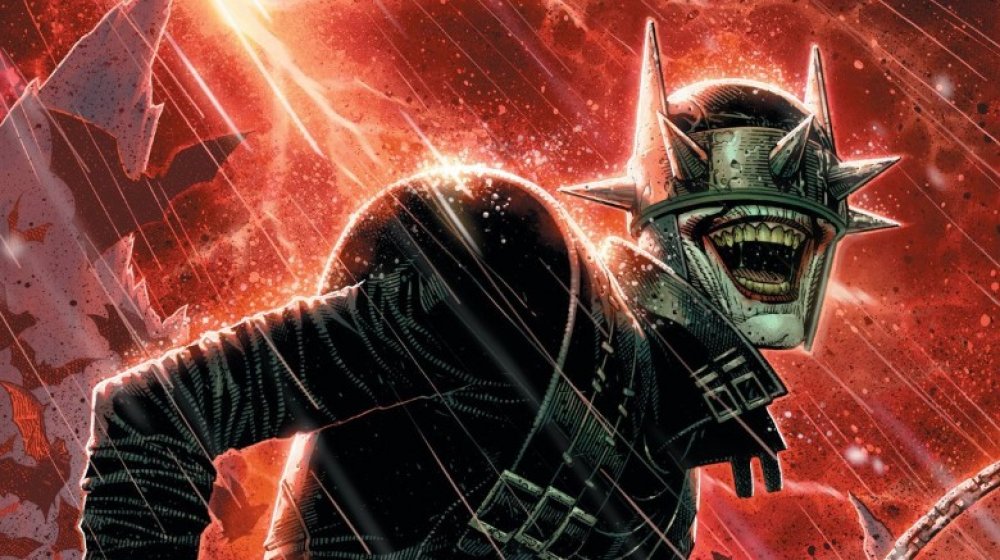 When the two Batmen from different universes finally entered the arena, the fight was supposed to be heavily tilted in the favor of Batman Prime. Surprisingly, it was TBWL who won the battle. While Batman Prime has a bulkier build and an advantage in raw strength, TBWL is leaner and thus more agile. In combat, speed is more valuable than Strength and The Batman Who Laughs proves why it is said so. In a one on one fight The Batman Who Laughs easily defeated Bruce Wayne while that is not a feat the Joker could claim of having achieved.

Can Look At the Entire Multi-Verse

The Batman Who Laughs has a spiked Visor where his eyes should be. It looks like a handicap to everyone. But the visor actually enhances his sight. The Joker Toxin has given TBWL the ability to peek through the multi verse’s membrane. He can directly look at other universes. The Visor is made up of the mysterious Nth Metal. It allows The Batman Who Laughs to concentrate his vision to a particular universe he needs to take a gander at. 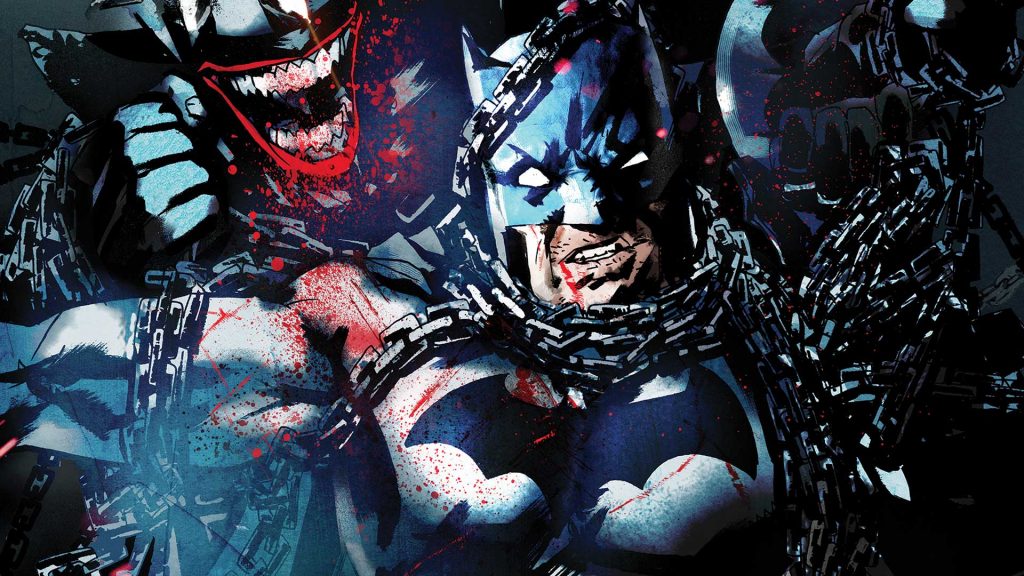 The purpose of The Batman Who Laughs was to make Bruce Wayne Prime see the error of his ways. Insanity was the key to setting Bruce Wayne ‘Free’. That is what TBWL believed in. All his allies including Jim Gordon, the Joker, and Jams Gordon Junior are beaten by the Dark Knight. The Joker gives Batman one last advice. If he really wants to defeat The Batman Who Laughs, he must think like him. And to think like him, he has to become him. So Batman took a vial of Joker Toxin and injected himself with it. Bruce let go of his mental inhibitions and let the Joker Toxin take over. TBWL finally did what the Joker never could – Drive Batman Insane.