The Master of Mystic Arts brought some of the best horror scenes in the MCU that fans never witnessed before. Along with the horror genre, the movie had one-liners that made fans ROFL. Even though the movie had the creepiest moments, memorable characters, and tributes to classic horror, Dr. Strange MOM gave audiences a refreshing cinematic experience. Being one of the goriest and most gothic Marvel movies yet, there are some brutally roasted moments in the Dr. Strange Multiverse of Madness.

Related, 5 Things You May Have Missed In Doctor Strange 2

America Chavez at the Kamartaj

After Dr. Strange went to Wanda Maximoff seeking help, he disclosed the identity of America Chavez. While America Chavez was hidden in Kamartaj, she said, “So the person you went to ask for help and told exactly where I am is the person that’s trying to kill me”.

Dr. Strange in front of the Illuminatis

While he was brought for the justice of his acts to the Illuminati, the commentary was a rollercoaster ride of laughs. While Mordo was introducing the Illuminati to Dr. Strange, he responded,  “did you guys chart in the 60s”. Dr. Strange later addressed Black Bolt as he does not speak as he has bad breaths.

Read More, Did Doctor Strange 2 Do The Illuminati Justice?

Dr. Strange and Christine at the Wedding While the husband was a fan of Dr. Strange, it seemed like Christine Palmer had no feelings left for the sorcerer supreme. Dr Strange said, “I never stopped caring about us and I am happy” to which Christine Palmer said, “It was never gonna work out between, and it’s good that you are happy. You deserve it!” The final ending scene was way below our expectations. It was just a punch by America Chavez and some old Disney melodrama ending that disappointed the fans.

Read More, Doctor Strange 2: Most Shocking Scenes In The Film

Friendzoned in his own movie 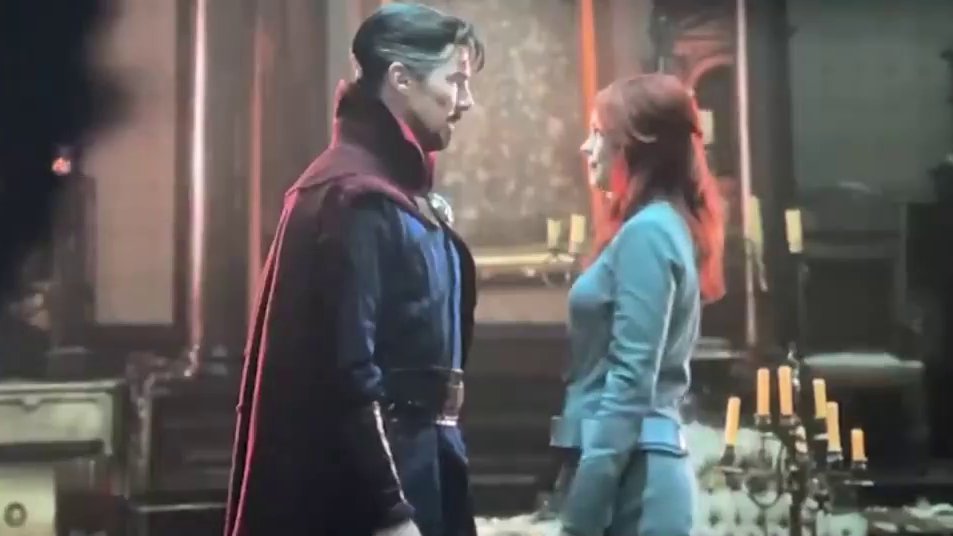