The Batman has had quite a few ups and downs since Warner Bros decided on making the movie; way back in 2014. From the leading actor to the director to the cast, the movie has seen a whole lot of changes in these years.

Back when Batman v Superman: Dawn of Justice was released; rumor about the movie first started going around. Ben Affleck was supposed to take up the mantle of the Knight of Gotham for the movie; and he would also be at the writer and director of the film – having complete creative freedom.

Then Affleck started losing interest; first stepping down from the directorial helm; and then moving out of the project completely when Matt Reeves came in with his ideas for it. After much scrutiny, Robert Pattinson was cast in the titular role; and the movie took a very different direction from what it was supposed to be. 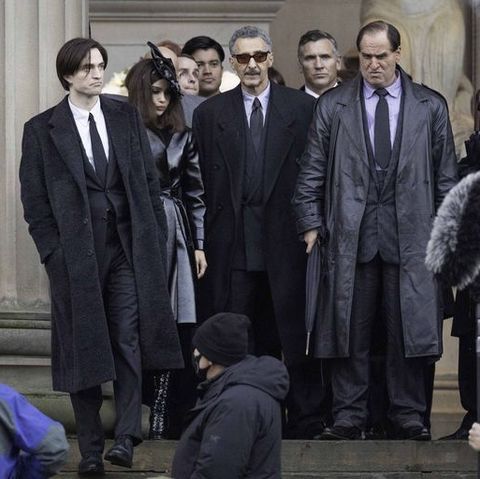 Now it’s 2021, the movie is almost done with production. After so many delays for so many different reasons, things are finally looking up. Most of the characters that we will get to see in the movie have been revealed; and with Matt Reeves at the helm, things are looking to be quite promising. So here is what we know about the cast of The Batman. 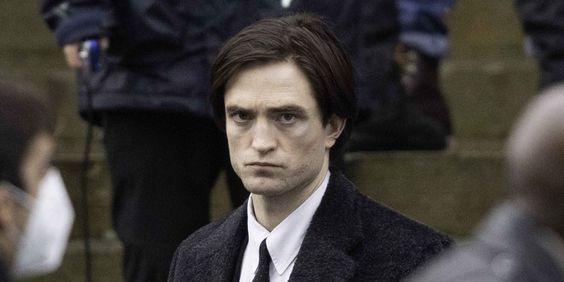 Where Ben Affleck would have played a much older, experienced version of Batman; Pattinson’s dark knight is much younger – only in his second year as the brooding vigilante of Gotham. His Batman is more angry at the world, and comparatively new to the world of crime fighting; he is not in good terms with the GCPD, even though they have an established working relationship. His tech is not as advanced, neither the Batcave as impressive as the one from Zack Snyder’s Justice League. But we have high hopes from the actor; and with how the teaser trailer looked, things looked right on money. 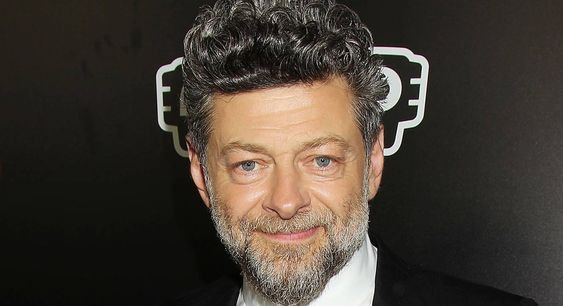 The character of Alfred Pennyworth – the butler to the Wayne’s, is played by the wonderful Andy Serkis. He is essentially the one who raised Bruce after the death of his parents – Thomas and Martha Wayne. And has been by his side for every adventure and misadventure. Alfred is the (sassy) voice of reason; and with Serkis playing the character, things are looking real good. Serkis has also hinted to Alfred’s past as an SAS Agent, something that everyone else glossed over in the past; so this butler knows how to hold his own in a fight – if it ever comes to that. 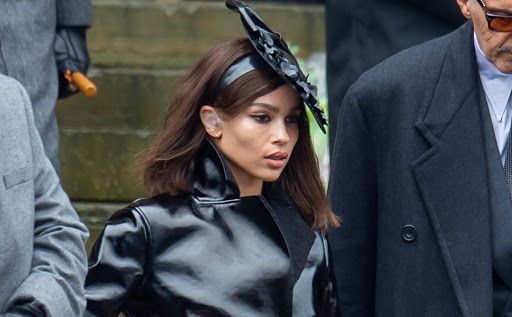 Zoe Kravitz is playing the elusive Selina Kyle aka the Catwoman. Selina in the comics is a rich heiress and a cat burglar at the same time; sharing a love-hate relationship with the resident vigilante. In some versions of the comics, Kyle has also been said to be the daughter of the mob boss – Carmine Falcone. And with a few of the leaked photos from the sets of The Batman; and seeing the two characters together on screen – we can speculate that it might be the case in this movie. 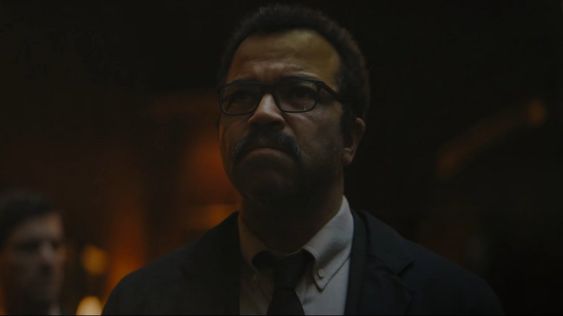 Jeffrey Wright plays one of the few honest police officers in the GSPD – Jim Gordon. This Gordon is not the police commissioner yet; but is the link between the GCPD and the Batman. He has established a working relationship between the force and the vigilante; going so far as to bringing him in on crime scenes. The Batman is also the first DC comics production, that is featuring a Jim Gordon who is a man of color. Wright is known to play reserved characters, and the one of Jim Gordon looks right up his alley. 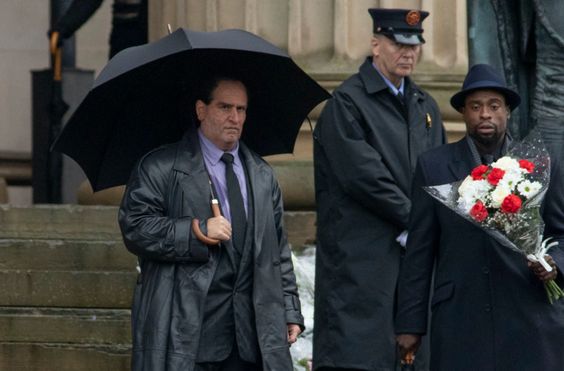 The teaser trailer of The Batman gave us a couple of glimpses of Colin Farrell’s Penguin; and he looked absolutely unrecognizable at first glance. Cobblepot in this movie is not yet The Penguin – a high end mob boss, but Penguin – just another criminal in the streets of Gotham. His life of crime is ever present, but he hasn’t yet reached the top. Farrell gained a lot of weight, and used quite a lot of prosthetics to become Penguin for this movie; and we are so very excited for it. 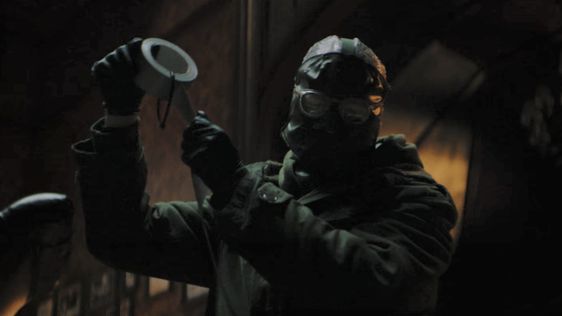 The Riddler is probably one of Batman’s most interesting villains. To make him the primary antagonist for the movie, was a brilliant plan. And given Paul Dano is playing the character – the expectations are off the roof. Dano is a brilliant actor, who brings out each and every character he plays in such a way, that it’s difficult to look away. The Riddler in this movie looks much more grounded; and seems to have an issue with Batman; which is why he has started a killing spree; calling out the Batman to catch him – just to get his attention. 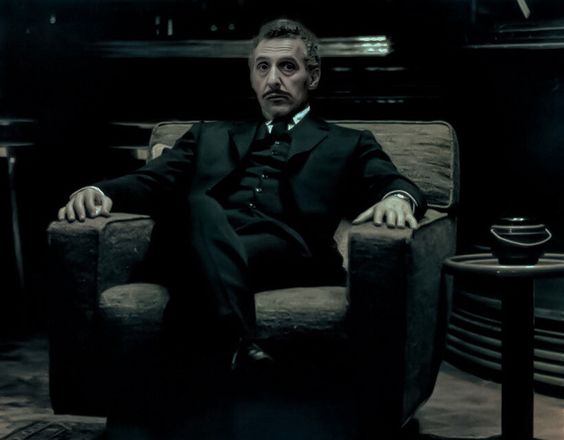 Carmine Falcone is a mob boss, who is quite familiar with the ins and outs of the Gotham underworld of crime. He is one of the most powerful personas when it comes to Gotham – having influence over not just the businesses; but also the GCPD, and even the Mayor of the city. In the comics, Carmine shares a history with the Wayne family; Thomas Wayne had once saved his life during a gang war. And given the rumors that this version of Selina Kyle might be Falcone’s daughter; the character will have a lot of interaction with Bruce Wayne, and not just Batman. 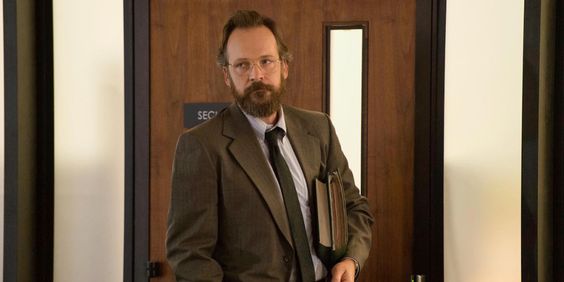 The character that Peter Sarsgaard is playing a Matt Reeves original for the movie. Colson is Gotham’s District Attorney, and not an honest person. Sarsgaard while talking about the character, said that Colson is “a pretty distasteful person”. In The Batman trailer, it is speculated that Colson might the one strapped to a bomb in the funeral scene. So his character will probably become one of the many casualties of The Riddler’s serial killing ways. The Riddler is supposedly trying to expose the corruption in Gotham city, and someone like a dishonest District Attorney definitely makes the cut.

The teaser trailer of The Batman shows up The Riddler taping up one of his victims – who we now know was the Mayor of Gotham city – Don Mitchell Jr. With the Mayor dead, political imbalance, and grab for power is the next step in a corrupt city like Gotham. The character Jayme Lawson is playing is that of a young Mayoral candidate. Her name is Bella Reál – an aspiring political figure in the city of Gotham; and is another original character by Matt Reeves for the movie.

Alex Ferns plays Commissioner Pete Savage of the Gotham City Police Department. In the trailer we see him doing a press conference; probably one of the many high profile deaths in Gotham committed by The Riddler. We although are not yet sure on whether Savage is one of the good guys; or just another corrupt individual in Gotham’s social hierarchy. This character is yet another original by Matt Reeves for The Batman.

Barry Keoghan is playing a young GCPD officer in the movie. Although we don’t have much information on his character, the character of Stanley Merkel does have its roots in the DC comics. Merkel was actually Jim Gordon’s first partner when he joined the GCPD. Unfortunately, in the comics the character was killed by the villain Hangman and left on Harvey Dent’s doorstep.

In addition, Rupert Penry-Jones and The Carver twins – Max and Charlie have also been cast in undisclosed roles. Though we can’t be sure about what Penry-Jones might play, there can be a few ideas when it comes to the Carver twins. Although Reeves has gone on to introduce quite a few original characters for this movie; but if we scrounge the DC comics world – these two could very well play the Trigger Twins.

The Trigger Twins – Tom and Tad Trigger were a couple of criminals who started out with bank robberies and petty theft. They have had a few storylines over the years – their altercation with Azrael Batman; as well as being turned into Black Lanterns upon their death during the Blackest Night crossover.

We can keep speculating for as long as we want; but to know how much of these speculations are true, we would just have to wait until March 4th of 2022; until Matt Reeves’ The Batman is released.