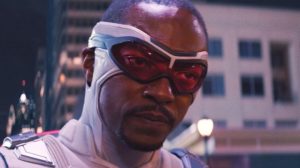 We have all heard the saying, “Ask and you shall receive.”, but when it comes to Marvel, you gotta hope, and eventually, you will be granted what you have asked for.

This exciting piece of news has broadcasted on Friday, April 23. The fans were really on the verge of fainting in happiness as it is the same day when the company’s latest Disney+ series, “The Falcon and The Winter Soldier“, wrapped its six-episode. What’s more amazing is that “The Falcon and the Winter Soldier” showrunner and lead writer Malcolm Spellman is attached to the project. One of the series’ staff writers, Dalan Musson, is co-writing the film’s script alongside Spellman.

This one will turn the epic Marvel movie trilogy into a saga. “Captain America 4” would be the second movie to do achieve this kind of feat following the forthcoming “Thor: Love and Thunder” that expand the existing three-film story of Chris Hemsworth’s God of Thunder and his Asgardian pals.

As of now, the film hasn’t secured a director yet. However, there are few hints and theories of this film that is quite aptly painted by the recent events in the Marvel Cinematic Universe. This would give a clear picture of what fans might expect from this upcoming flick.

Would it be Chris Evans or Anthony Mackie? 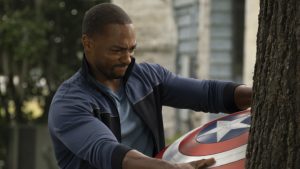 It is pretty unclear as to who is going to snatch away the main role as Captain America in the movie but there are a few speculations as to who could lead the titular role: Chris Evans and Anthony Mackie.

As the fans quite remember in a nostalgic way that the actor Chris Evans has played a character named Steve Rogers who is none other than Captain America in the movie “Captian America: The First Avenger”. The fans might also remember the sad part when the character came to a final end in “Avengers: Endgame” when he returns to the present as an old man sitting near a lake after placing the Infinity Stones in their respective places in the past. “Old Man Cap”, as fans have officially decided to call him has given his shield to Sam Wilson.

Considering this whole scenario, we would be less likely to see Chris Evans playing the titular role in the movie. Also, earlier this year we there were rumblings that Captain America’s role would be played by Chris Evans in the New movie, he played coy and tweeted, “News to me”. Plus, Marvel Studios is notoriously secretive, so even if he was set to play Cap again, it’s not like the company would just come right out and say it. As it stands, there’s really no way to know for certain whether or not an Evans reemergence is possible.

However, we feel that Mackie would be the best suitable character for played Captain America in new this movie considering where his character ended up in  “The Falcon and The Winter Soldier” episode 6. In this very final episode, we see the character played by Sam Wilson, the Falcon, wields the iconic shield, and advises the US policymakers on how the country should move forward since he is its major superheroic protector. With this all in mind, it could be argued that it wouldn’t make sense or even be a good move to bring Evans back when a new Captain America has just taken flight — one that has his own story to tell.