Sources close to Animated Times are now stating that Starfire and Wonder Girl will indeed fly in Titans season two, Lance Ausfresser who runs the biggest Facebook group regarding the topic stated that Starfire and Wonder Girl will fly in Season 2. Lance has confirmed that his getting this information from a “Reliable Source”. Although we seen Starfire fly many times in Comics and Animated shows/Movies it’s now super exciting to see the first live action Starfire fly. If you’re not familiar with Starfire we will give a description down below.

Who is a Starfire?

Starfire, sometimes “Star” (real name, Princess Koriand’r) is an alien princess from the distant world of Tamaran, and one of the five founding members of the Teen Titans. She is also Robin’s main love interest and finally becomes his girlfriend,
Starfire was born and raised on the planet Tamaran before arriving on Earth and joining the Teen Titans. The Tamaraneans are an emotional race who see feelings and sensations as the force that drives their very livelihood and strengthens their abilities. In fact, it’s their emotions that further increase their natural abilities of flight, and projection of pure ultraviolet energy. Because of this, Starfire is inherently the most sensitive member of the Titans.

She will also upgrade her costume in season two, see a photo down below! 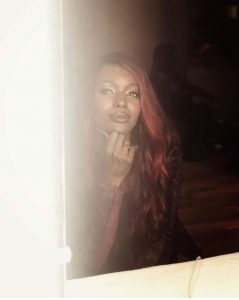 Wonder Girl didn’t play a huge part in season one, Sources state that she will have a much bigger part in season two, and who knows maybe DC Universe will give the character her own TV Series. If you’re unaware who Wonder Girl is we will also give a quick character description down below.

Wonder Girl is the alias of multiple superheroines featured in comic books and published by DC Comics. Donna Troy, the original Wonder Girl, was created by Bob Haney and Bruno Premiani and first appeared in The Brave and the Bold #60 (June/July 1965). The second Wonder Girl, Cassie Sandsmark, was created by John Byrne and first appeared in Wonder Woman (vol. 2) #105 (January 1996). Both are protégées of Wonder Woman and members of different incarnations of the Teen Titans. The alias has also been used in reference to a younger version of Wonder Woman as a teenager. Her abilities include: Wonder Girl has Super strength, Super speed, Flight, Super durable and all the basic powers like Wonder Woman. Cassie true strength and power is not yet on Wonder Woman’s Level. Cassie also has a lasso that can manipulate electricity and she also has bracelets much like that of Wonder Woman’s. 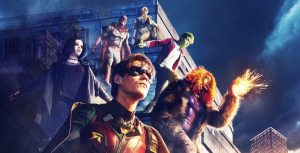 Given the fact that Titans doesn’t have a huge budget, it’s unlikely that we will see all the powers from Wonder Girl and Starfire.

What do you think of this news? Let us know!