A social media network is on fire for once, and it’s not Twitter. Severe outages were reported on Facebook, Instagram, and Snapchat at the beginning of Monday afternoon, although it is currently unclear how extensive the outages are. Tech outage tracking website Downdetector shows reports started flooding in early Monday afternoon, with the outages apparently impacting those along the Eastern Seaboard in the United States, in addition to locations in Argentina, Australia, Brazil, and the Philippines.

Instagram and Snapchat both seem to follow similar outage patterns, although Instagram has a substantial amount of reports on the West Coast, particularly in the American Southwest. There’s also a concentrated section of outages in New England.

With two of the three biggest social media networks down, fans quickly took to Twitter — which appears to be performing at full capacity as of this writing — to rant about the outages.

So instagram and Snapchat down I’m gonna have to resort to FACEBOOK URGHH YUCK #instagramdown #snapchatdown pic.twitter.com/te6qUCi1oe

The issues have become so common, the hashtag # SnapchatDown has begun to trend in the U.S., and those Snap fiends have a heyday sharing memes and videos about the incident on Twitter.

everyone running from snapchat to twitter to see if it’s down #snapchatdown #snapchat pic.twitter.com/lB6NhlQlt8

Me when i press the “tap to retry” button and it still doesn’t send after the 50th time #snapchatdown #snapchat pic.twitter.com/Y2B2f1pyfP

Moments recently, Snapchat tweeted that the platform issues should be solved because Facebook and Instagram still have to publish any kind of formal declaration or personal posting. The outages come hours after a study by Bank of America indicating that monthly downloads have slowed down for both Facebook and Instagram. According to a CNBC study, downloads from the Facebook app are down 15% year-over-year, while downloads from Instagram are down 9% year-over-year. In the third quarter, both track at least three percent slower than last year at the same moment. 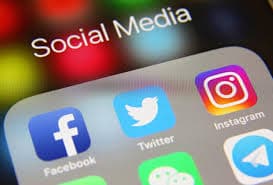 Though the bank’s analysis didn’t speculate the reason for the reduced usage, CNBC speculates consumers could still be apprehensive of the company following its Cambridge Analytica data scandal.