John Cena will make his debut in the superhero genre with The Suicide Squad. His character called the Peacemaker has been termed by him as a “Douchey” version of Captain America.

Here are some facts about him we bet you never knew.

Killed the President of the United States 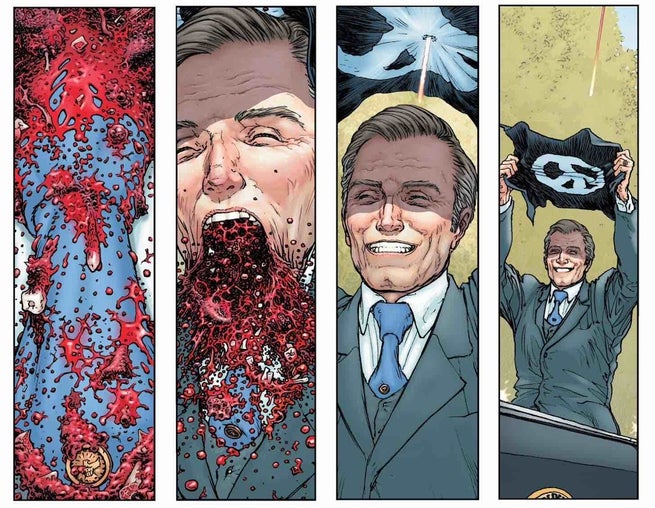 In Multiversity: Pax Americana, the Charlton Comic Characters have an interaction with the Watchmen.

The limited issue event involved the same story being told from the point of view of different characters and let the readers decide the outcome.

Long story short, the Peacemaker ended up killing President Harley. But it was actually Harley’s plan for defeating Death.

The plan went awry since the most crucial part of the plan involved Captain Atom. Atom was necessary to save Harley’s life.

But he had been removed from Earth 8 due to a SuperCollider engine forming a mini black hole that had transported him across space and time into an entirely new dimension.

The story sounds absolutely bonkers but remains one of the greatest milestones in graphic novel story-telling.

Not an Original DC Creation 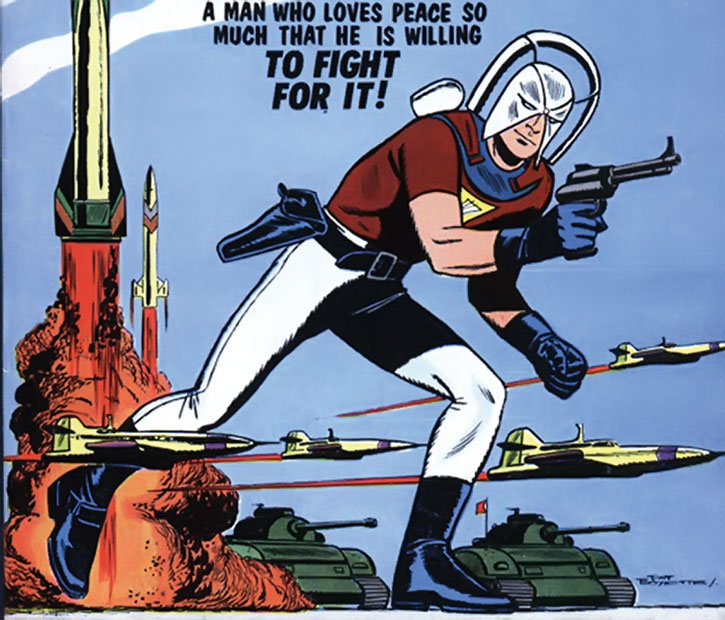 Charlton Comics caught its first taste of fame in the 1940s.

A rival of DC and Marvel Comics at that time, the Peacemaker was one of the back-up characters they created for Charlton Comics’ Espionage themed Fightin’ 5 issues.

He made his first comic book appearance in Fightin’ 5 #40. The comic book series was canceled due to poor sales in the very next issue.

The Peacemaker later got his solo series of five issues from March to November 1967.

Charlton Comics filed for bankruptcy in the 1980s and then DC Comics bailed them out.

All the characters of Charlton, including the peacemaker, thus became DC property.

In 1988, the Peacemaker received his official DC Solo series.

He is a Diplomat 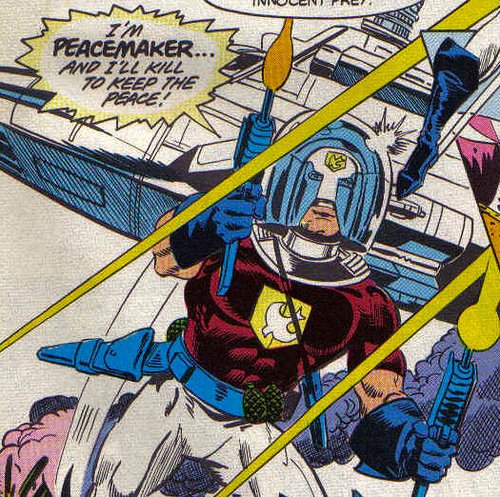 Christopher Smith is a diplomat who believes that peace is not away but the only way.

He is so committed to becoming the harbinger of peace that he will do anything to ensure to protect and safeguard it.

Christopher Smith uses an array of non-lethal weapons to enforce his idea of peace. Most of the villains the Peacemaker fights are Crime Lords, Gang Members, Dictators, and Tyrants.

It is later revealed that Smith believes in his idea of extreme peace because of the shame brought on to his family by his father, who used to be a Nazi Death Camp Commander during the Second World War. 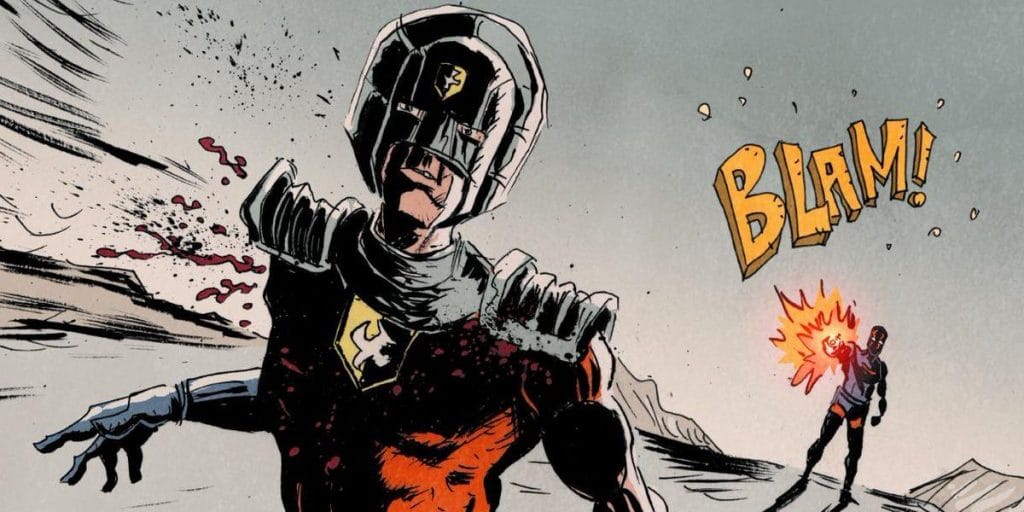 Ever thought why the Peacemaker wears that ridiculous helmet?

There is a particular reason for that too.

The Peacemaker has killed a lot of men and women who thought were threats to peace. The Helmet, according to Smith, collects the souls and spirits of all the people he has ever killed.

The souls then form a collective and give him advice and guide him when he is vulnerable or needs help. His insanity amplifies as he extends his career to become a US Government wet-works operative.

When he was hunting down terrorists, the Peacemaker crashed a chopper into their camp to kill Eclipso.

The helicopter in question had several US soldiers accompanying him.

All of them including the Peacemaker died in the crash. He was posthumously dishonorably discharged by the US Armed Forces. 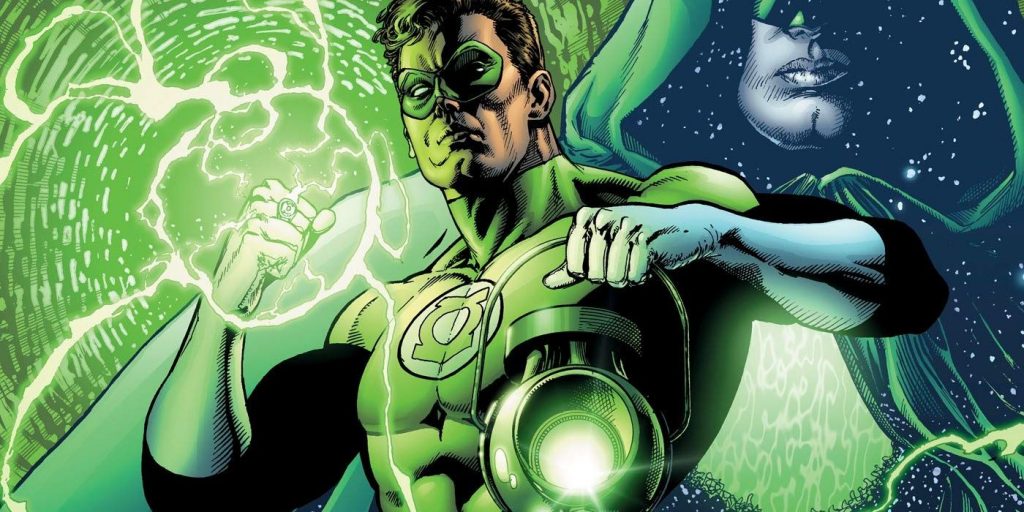 After his death, Christopher Smith ends up in Purgatory for all the chaos and violence he made.

Hal Jordan, who had also been trapped in Hell at that time, gets a few visitors. A team of superheroes come to recruit the Soul of Hal Jordan during the Day of Judgment series.

The guardian demons of Purgatory do not like trespassers.

They are about to strike down the heroes when Peacemaker leads a team of fallen heroes to create enough of a distraction for the heroes to escape with Hal Jordan.

He is seen to have mysteriously returned from the dead as seen in his battle against Doctor Manhattan during the events of Doomsday Clock. 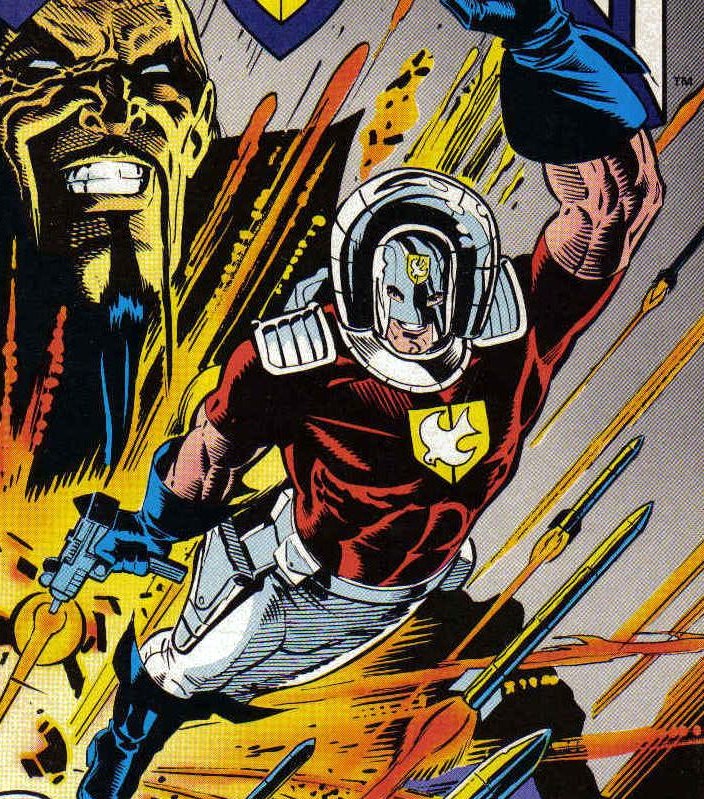 The Pax Institute is an institution that aims to spread the message of peace and harmony throughout the world.

IT’s students are trained in the art of diplomacy as well as close-quarter combat and strategy.

Christopher Smith has a massive fortune at his disposal due to his Nazi Father plundering Jew prisoners during the Holocaust.

He started the Pax Institute to create an army of Peacemakers that could enforce obedience to the law and protect the natural harmony of the planet and human society.

You May Like: Breaking Down the WW84 FanDome Trailer 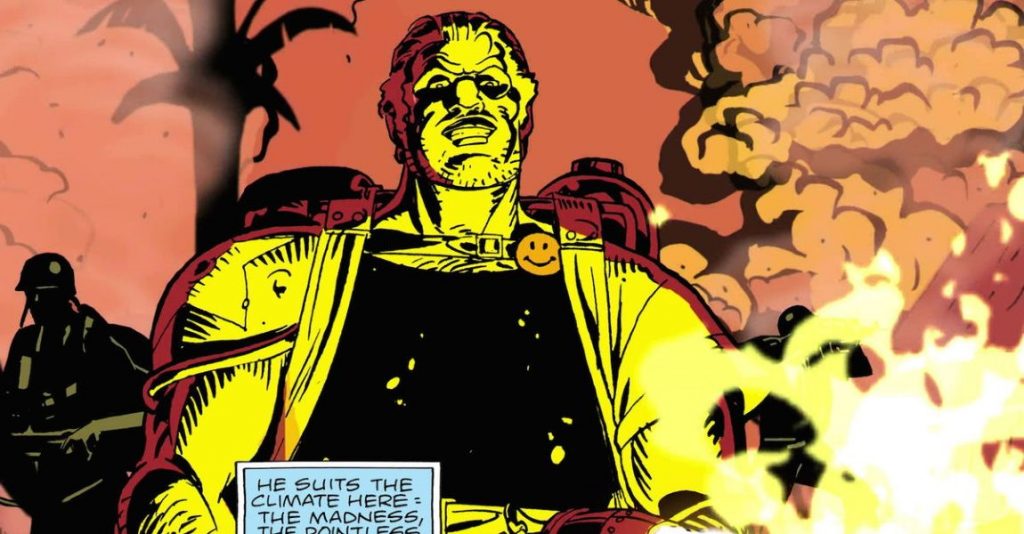 The Peacemaker of Charlton Comics was the one that later inspired Alan Moore to come up with The Comedian, a vital core member of the Watchmen.

The Peacemaker shares several similarities with him. The Comedian is just as stoic and cynical as the Peacemaker.

Both have similar attributes and strengths. Both intend to do the right thing in the wrong way.

The Comedian and the Peacemaker share another similar trait – both have PTSD and are borderline insane.

There are Three of Them 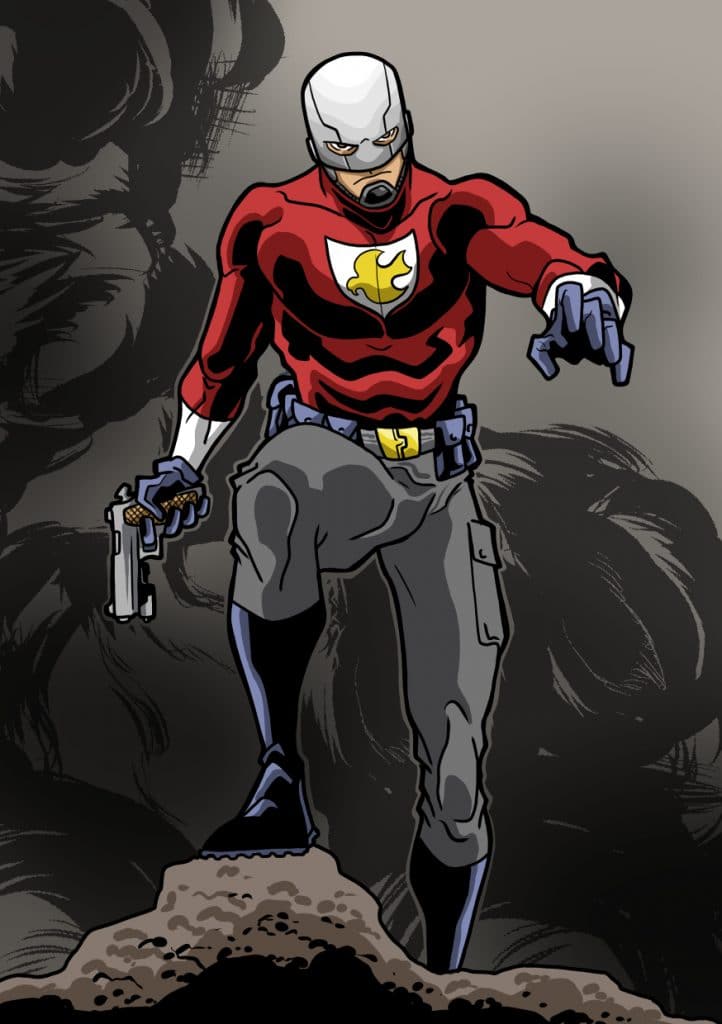 John Cena portrays the Christopher Smith version of the Peacemaker. There are two other versions of the anti-hero.

One version is called Mitchell Black. Mitchell was recruited by Project Peacemaker as part of a US Government-sponsored program.

He was part of The L.A.W miniseries. Black was killed by Prometheus prior to the events of Infinite Crisis by Prometheus.

The second version was an unnamed felon who loved peace so much that he would even kill to keep it safe.

This new Peacemaker did not sport the signature helmet and appeared in the issues of Pre-Flashpoint Blue Beetle.

Is an Expert Strategist 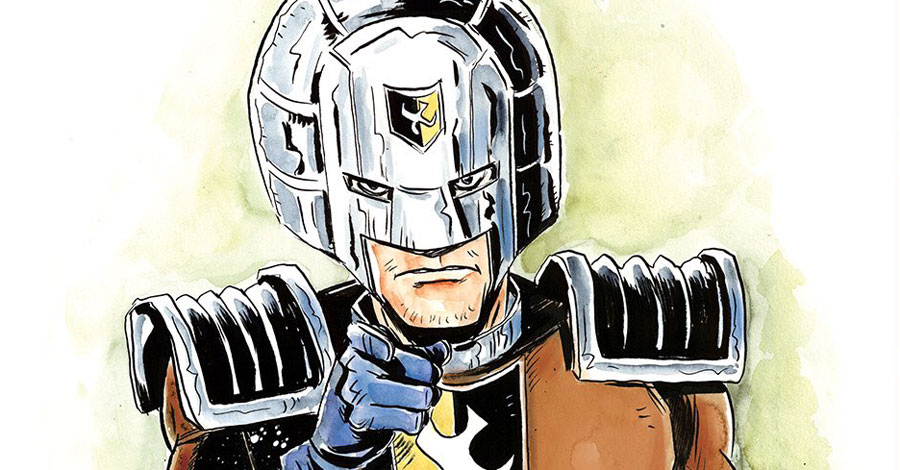 While he does have bipolar disorder and extreme schizophrenia, Peacemaker has an extremely gifted tactical mind.

He can come up with plans and strategies within split-seconds. He is known to use that brilliant little mind of his to analyze the entire battlefield and come up with ways to win against a numerically superior training.

He was also trained in the art of warfare by the greatest specialists the US Armed Forces have to offer.

He is also an exceptionally good pilot and driver.

Exists in the Arrowverse 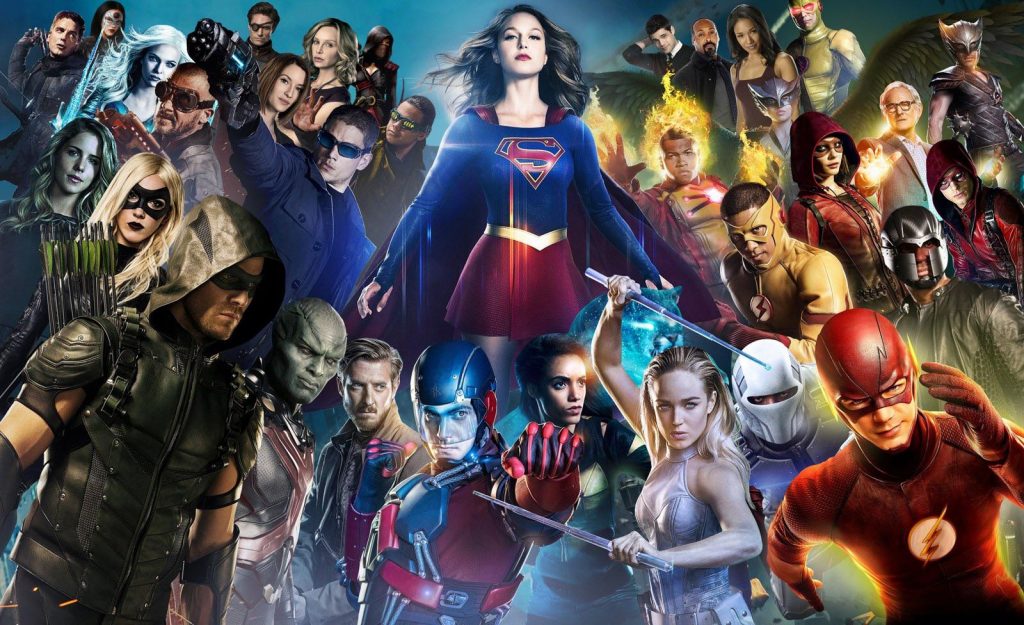 Black Lightning became an official part of The Arrowverse with the recent crossover event Crisis on Infinite Earths.

In Black Lightning Season 1, Christopher Smith is mentioned in the episode titled “Equinox: The Book of Fate”.

He was said to be the CEO and Founder of Pax Institute. This proves beyond the shadow of any doubt that the Peacemaker exists in at least some form in the Arrowverse’s multiverse.