With the release date for the new Marvel Cinematic Universe show Falcon and the Winter Soldier drawing near, a series of set photos have hit the internet. With a plethora of information, fans are getting their first glimpses at what and who the show might be featuring. We already know that the US Agent and the Japanese Super Villain Gorgon will be in the Disney+ Series. But new images from the sets of Falcon and the Winter Soldier sees the surprise (and secret) return of a Captain America 2 villain. Can you guess which villain we might be talking about?

The second Captain America movie, Captain America: The Winter Soldier saw the First Avenger fight Hydra’s forces as it reared its head deep within the echelons of Shield. Many secondary villains like Arnim Zola, Brock Rumlow and Jasper Sitwell made it to the big screens. The onus fell on Bucky Barnes/Winter Soldier and Alexander Pierce to carry the antagonists’ side in Captain America 2. But the villain we are talking about is none of those. This particular guy was kind of a ‘blink and you miss’ character.

We will let you in on this one. The Winter Soldier villain we are talking about is played by Georges St-Pierre, who is known to play the character of Batroc the Leaper in the MCU movie. New set images show St-Pierre on set for the show. Batroc gave a tough fight to Captain America, who met his match in terms of sheer close quarter combat during the very beginning of Captain America 2. The show is remaining as grounded as possible. Centering on an espionage-thriller genre, the inclusion of Batroc in the show, who is known to be a gun for hire and mercenary in the Marvel Comic Book Universe will only add to the show’s charm. 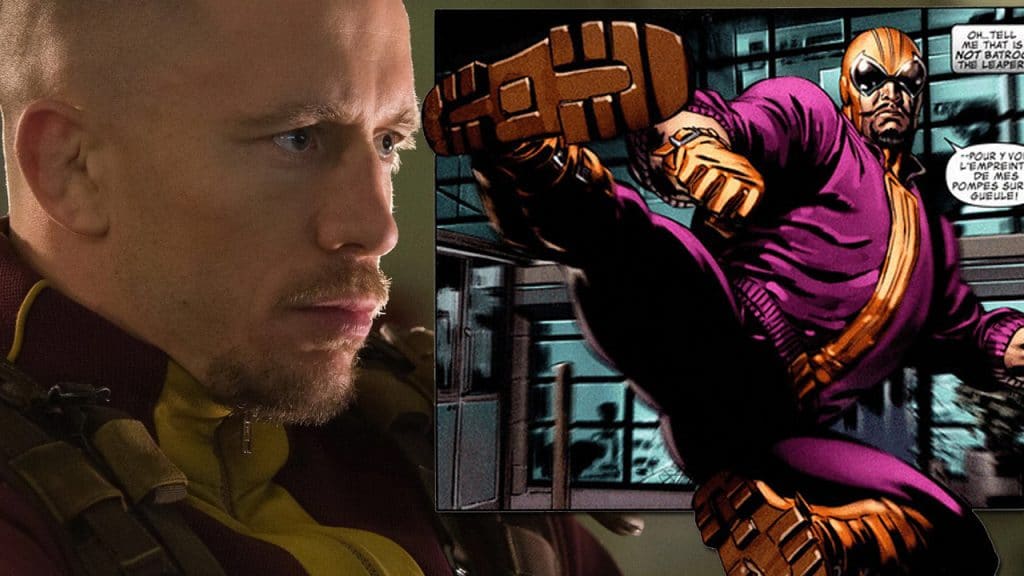 Also Read: Can Falcon Lead the Avengers as Captain America?

The six episode hour long format of the show opens up a number of possibilities for Falcon and the Winter Soldier to move forward. The show will star Anthony Mackie as Sam Wilson aka the falcon and Bucky Barnes aka the Winter Soldier in lead roles. It will also feature Emily VanCamp, who will play the role of Agent 13/Sharon Carter and Daniel Bruhl who will reprise the role of Zemo. Along with Gorgon and the US Agent, another recurring character in the series will be St-Pierre’s Batroc, who has not been seen in any MCU movie since Captain America: The Winter Soldier.

Emily VanCamp and Georges St-Pierre are back on the set of "The Falcon and the Winter Soldier" after COVID-19 lockdowns prevented filming for months – see the new set pics! https://t.co/LOC10JiuFz

The show recently resumed production, with its plans having been halted long ago due to the corona virus pandemic. New set photos show the return of Batroc the leaper. Georges St-Pierre is shown heavily in the newly released set photos. His character sports a costume that bears the trademark colors of Batroc’s comic book costume – purple and gold. The pictures also show Emily VanCamp’s Sharon Carter as well as Desmond Chain, whose role in the Disney+ show is as of yet unknown.

You May Also Like: Will Red Skull Return in Falcon and the Winter Soldier Show

Many had already theorized given the nature of Batroc’s character, he would have easily fit into Falcon and the Winter Soldier. The new set photos only confirm long held fan theories. The actual role he plays in the show’s story line is not known. The last time we saw Batroc, he was captured by Shield’s forces and taken into captivity. With Hydra taking over Shield, many believed that Batroc made his way out into the wild. The set photos show that Batroc is working with Sharon Carter. Has he become a hero or is he forcing Agent 13 to work for him?  Both options are interesting directions to explore for the character. 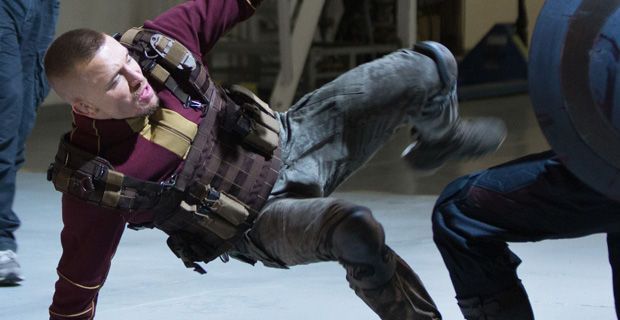 The inclusion of Batroc only confirms Marvel Studios’ attempt to show just how deep-rooted the connections the MCU Disney+ shows will have with the larger Marvel Cinematic Universe. Batroc has not so much of a future in the Marvel movies but the show’s episodic format will give the character some much-needed spotlight. The character is known for his fighting proficiency. That is an aspect Falcon and the Winter Soldier will take seriously. Expect a lot of breath-taking action sequences because that’s where the show intends to score brownie points. Maybe we will see Falcon and the Winter Soldier fight Batroc in a two vs. one battle. It will be a nice way of gauging their close combat skills in the show.