Marvel‘s forthcoming Disney+ series, WandaVision, might help clarify where the mutants have been in the MCU this whole time. While being an enormous part of Marvel’s comic books, the Marvel Cinematic Universe has mostly functioned to this point as if the X-Men, and mutants, in general, do not exist.

The explanation for this was the long-standing, tense relationship between Marvel and 20th Century Fox.

Now that Disney has obtained 20th Century Fox. Therefore the rights of X-Men and Fantastic Four are again under Marvel’s power. Marvel already has plans.

It’s been unavoidable that since the acquiring of Fox, that Marvel would slide the X-Men into the MCU. But the introduction of the X-Men and the whole idea of the mutants, the period, into a world that has so far, operated as if they did not exist, is very unusual.

Taking Inspiration from ‘The House of M’ Comic

That’s precisely where WandaVision comes in. Marvel’s premium Disney+ series is already known to be crucial for the future of the MCU. It could very well be the series that discusses why the MCU has never had the X-Men.

Marvel has made it much more than clear that WandaVision will draw a lot of ideas from the House of M comics. In that story, Scarlet Witch suffers a mental breakdown following the loss of her twins to Vision. And begins to warp reality in her grief. Although her father (Magneto) and Professor X are trying their best to help her overcome her grief. Professor X is even trying to heal her mind, she is still fractured, and reality is warping further. When her twin brother, Pietro, a.k.a. Quicksilver, warns her that she’s too dangerous to be allowed to survive, he suggests she creates a new reality.

Her breakdown and the accidental power boost of Professor X help her construct an imaginary universe that is so strong that it overshadows the true Marvel universe for some time.

All this contributes to the portion of House of M relevant to this theory. In the alternate timeline, Magneto dominates the earth with mutants as the dominant race. After he learns that this isn’t real, and the concept was actually Quicksilver’s idea, he kills Pietro in a moment of rage. Wanda, devastated by her brother’s death, brings Quicksilver back from the dead and turns to her father, angry that Magneto still picks mutants over his own family.

In just a split second, Wanda instantly restores reality to “normal” and wipe out 98% of the planet’s mutant population.

Explaining the Existence of Mutants

WandaVision may justify mutants not being in the MCU at this point by offering two different theories. One, there might be a revised comic book route in which Wanda mistakenly wiped out the mutants of the globe. But no one in the MCU recalled that reality or that the X-Men had once existed, not even the X-Men themselves. After the happenings of WandaVision, their mutant attributes, and the memories of everybody, could be returned. Or, two, it could focus more firmly into the parallel universes. And timelines that Marvel is building up in Phase 4. Scarlet Witch may have whacked all the mutants of the Marvel movie universe into an alternate universe, and no one in the MCU could recall them again.

It’s important to note that WandaVision will ultimately lead into the happenings of Doctor Strange in the Multiverse of Madness with Scarlet Witch verified for the new film. 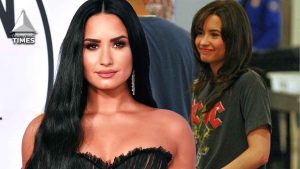