First Look at Will Smith’s Genie in Aladdin

Fans got an extended look at Disney’s Aladdin as it found its way into the broadcast of tonight’s 61st Grammy Awards. We also got our first look at Will Smith’s Genie, confirming that he will look a lot like the animated version.

A still released last year showed Smith in his genie form but lacking his blue skin. Despite the initial cold reception from fans, Aladdin producer Dan Lin insisted Smith’s take on the Genie would be blue in the film.

“He’s big blue Genie,” Lin previously said. “He’s got a great tail, he’s really bulky but he’s really fun. He brings his own style and hip hop flavor to it.”

Aladdin will hit the theaters on May 24.

Here are the best fan-reactions:

Will Smith out here looking like the first Smurf to have a Four Loko and not look back in #aladdin pic.twitter.com/ujrAVKAZ0x

Why does Will Smith in Aladdin look like Paul Giamatti from Big Fat Liar? #Grammys #Aladdin #WillSmith pic.twitter.com/IV0fTEVgEm

Will Smith as the Genie in Aladdin … I’M LOSING MY MIND ? pic.twitter.com/i2FUStNrXD

so a new trailer for #Aladdin premiered during the #Grammys and it showed Will Smith’s Genie and… i don’t know chief pic.twitter.com/za045I6RVU 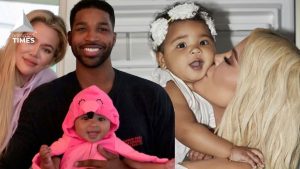 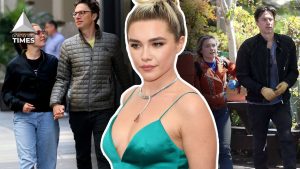 ‘Been Trying To Do This Separation Without The World Knowing’: MCU Star Florence Pugh Says She Kept Split With Zach Braff A Secret Because Trespassing Media Goes Too Far