Home
Movies
Far From Home: MCU Fans See A Nod To Fantastic Four In The Trailer

Far From Home trailer presented Jake Gyllenhaal as Mysterio. However, it also gave the first take at the condition of the MCU following Avengers: Endgame. Obviously, the footage has been investigated for any hints about everything.

From the true villain of the film to who may have died in the last fight against Thanos. A lot of Easter eggs have just been revealed. However, fans also guess the trailer revealed proof of the Fantastic Four’s inevitable landing in the MCU.

Disney’s obtaining of Fox is nearly finished. This implies the film rights to the Fantastic Four before long will be under the control of Marvel Studios.

Not long after the purchase was reported, it was theorized that Homecoming had officially opened the way to Marvel’s First Family with the clearance of Avengers Tower.

We pondered whether the anonymous purchaser could be Mr. Fantastic himself, Reed Richards, who might rebrand the pinnacle as the Baxter Building. Presently, a few fans trust Far From Home’s first trailer has uncovered the remodels that will change the unmistakable Avengers Tower into the notable headquarters, and home, of the Fantastic Four.

Where in the trailer?

In the footage, Spider-Man swings through New York City, past the “Battle of New York” statue at Grand Central Station.

Behind it, the Avengers Tower is experiencing a redesign that seems proposed to change its bent lines into a skyscraper. Going by Marvel comics, it’s a plan that could beyond any doubt resemble the Baxter Building.

The shot is no accident. It really demonstrates the sale of Avengers Tower was anything but an insignificant plot device in Homecoming to move Spider-Man and the Vulture into place for a climactic fight.

If the MCU has shown us anything, it’s that Kevin Feige and the movie producers are patient. They plant seeds in a single film that regularly don’t flourish until years.

It’s conceivable that, in the midst of Peter Parker’s European capers in Far From Home, the identity of the building’s new owner will be revealed. However, it could be a string that serves more purpose than to empower speculations among the fans. 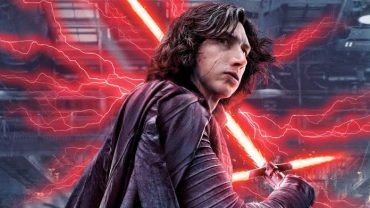