Advertisements can be both eye catching as well as unemphatic.  Where some stay in our mind for a long while, some we forget as soon as we are done seeing them.

But what about ads with some of your favorite comic book or movie characters in them?

Russian illustrator Lesya Guseva tried to do exactly that by making fictional ads starring some of the most popular superheroes and villains. Here are 8 such advertisements from some of our favorite comic characters. 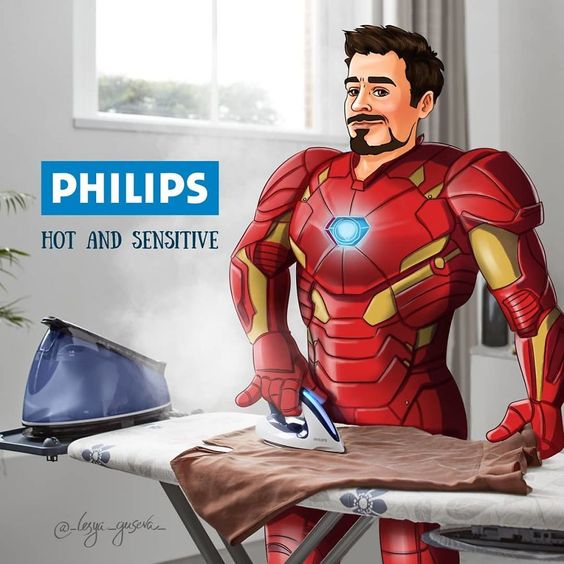 If Iron Man is part of an advertisement campaign, its bound to be for something technological. He is someone who gives importance to innovative ideas and Philips is definitely that. After all its all about – Innovation and You. 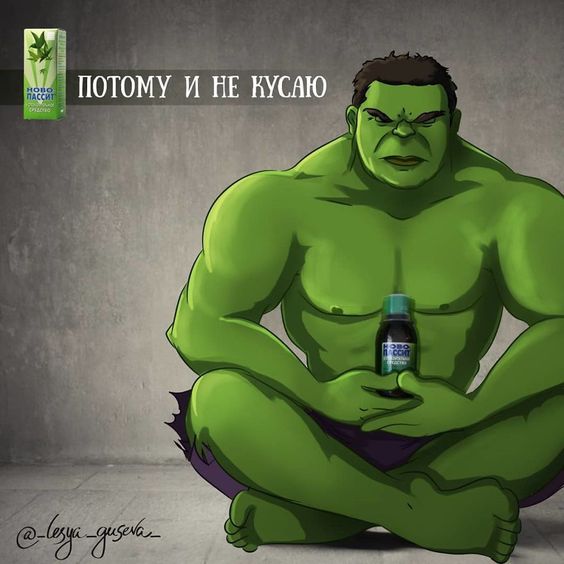 If any hero is in need of a goo sedative, it’s the big green hulking giant. With the amount of stress the doctor is at all times, he is in dire need of those and would be a perfect fit for this advertisement. 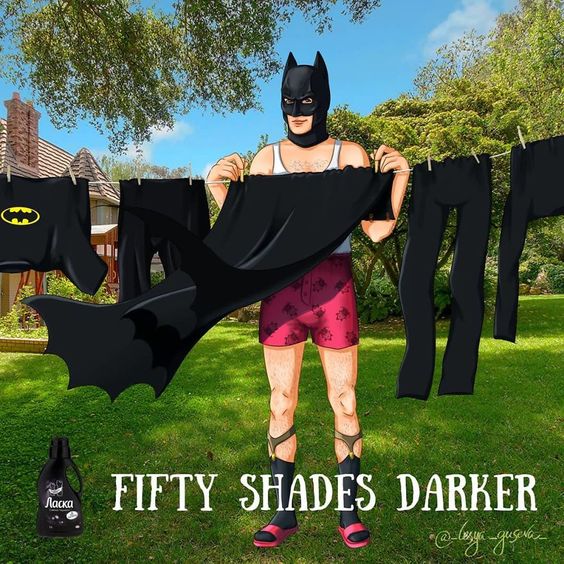 Batman’s suit and tights need to be super soft if he wants to go fight crime every night in the streets of Gotham. With all the jumping around and kicking and punching this man gets up to, a detergent is exactly what he needs! 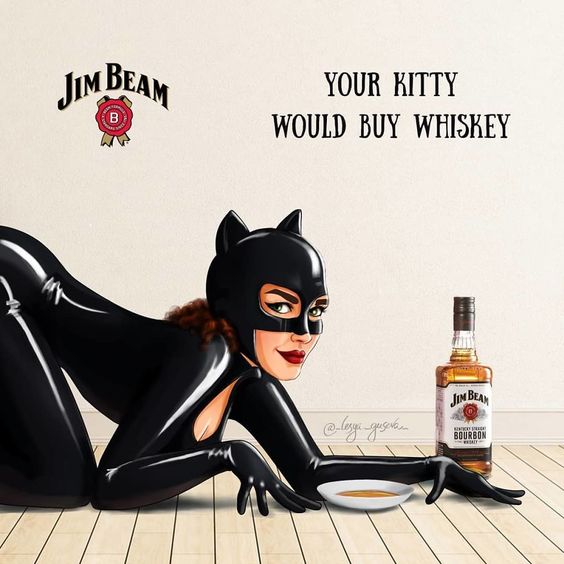 This Cat might not get you the whiskers, but she can sure bring the whiskey. Catwoman in an advertisement for Jim Beam in her plate, instead of milk and this is advertisement genius. 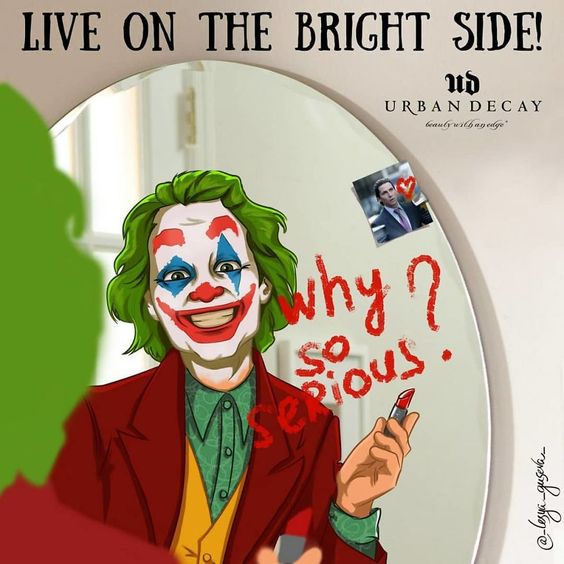 With how much face paint and lipstick the Joker uses, he is probably a regular customer at cosmetic stores. So of course he is the perfect choice to be in advertisements for cosmetics. 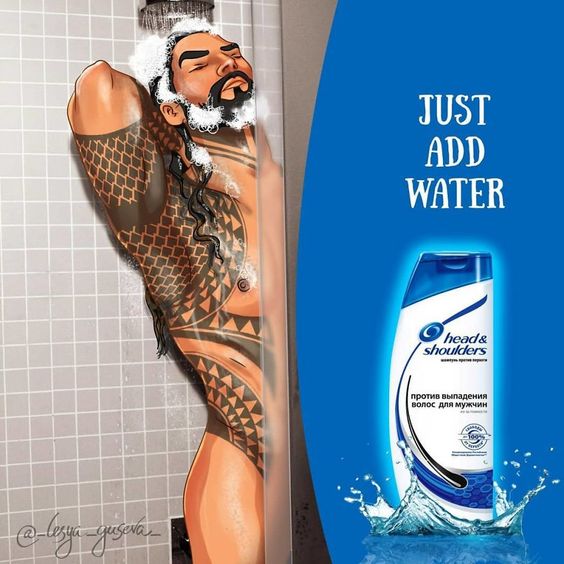 Aquaman for an advertisement for shampoo might not make sense in the first glance, but the artist did apply some logic to it. Just add some water to the shampoo and the magic happens immediately! And who better to bring that touch of water than Aquaman himself! 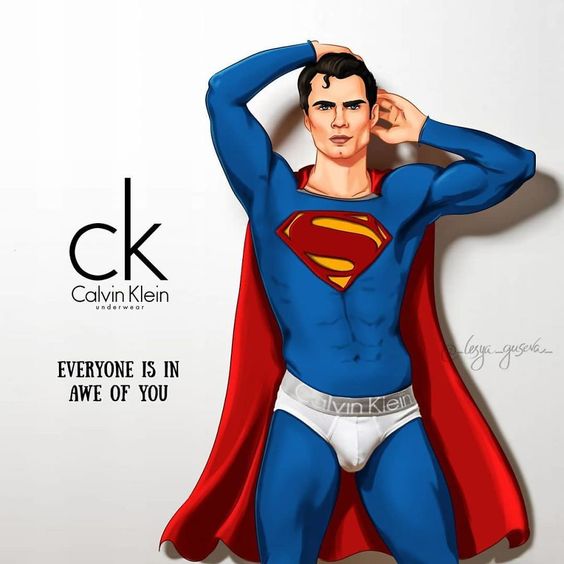 Everyone knows Superman wears his red underwear above his blue costume. So it kinds makes sense that he would be o an ad for one of the most popular brand for underwear in the world – Calvin Klein! 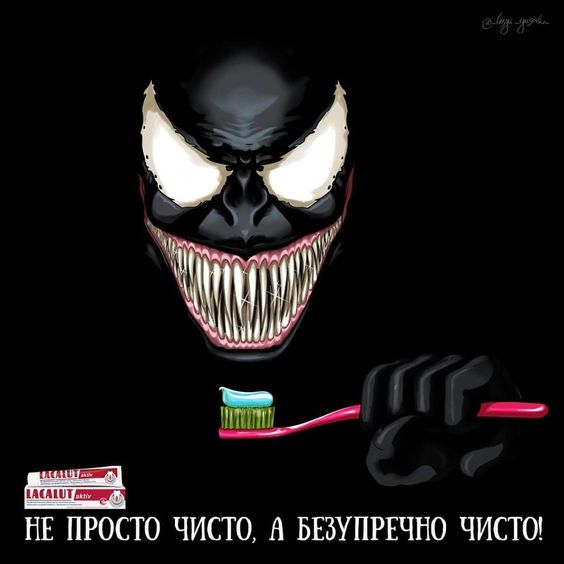 Venom and his big teeth need to be squeaky clean! And with how big the stretch of his mouth is, and how much blood and gore tend to be in his daily life, it is hard work. So toothpaste to keep his mouth clean is definitely a go!