This week has been pretty happening for all DC fans, with the Joker spinoff film kicking off its filming and Harley Quinn’s Birds of Prey beginning its casting.

I know, you must be wondering, what about that Joker and Harley movie? Well, it turns out that writers John Requa and Glenn Ficarra have given their scripts for “Mad Love” inspired film. The two even revealed a few details of the film, like how it will start with relationship issues between Joker and Harley Quinn.

“It is great,” Ficarra told Metro. “The whole thing starts with Harley kidnapping Dr Phil. Played by Dr Phil hopefully. Because she and the Joker are having problems with their relationship. We had so much fun, I don’t know if we have had more fun writing a script in our career.” 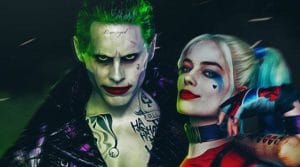 Both the writers have worked together for Bad Santa and have also helmed many episodes of NBC’s This Is Us. Interestingly, the Joker-Harley Quinn film will combine these two tones.

“It was sort of like, we wrote Bad Santa a couple of years ago, and it was that sensibility mixed with our This Is Us sensibility,” Ficarra said. “We meshed them together. We were doing a relationship movie but with the sensibility of a Bad Santa, f***ed up, mentally deranged people. It was a lot of fun.”

However, the film could be on hold for some time in the future. With Joaquin Phoenix’s Joker already in its filming phase and Birds of Prey getting ready to begin its production next, plans for “Mad Love” are currently on hold.

“I don’t know where it is on the queue of DC movies,” Requa said.