With Valiant initiating its movie universe with Vin Diesel’s Bloodshot movie, we might have our hands on the first full look at Vin Deisel as Bloodshot.

This image was revealed as a part of fundraiser charity ‘Game4Paul’ in which Vin Diesel partnered with Xbox to provide various items in order to help raise money for the Walker’s charity Reach out WorldWide, in which one of the items was a copy of Bloodshot Salvation #12 signed by Diesel and drawn by Diesel’s favorite artist Lewis LaRosa, the cover of which reveals Diesel as Bloodshot for the first time. Have a look at the cover yourself: 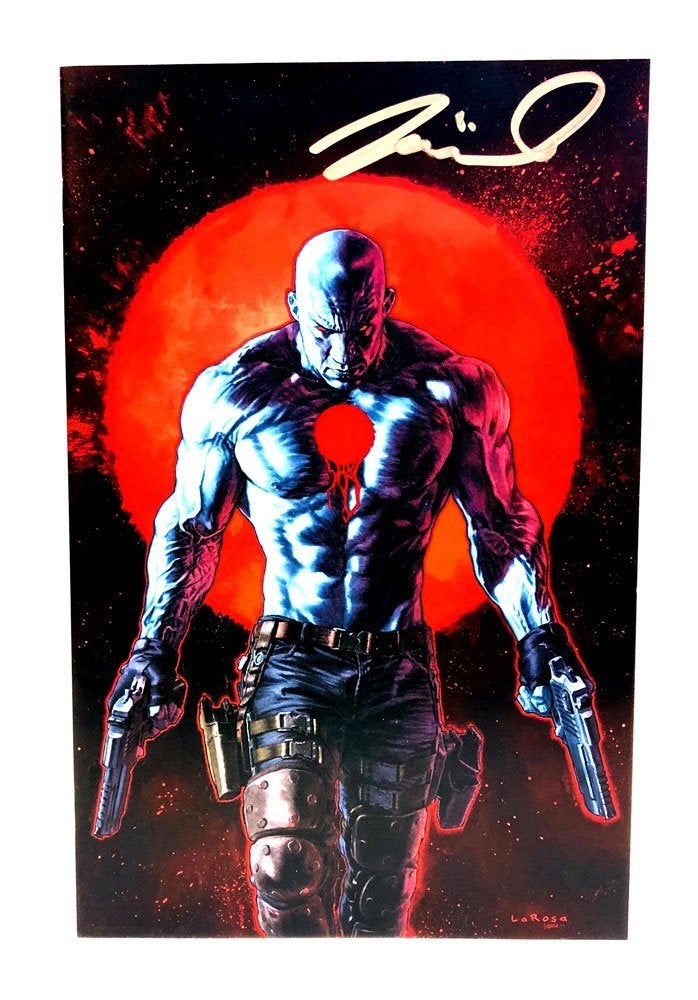 You can check out the full description for the variant below.

This is the rarest Bloodshot comic book EVER published, which is specially manufactured for ‘Game4Paul’. It comes with an exclusive cover featuring amazing art by legendary comic artist Lewis LaRosa, imagining Vin Diesel as the relentless comic book hero Bloodshot and signed by Vin Diesel himself!