The Three Jokers story is highly anticipated as it’s the part of the DC’s new black label imprint.

During the comic-con panel, writers Geoff Johns shared the first look of the three issue miniseries which is defined as the most grounded and emotional stories about Joker while having focus on other characters like Bruce, Jason and Barbara. While it’s the part of the new imprint, it would still have elements of the main DC universe. 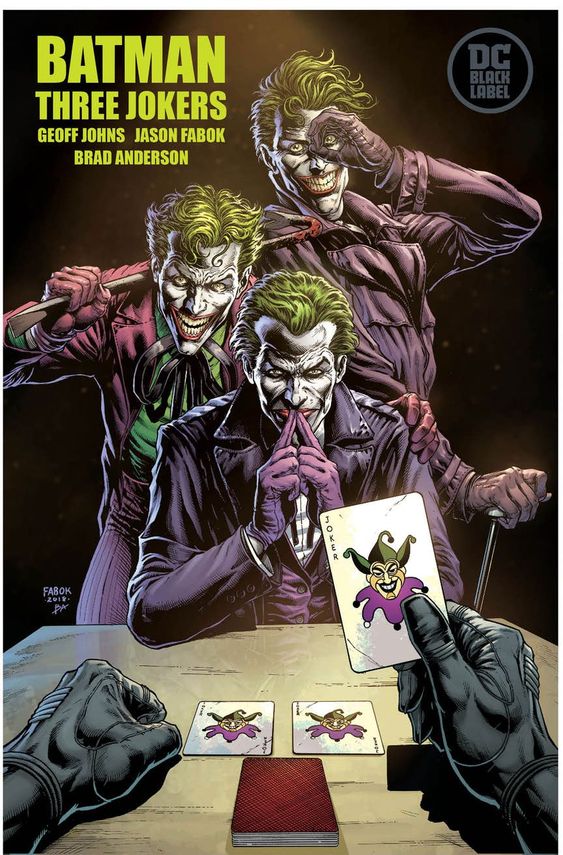 Johns termed the story as the shared pain between Bruce, Barbara and Jason and the way some scars heal wrong and some heal just right. He even went on to say that this story would be like something never seen before.

“Bruce and Joker will share a completely difference relationship by the end of this series,” he added. The project was announced during April’s C2E2 where a fan’s question about Three Jokers led to the revelation of the comics. Batman gets to know about three jokers during the DC Universe Rebirth #1 issue where Mobius tells his about three Jokers.