It is easy to be in awe of the amazing power of a superhero like Hulk or Silver Surfer, but they are still mortal after all, and their story arc includes the very real threat that they could die. While that might not be true for someone like Thor the Asgardian God of Thunder, all our favorite superheroes are in fact not God. That being clear, there have been instances over the years when they have achieved God status. Of course, this was for a brief period as giving them immortal status would change their character arcs completely. Here are a few instances of your favorite heroes becoming par with the Almighty: 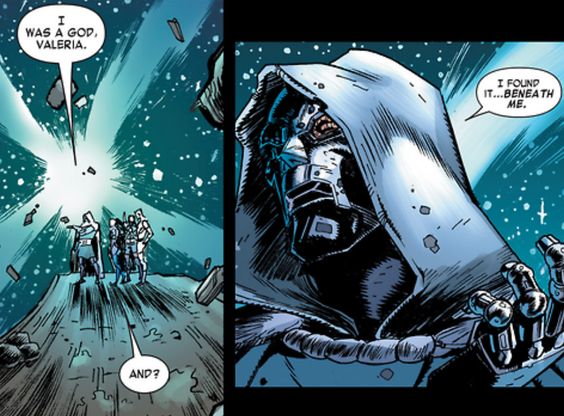 There is perhaps no other in the Marvel Universe who believes he deserves to be all-powerful and immortal than the genius Doctor Victor von Doom. While he treats everyone as if they are inferior to him always, he finally got to live his dream as God in Secret Wars in 2015.

With the aid of the Molecule Man, he is able to recast the universe in his image, where of course he is all-powerful. He casts down powerful beings such as Thanos easily and rules the universe for a decade. His rule
only ends when an insurrection led by Mr. Fantastic causes him to doubt his ability as the master of the universe. These doubts cause his accomplice, Mr. Molecule, to reshape the universe back to the original self and so ends his godhood. 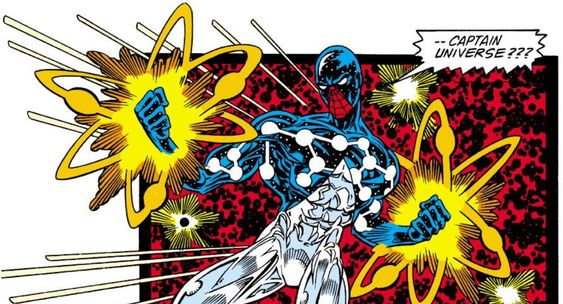 While he is undoubtedly a fan favorite with is speed agility and innocent take on the world, nobody would say Spiderman is the strongest of the Marvel superheroes. That changed in Spectacular Spiderman #158 when he was granted the Uni-Power in order to defeat the Tri-Sentinel who was threatening the existence of the Universe.

Now the Uni-Power is only granted to a normal human being when the universe is in peril, and Spidey lives up to the expectations. He gains enough strength to punch Hulk out to space and fly. Instead of webs, he shoots radiation out of his hands powerful enough to destroy planets. And on his way to destroy Tri-Sentinel, he wrecks Titania, Graviton as well as the mighty Magneto. 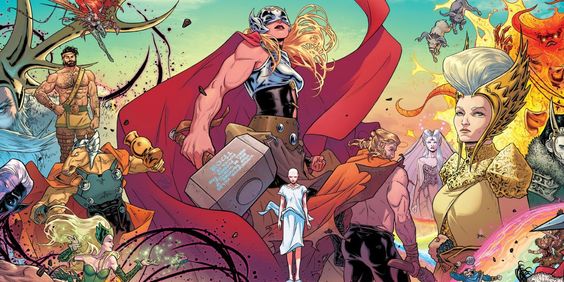 The story(from Original Sin) begins with Nick Fury saying something inaudible in Thor Odinson’s ear, and the God of Thunder loses all his powers including the ability to wield Mjolnir, his mighty hammer. As Thor is reduced to a poor version of his former awesome self, a woman succeeds in lifting the hammer and it is none other than Thor’s former love interest Jane Foster.

Terminally ill with cancer, Foster symbolizes the very definition of a hero. Every time she wields the hammer, all the chemo that she had endured is undone and the disease infests her body again. With all this going on, she learns to wield Mjolnir much better than Thor Odinson. She defeats Phoenix Force, as well as Mangog who had defeated Odin as well as Thor and all of Asgard’s forces. In many ways, fans view her as the better Thor. 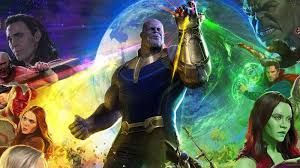 The Mad Titan was born to the Eternals, but he was born as a mutant to the race. The mutation gave him such strength that he became one of the most feared creatures in the universe. In this process, Thanos also became a worshipper of Mistress Death. Longing to please her, he vowed to kill as many people as possible.

To this end, he acquired the Infinity Gauntlet, and in Infinity Quest, he also possessed the Infinity Gems. With this, he had made the gauntlet whole and he became the master of the universe. Only the One Above All was more powerful than Thanos then. To please Mistress Death, Thanos kills half the people in the universe and is dissuaded from killing more by Adam Warlock who convinces him he does not deserve eternal power. 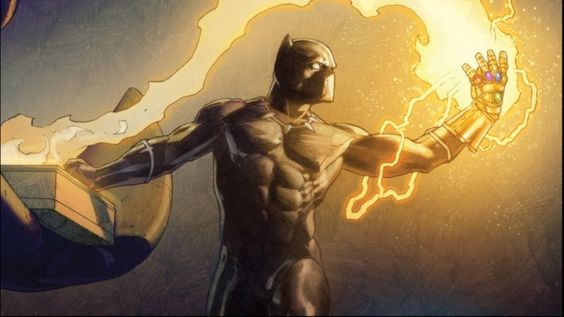 The king of Wakanda is all manners of cool. He was an Avenger, an Illuminati as well as in the Ultimates. Wakanda is one of the most technologically forward nations in the Marvel universe, but one must also remember that T’challa is also in the service of the Egyptian goddess Bastet.

The Black Panther is not obvious with these powers but there are several instances when he employs his heavenly powers. One of the most awesome instances when he eviscerated the God Logos, Now, by himself, Logos could very well kill Living Tribunal who by all accounts was the second most powerful character in the Marvel universe. T’challa transformed into the Tiger God and defeated Logos quite easily. In the 2015 Secret Wars, Black Panther also got hold of the Infinity Gauntlet and became almost as strong as someone like God.