She is one of the most respected young stars in the industry and has grown to prominence with steady and dedicated efforts in portraying a spectrum of roles. Recently, she was seen in Black Widow alongside Scarlett Johansson. Yes, we are talking about Florence Pugh!

She is like no one-hit-wonder, instead, she has had a slow yet consistent growth since her debut in 2014 in the drama The Falling. Since her first appearance on the screen, she has garnered praise for her performances. Her breakout performances came in 2016 in Lady Macbeth and since then she has never looked back. Over the past years, she has done 10 movies in different genres showing her acting talent and the range of characters she can play.

Let’s see how to do her 10 movies and thus performances rank from the worst to best. 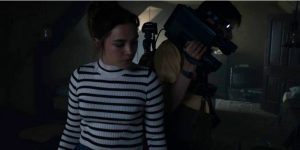 The movie had an intriguing beginning with two siblings faking connections with ghosts and robbing houses with terrified people. However, the whole thing is very much real for Angela (Pugh). Eventually, they come across a homeowner (Cecil Imrie) who comes to believe that they are fake and takes revenge.

Sure the movie is filled with intriguing twists and turns but the overall plot doesn’t hold up. However, Florence Pugh puts everything into the character of Angela. She makes it believable for the audience and brings the best out of the character. The movie didn’t do better but Pugh’s performance is certainly appreciable. 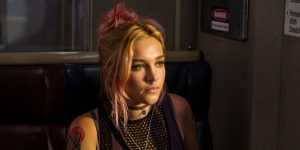 This movie is a run-of-the-mill action movie with Liam Neeson doing almost the same thing in Taken. So, you can safely say that this movie is targeted at the Taken audience who wanted more the same Liam Neeson.

The story finds Michael MacCauley (Liam Neeson) on a train after he was let go of his decade-long job. He is approached by a woman (Vera Farmiga) who offers him $100,000 for tagging any commuter that doesn’t belong in the train with a GPS Tracker. He finds Pugh who is playing one of the passengers.

Pugh beautifully portrays the role of an annoyed girlfriend in abusive relation who is tasked by her boyfriend to carry fake IDs. Pugh has very few lines in the movie, but her delivery of the scene surely makes an impact on the audience. 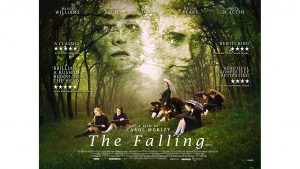 The debut film of Florence Pugh that brought her on the radar of production houses! Florence plays the role of Abbie who becomes pregnant while exploring her sexuality. She is studying at a school that has a mysterious fainting illness. The illness consumes her, and she eventually dies in the first half of the movie.

As a supporting character to the main character of Lydia played by Maisie Williams, Pugh shines through. Her portrayal of Abbie lingers even after her character dies in the middle of the movie. She was charismatic and impressive in her short role in her first feature film. 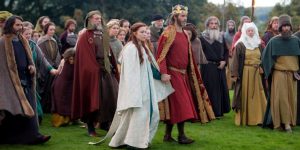 This period drama movie depicts the story of Robert the Bruce (Chris Pine) who leads a rebellion that is aimed at taking the Scots homeland from their English overlords. Florence Pugh portrays Elizabeth de Burgh, the goddaughter of King Edward I. She is married off to Robert the Bruce in hopes that this alliance will decrease the chances of the uproar.

However, Elizabeth (Pugh) has other plans. She independently carves a place in the life of Robert the Bruce as a loyal wife and stays loyal to him until after she is captured. Pugh shines through the role in the movie. She brings the fiery and autonomous character to Elizabeth de Burgh that convinces the audience about the power of the Scottish queen consort. 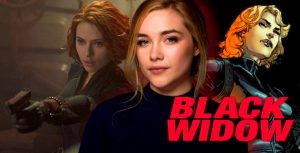 After working in different movies of varied genres, Florence Pugh landed her leading role in MCU’s most awaited Black Widow which was released this year. She plays the role of Yelena alongside Scarlett Johansson’s Natasha Romanoff and is determined to end the brainwashing regime of the Red Room.

Black Widow certainly has some hiccups. The movie has a CGI-intensive third act that dampens the overall emotions of the movie Yet, Pugh impresses the audience with her accurate comic timing and action-packed performance. 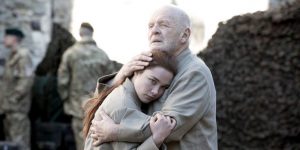 The movie already has a stellar cast of character actors such as Anthony Hopkins, Emma Thompson, Emma Watson, Tobias Menzies, Andrew Scott to name a few. Florence Pugh might have been lost in the acting talent of these biggies. But on the contrary, Pugh’s performance as Cordelia stands apart in the movie.

Refusing to give a declaration of love to her father King Lear gets her disinherited and outcasted. Pugh is successful in convincing the simple love Cordelia has for her father which ultimately brings them together. She surely shines through the stellar cast with a stunning performance. 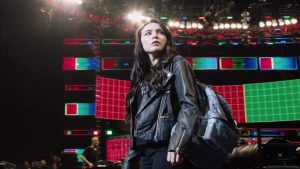 2019 was a big year for Florence Pugh. She had three back-to-back movies where she portrayed three distinct roles showing the world that range of her talent. In the movie, she plays the role of Saraya ‘Paige’ Knight who wants to make it big in the wrestling world.

The movie shows the struggle of Saraya ‘Paige’ as she navigates WWE auditions for NXT and her life after she starts the training for the wrestling at the training program. How she finds that she is better skilled than other candidates at the training program. Pugh’s character is also conflicted with the thoughts of leaving her family behind. However, she overcomes the conflict and achieves everything she hoped for.

Pugh’s performance as Paige sets her up for big things such as Black Widow where she can exploit her physicality and action potential to the fullest. 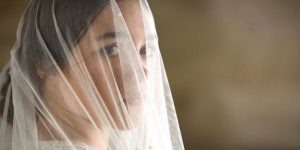 This movie is not entirely based on the book by Shakespeare but definitely resonates with the murderous wife character of the book. Florence Pugh plays Katherine who is pushed into a set of events that she has no control over. She is sold in marriage, abused, and disrespected by the husband and his father.

Pugh successfully depicts Katherine’s battered state moving the audience and convincing them to root for her. But throughout the movie, Katherine comes out as a woman you don’t want to mess with. She uses manipulation and blunt force to control her circumstances. This complete shift from a battered woman to a fierce woman has been beautifully portrayed by Florence Pugh. 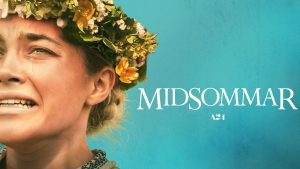 Another wonderful performance from Florence Pugh in 2019. Midsommar shows Pugh as Dani who found out that her sister has killed herself and her parents in the house with carbon monoxide. She is also in an abusive and controlling relationship with her boyfriend Christian (Jack Reynor). While Dani is grappling with the loss of her family, she is dragged by her boyfriend to a Swedish commune and a group of friends.

During this Dani is tackling panic attacks, the loss of her family, and no control over her life. Pugh has beautifully depicted the complicated emotionality of the character convincing the audience of her character’s sorry state and her drive to take back control of her life. 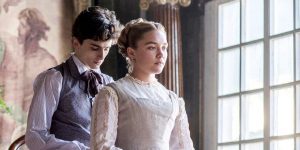 Greta Gerwig’s stunning Little Women challenged Florence Pugh to find her way of portraying the character of one of the March sisters. And Pugh doesn’t disappoint at all. Florence Pugh has always said in her interviews that she can’t leave anything halfway, she needs to see it through.

Maybe this is the reason why Florence completely reinvented the role of the younger March sister in the movie. Pugh has portrayed the transformation of young, bratty, and immature Amy to a mature, brave, and headstrong woman who takes decisions in her life that gives her everything she hoped for.

Pugh received her first Academy Award nomination for the role. Florence Pugh is just getting started. With the intensity of talent and drive to move forward, we can expect her to make a brilliant performance in the future.