Legendary is already in talks to develop a live action Gundam Movie. If the movie does happen, we would like to see these mecha suits make their theatrical debut on the big screens. 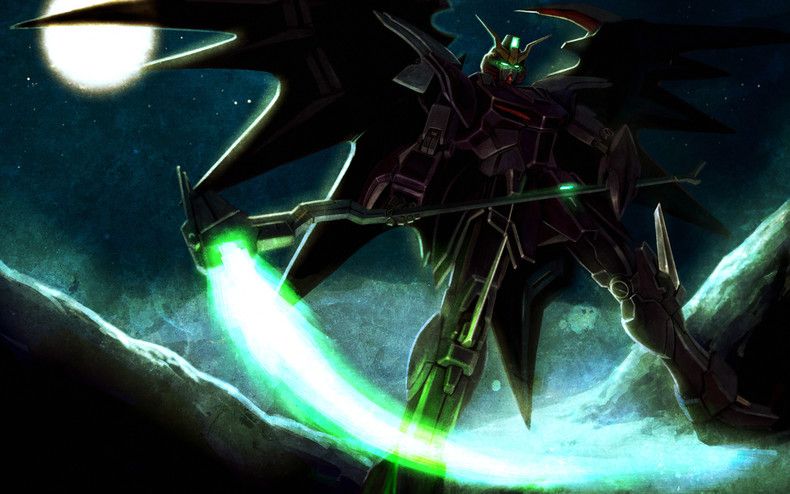 The Daethscythe Hell was a reconstructed version of the original Gundam Deathscythe which was destroyed in a previous fight against OZ, the military force of the Romefeller Organization. Like the Deathscythe, the Deathscythe Hell was updated with the latest in offensive and defensive weaponry. It was in fact better than its predecessor model. It was capable of both long and short range combat. It had two massive Vulcan cannons that could easily take down enemy bunkers with a few shots. Duo Maxwell uses this mecha suit to infiltrate enemy infrastructure and facilities. The cloaking ability of this suit has come in handy multiple times. Duo sneaks into installations and takes down enemies without even them noticing. 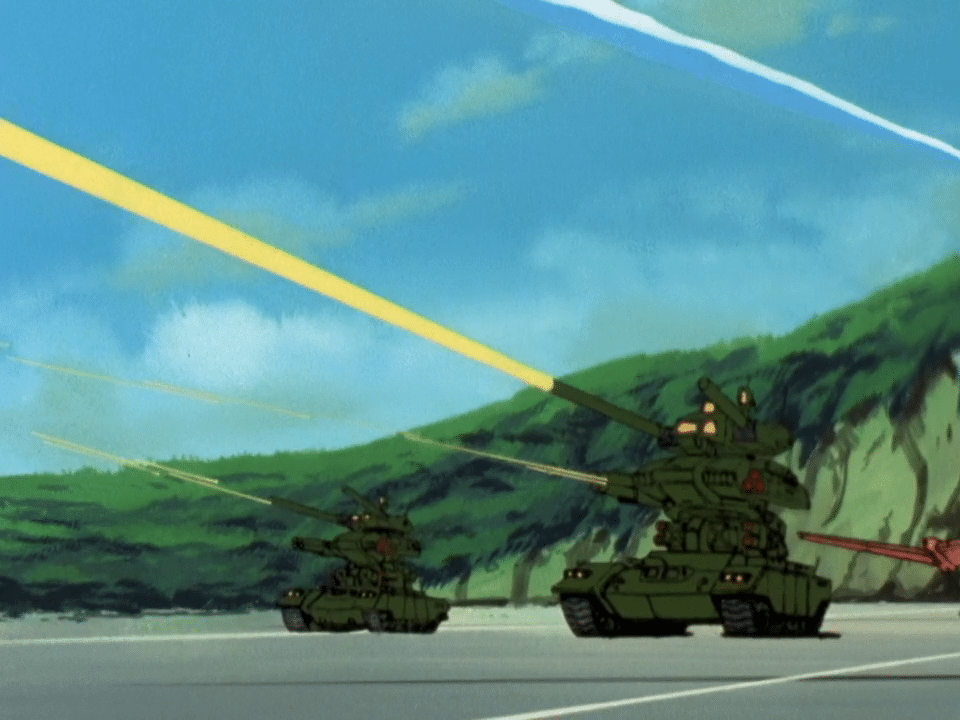 The Guntank II is the upgraded model of the Guntank. The purpose of developing the Guntank was to integrate the advanced Gundam technology for the rest of the ground forces. The Guntank may use mecha tech but it is not actually one. It is just a heavily armored tank that has extreme fire power. It is a classic piece of history. It was the first of its kind armored machine to be mass produced by Earth’s forces for use in future conflicts. It is slower than the mobile suit Gundams. When the mecha suits developed the power of flight and energy weaponry, the Guntank II was fitted with smoke screen dispensers for evasive maneuvers. It was eventually phased out. 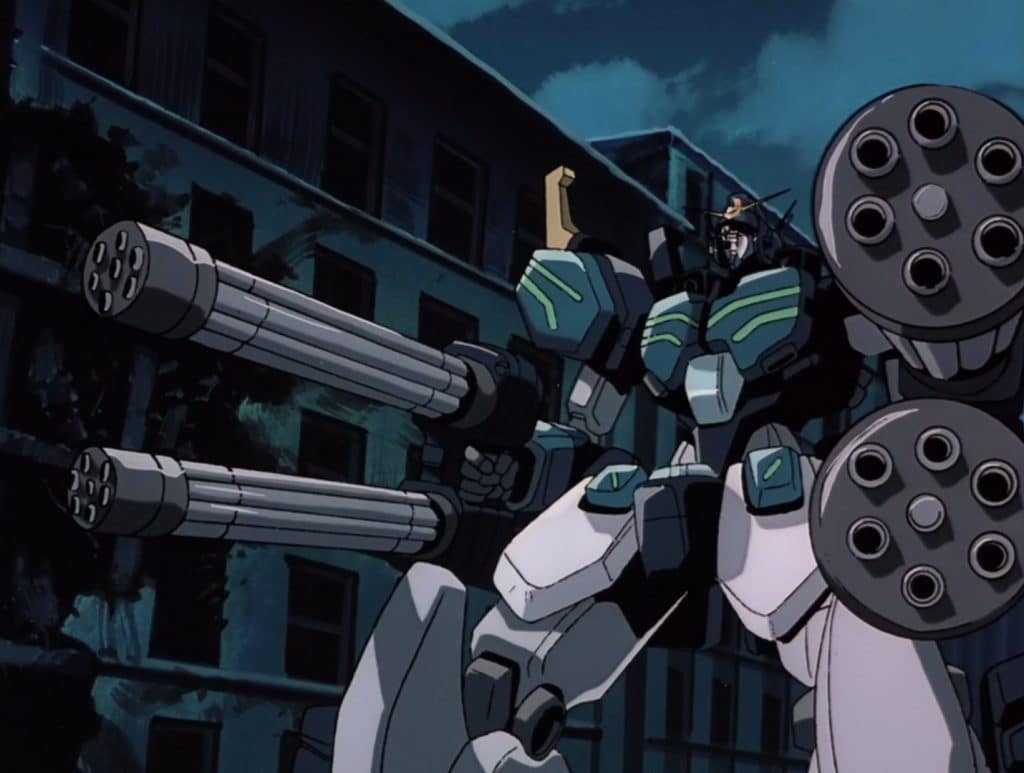 You can only have a mix of offense and defense in a mecha suit. There has to be some trade-off between the two to create a suit. So the Heavyarms Custom Designers decided to change the entire game by creating the Heavyarms Custom armor. It specializes in only one thing – overwhelming firepower. It lacks any form of short range weaponry and has very little armor. What it lacks in defence it more than makes up for in offense. Heavyarms Custom does not even have a single melee weaponry in its arsenal. Everything is projectile based weaponry in its quiver. It comes equipped with dual mounted chain guns on both arms. It can also carry powerful artillery for long range strikes. 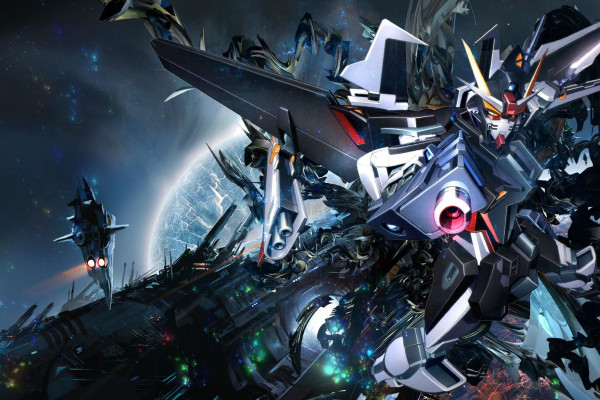 The Strike Noir is pretty much the James Bond of Gundam. It is stylish like a Victorian Era Gentleman and deadly like an outlaw of the wild-west. Strike Noir Gundam comes in the color black. It has not as many unique features visible. That is until it descends onto the battlefield. Strike Noir carries two M8F-SB1 Beam Pistols called ‘Shorties’. The Dual Pistols have enough power to take down a regular mecha with just one shot. Strike Noir is extremely accurate with its pistols due to an aiming array consisting of powerful sensors. 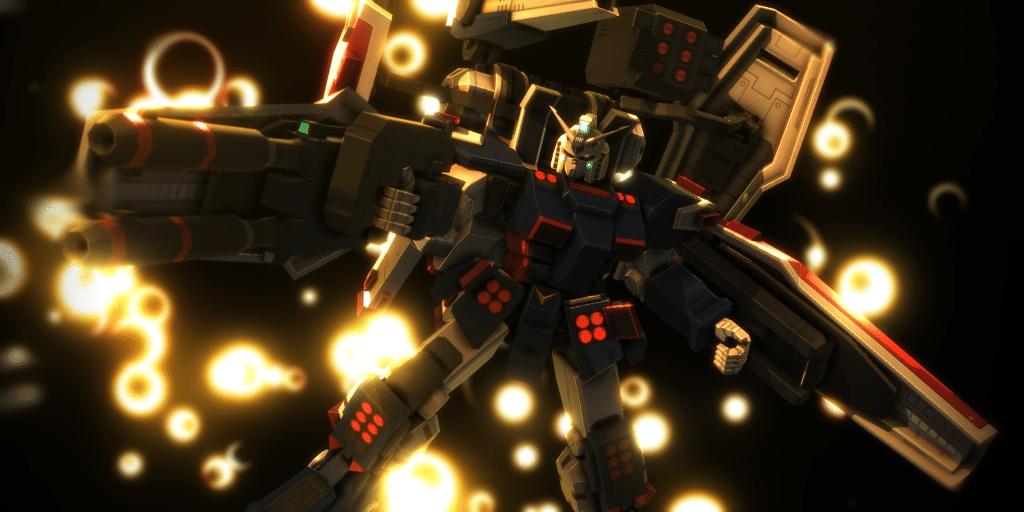 There is no nickname for the FA-78. The one it is generally known as in the battlefield is extremely derivative. It is called Full Armor. The FA-78 is a walking tank. It is a powerhouse of sheer defense. It would take godlike strength to pierce the four armor buffers it carries into the battlefield. You would think that the FA-78 would be slow. But it is astonishingly fast and surprisingly agile. The backpack and the leg thrusters give it superior mobility. Coupled with beam sabers, rocket launchers and guns, the FA-78 Full Armor is a force of nature. 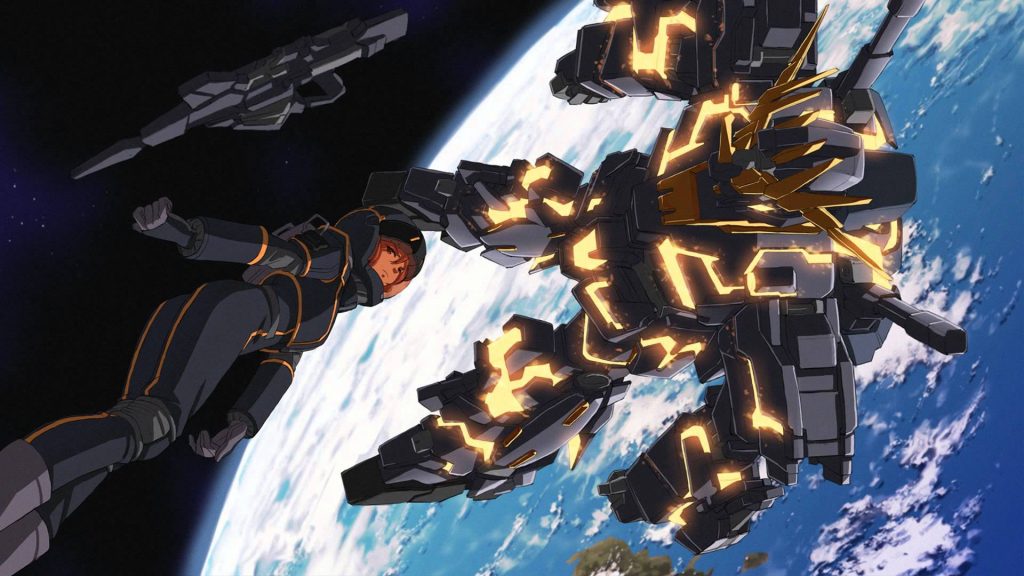 The Unicorn Banshee has a radical color design not seen in any other Gundam suit before it. The suit was modeled on a lion. It has a black body with a golden collar that represents the mane of the animal it is based on. There is a set of horns that forms a Mohawk at the center of the mecha. The Unicorn Banshee excels in close range combat. It’s extremely deadly Destroy Mode turns him into one of the fiercest and scariest Gundam Mechas in the franchise’s entire history. 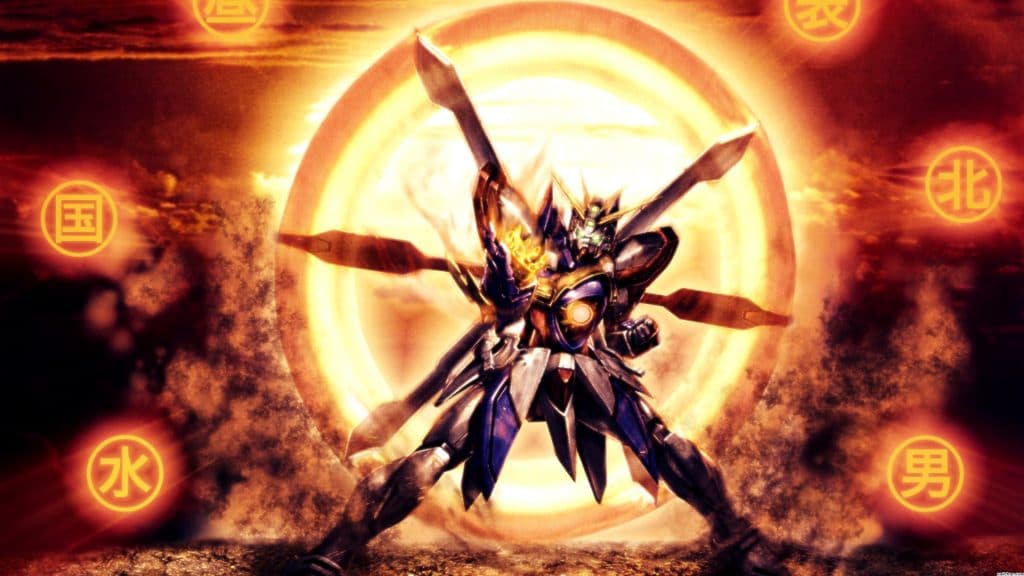 The God Gundam debuted in the Mobile Fighter G Gundam, a series infamous for introducing some of the craziest mecha designs into Gundam lore. The God Gundam was piloted by Ace Pilot Domon Kasshu. The suit had the ability to move like a martial artist all thanks to a full body control mechanism that granted it extreme anatomical mobility unlike any other mobile suit of similar class and design. The God Gundam has the best fight scenes in the entire Gundam franchise. They do not make it like them anymore. 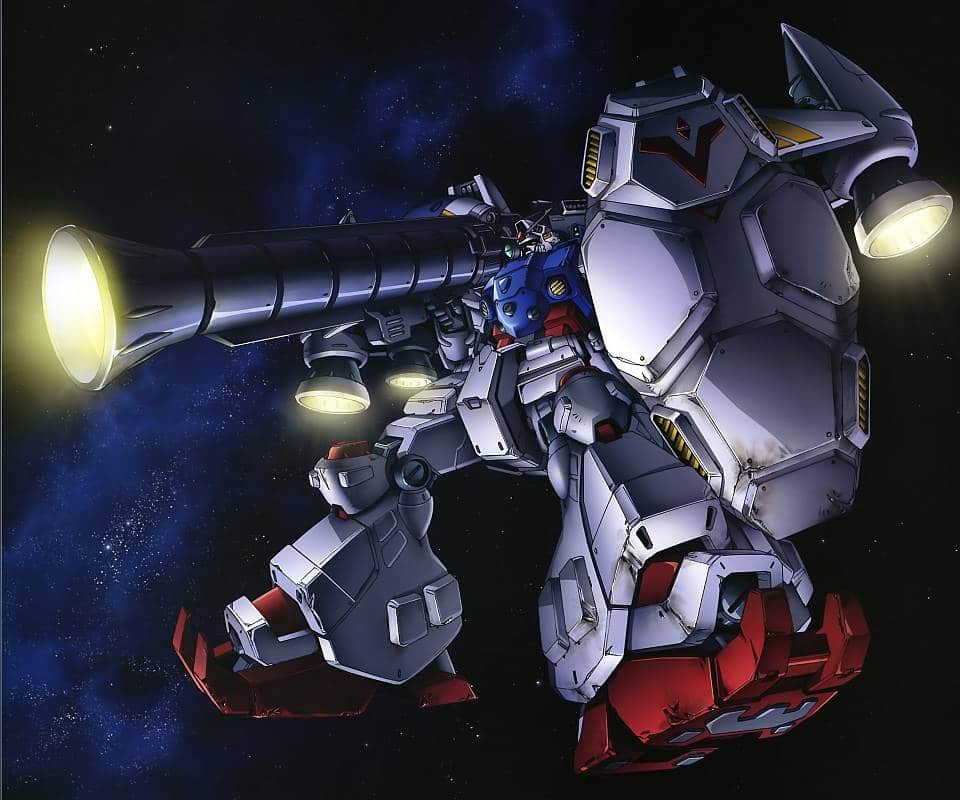 The Physalis suit was designed as a part of Gundam Development Project, Earth’s attempt at recreating Gundam Technology for its own defense. The Physalis suit was stolen and fell into the hands of Anavel Gato, Delaz Fleet’s Ace Pilot. Earth Federation built the Physalis as a deterrent. When they heard that the Zeon Remnants are building Mechas with nuclear capable armament, they equipped the Physalis with a massive nuclear bazooka that can take down an entire fleet on its own. It also had two Vulcan laser cannons and beam sabers. The Physalis suit has incredibly balanced weight distribution and powerful suspension. It has radiation and heat shields that could tolerate the immense energies of an atomic blast. The suit also has a very graceful and beautiful design. 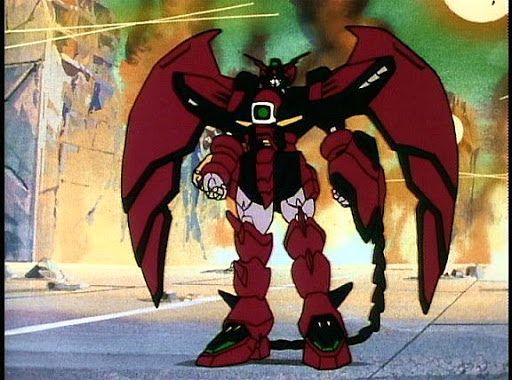 Gundam Epyon is a close relative of the original Gundam Wing Zero. But it is heavily modified to have an edge in close quarters combat. Gundam Epyon was first piloted by Heero Yuy. It then ends up with Zechs Merquiss, who makes further modifications to the suit. The suit has the most powerful beam weapon in the entire Gundam Universe. The Beam Sword is connected directly to the suit’s power source, giving it added sharpness and cutting power. The suit also possesses Epyon Claws that are just as sharp. A bladed iron whip that can get super charge with energy and cut through metal also adds on to its short range prowess. We have not even told you about its most unique feature. The Epyon can transform into a dragon and travel at near light-speed velocities.