Actor, lawyer, and former pro-wrestler David Otunga is the most recent WWE star to join the MCU.

The trailer for She-Hulk was recently dropped by Marvel Studios. The much-anticipated series will drop on Disney+ titled as She-Hulk: Attorney at Law.

Here are his tweets:

I had to show off my biceps for #SheHulk 💪🏽 I couldn’t help it! I can’t wait for you all to see it! @MarvelStudios @disneyplus @Marvel https://t.co/XvxtFgcXqE

Where does David Otunga appear in the trailer?

There is one scene from the footage which finds the main protagonist Jennifer Walter aka She-Hulk (played by Tatiana Maslany) on multiple dates. Many fans didn’t waste any time noticing that one of her dates — seen flexing his muscles — turned out to be none other than David Otunga. Otunga has also confirmed his involvement in the MCU series on his social media handle. However, the name of his character remains unknown as of now.

Otunga Had Quite A Run In WWE

Otunga went on to graduate from Harvard Law School back in 2006. In the year 2007, he was chosen for the second season of VH1’s I Love New York. Otunga’s professional career in wrestling started in 2008 after he had signed a contract with the World Wrestling Entertainment (WWE). Being assigned to the WWE’s Florida Championship Wrestling (FCW) territory, he went on to make his in-ring debut in the year 2009. In 2010, he went on to compete in the first season of NXT and was placed second in the competition. In the same year later, he alongside his fellow NXT teammates debuted on the main roster of WWE as The Nexus.

While serving his time on the main roster of WWE, Otunga also became a WWE Tag Team Champion twice, first winning it with John Cena and later doing it again with Michael McGillicutty (also known as Curtis Axel).

She-Hulk series will premiere on Disney+ on August 17 and will have a total of nine episodes.

Here’s the full synopsis can be found below: 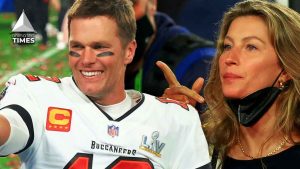