Marvel’s Avengers is up for the release and we are not talking about the film. The upcoming video game developed by Crystal Dynamics and publisher Square Enix is scheduled to release in the month of May next year. 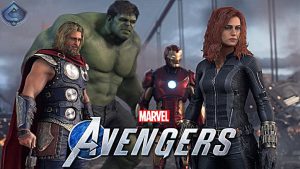 What more? The first official promo video of the game has revealed the presence of the core Avengers: Iron Man, Thor, Black Widow, Hulk and Captain America(most probably). The Avengers are set to come back together after a catastrophe that broke them apart.  The clip has also revealed Iron Man and his almost god-like abilities. In the character profiling released by Virgin Media, the Crystal Dynamics’ team is seen discussing the same.

Iron Man and his powers:

The fact about Iron Man, which the Crystal Dynamics’ lead producer Rose Hunt and studio head Scott Amos point out, is that he has got almost anything and everything. With the character having such a large “power-resume”, the duo breaks the metal armored superhero into digestible chunks. Amos says that Iron Man has got a host of abilities. Starting from repulsors and unibeam till the laser beams, the character is an instant win button. But the developers have taken it all into account. The makers have promised that the game has been made challenging enough.

The video game combines an original story with a single-player and co-operative gameplay. The game is set up in the enthralling Avengers’ experience. The players have access to teams of four online. Master extraordinary abilities, customize your own Heroes and get the Avengers’ adventure. The game is set to release on PlayStation 4, Xbox One, PC and Google Stadia on May 15, 2020.