Recently a video of James Corden and Patrick Stewart’s onstage feud from the 2010 Glamour Awards went viral on social media again. This video was in the spotlight earlier this year as well after actor Will Smith slapped comedian Chris Rock for making a joke about the actor’s wife, Jada Pinkett Smith. James Corden made a parody of the incident in one of the episodes of his show, The Late Late Show with James Corden. The comedic sketch had a lot of people disappointed on social media and they brought back the TV host’s old onstage feud with Patrick Stewart.

X-Men star Patrick Stewart and talk show host James Corden were onstage during the 2010 Glamour Awards to present an award together. Patrick Stewart then made a lighthearted joke about James Corden, but when he seemed disinterested while he was onstage, he then called him out for his attitude,

“When the presenters are up here and when the recipients are receiving their rewards don’t stand at the back of the stage with your hands in your pockets looking around as though you wished you were anywhere but here.”

Patrick Stewart made a joke about James Corden’s weight

The situation escalated when Patrick Stewart made an out-of-pocket remark about James Corden’s weight. He said, “From where I was sitting, I can see your belly, and that was there over at the back of the room.” James Corden was not happy as he then replied, “You can see my belly, and we can all see you dying [on stage] right now. Let’s go for it.” The onstage feud finally came to an end after Stewart replied, “One more? Do you want one more? If you fancy the Jonas Brothers, cover your belly.” Corden then laughed it off but we all know the comedian doesn’t take jokes about his weight well, as he also shut down comedian Bill Maher after he said “fat-shaming doesn’t need to end it needs to come back,” in 2019.

Also read: “He’s a tiny cretin of a man”: James Corden Desperately Apologizes Like A Sore Loser After Bad Behavior, Fans Claim Bill Maher Was Right To Call Out This ‘Chubby Bast-rd’

James Corden was also recently criticized by a restaurant owner

James Corden was recently temporarily banned from the Balthazar eatery in New York. The comedian was accused of being an “abusive customer” for a few months now. The owner of the restaurant explained that the comedian has displayed inhuman behavior toward the staffers on two occasions. However, the comedian later called the owner and “apologized profusely” and the ban was lifted as the owner said he “strongly believes in second chances.” 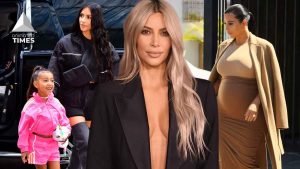 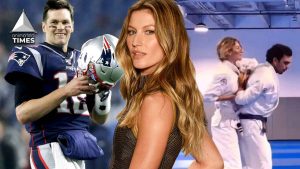