Despite what we want to believe, all of us start judging people the second we meet them. The moment we set our eyes upon someone, we form an opinion about that someone. And, despite our best intentions, we forget the old saying- “Don’t judge a book by its cover.” In the Marvel universe too, we have had this problem. We come across villains(and heroes,) wearing the tackiest of unitard with the gaudiest of colour and accessories.

More often than not, this immediate opinion we form about some of the villains clouds their real strength and power. Just like Superman, wearing his underwear over his blue tights, these villains forgot about looking in the mirror before going out. Here are the 6 most powerful villains in the Marvel universe who do not have any dressing sense. 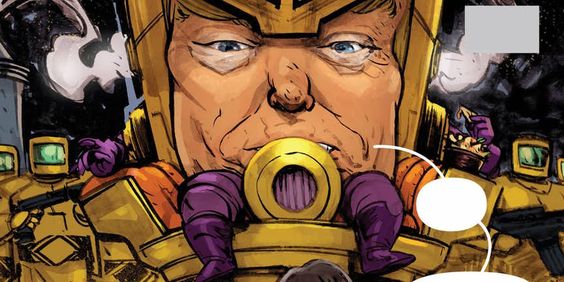 Mental Organism Designed Only for Killing, or simply M.O.D.O.K, doesn’t really have the looks of a bad guy(if you excuse the name). His powerful brain is housed in his oversized brain. He has little arms and legs poking out from his rocket-powered too.

Despite looking so hilarious and disproportionate, MODOK is known for his vast psionic powers. He went through a mutagenic process that resulted in his powers, including the ability to calculate probabilities to the point of precognition. He can cast mentally take over others, cast powerful illusions and use his mental powers into a very strong psionic blast. 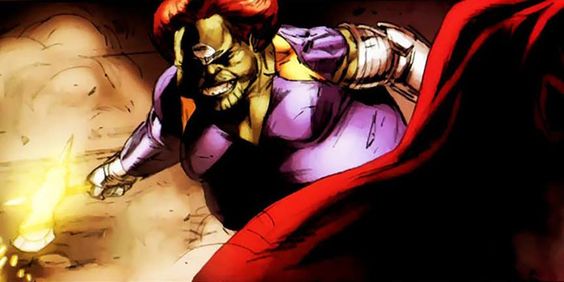 Genetically modified, this Super Skrull was created for the sole purpose of killing Thor. Unlike other female characters in comic universes, she doesn’t have a muscular built.

Made to mimic the powers of the Titans, Thundra, Titania, Volcana and Battleaxe, she is extremely strong. She can also convert her body into plasma form and is a very powerful and fierce hand-to-hand combatant. 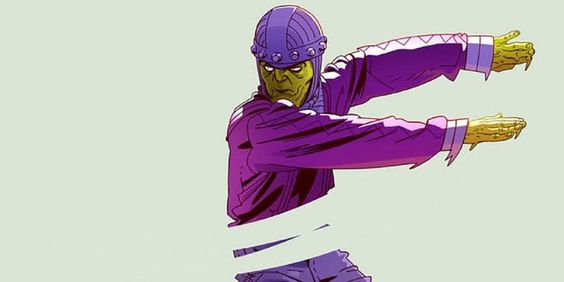 This entry makes us want to laugh at the character as well as, his name. The Living Eraser is actually an alien from the Dimension Z who debuted in Tales to Astonish #49 sporting a horrendous purple outfit, janky metal helmet and a strangely green face which reminds us of a puke coloured Bull Mastiff.

He is on this list because by simply swiping with his hands, he can make a person disappear. Not actually though, they are imprisoned in the Dimension Z. He gives new meaning to swiping left. 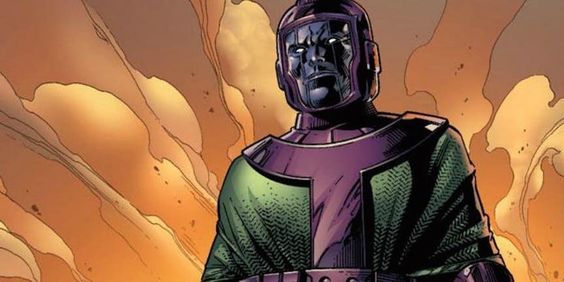 Technically, it is supposed to be a super high-tech armour from the future. This battle armour enhances his strength, durability and endurance. It also allows him to create projections of energy, holograms and force-fields. 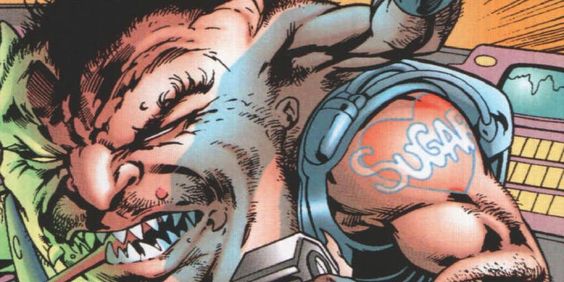 The giant, grotesque faced, hairy and four armed, spindly legged, lizard-tongued Sugar Man looks more like a circus sideshow freak than a villain. He is definitely not the strongest villain on this list, but he is no joke(if you excuse the name, that is.)

His skills in genetics landed him a managerial role as the head of Apocalypse’s slave camp in Seattle Core. Other than this, he is a good hand to hand fighter, holding off the Valkyrie, Dani Moonstar. His most useful ability allows him to shrink to near-microscopic size when in danger to help him escape. 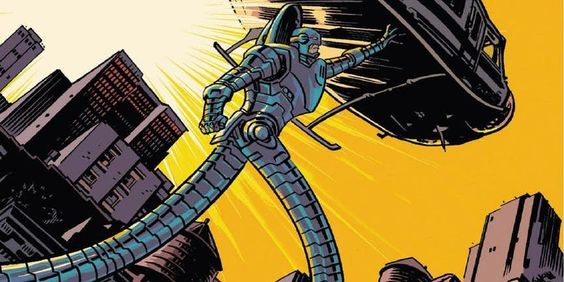 What would happen if an evil man decided to use stilts to spread his evil? Answering difficult questions like these is what created the Stilt Man. For those you not blessed with the power to understand sarcasm, Stilt Man is actually, quite possibly, the stupidest premise for a supervillain, with a look to complement that stupidity.

As stupid as this guy is, he defeated Thor and Spider-Man. Yep, you read it right. This dude, with his homemade battle suit with no abilities other than the fact that it had stilts, managed to defeat a literal God. He even almost managed to crush Spider-Man.