Funko is talking to eBay about creating a virtual marketplace for its pop-culture collectibles, following a strong start to the year driven by “Fortnite,” “Avengers: Endgame,” and Post Malone.

The company – which makes bobbleheads and figurines under license from Disney, Nintendo, HBO, and others – recently launched an app that allows users to view a catalog of more than 17,000 Funko products, track their personal collections, create wish lists, and monitor market prices.

“I think you see the writing ahead in terms of a marketplace,” CEO Brian Mariotti replied, adding that Funko is “looking into” the recent growth in secondary markets for items such as bobbleheads and sneakers . “We’re having conversations with eBay,” he added, as the company explores ways to support trading between collectors of its products.

Funko is keen to capture more of its products’ value after they’re sold at retail, as some fans pay hundreds or thousands of dollars to obtain rare figures or complete their collections. A Funko spokesperson said it was “pretty early” in the development process and added “there’s not much to share yet” in an email to Business Insider.

The company – which largely escaped the fallout from the Toys R Us bankruptcy in 2017 that hammered its toy-industry peers – revealed its plans after a strong first-quarter performance. Net revenue jumped 22% to $167 million as it expanded its range of pop-culture properties by just over a third to 611, although “Fortnite” merchandise still generated 10% of sales. Adjusted EBITDA surged 46% to about $26 million. 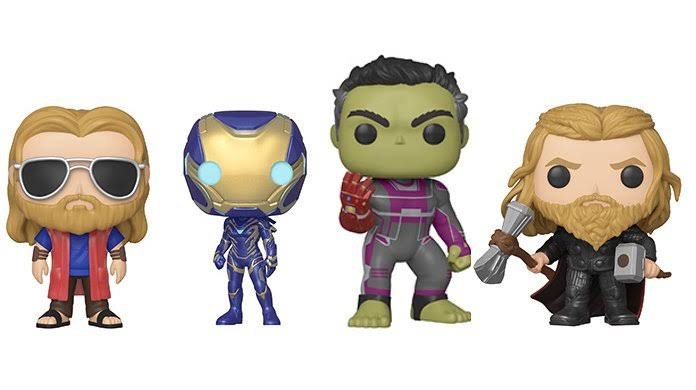 Funko’s momentum continued into April with “Avengers: Endgame” collectibles selling “a little bit better” than “Avengers: Infinity War” products did last year, Mariotti said on the call. He expects the Marvel movie’s outperformance and the rollout of a second set of figurines to buoy sales for longer as well.

The group also built on its partnership with Foot Locker, which it has stocked with exclusive figurines of Michael Jordan and Lebron James in the past six months.

“Oddly enough, the most successful social media interaction that Foot Locker’s ever had was our Post Malone figure,” said Funko President Andrew Perlmutter on the call. The shoe store “flew product in on their own dime” to get the rapper into consumers’ hands before rivals, he continued, adding that inventory “sold out very quickly.”