As a teen, mostly all of us have watched either The Hunger Games or Twilight or maybe both. They are considered two of the biggest teen movie franchises with fans all over the world. As a result, fans are always ready to compete with each other. There are so many funny moments based on these characters that we can make endless memes. Here are some crossover memes that will take you down memory lane! 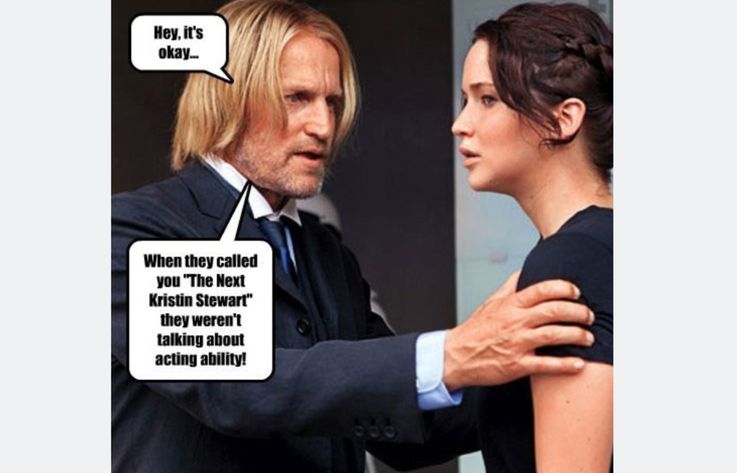 Jennifer Lawrence and Kristen Steward were the talks of the town when they played Katniss and Bella respectively, and the audience took no time to compare them. Kristen has got comments for her unemotional performance but we all know how talented she is. Irrespective, this meme is funny as Lawrence is not only an Academy Award nominee but also a past winner 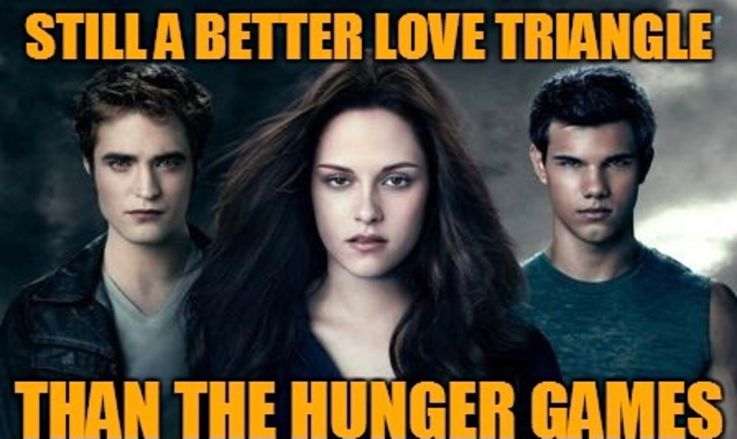 Both of the films showcase the element of a love triangle and as a result, the fans are divided by being either Team Edward or Team Jacob and Team  Peeta or Team Gale. The love triangle in Twilight is actually more significant to the character development of Bella and maybe it’s better than that of Hunger Games. 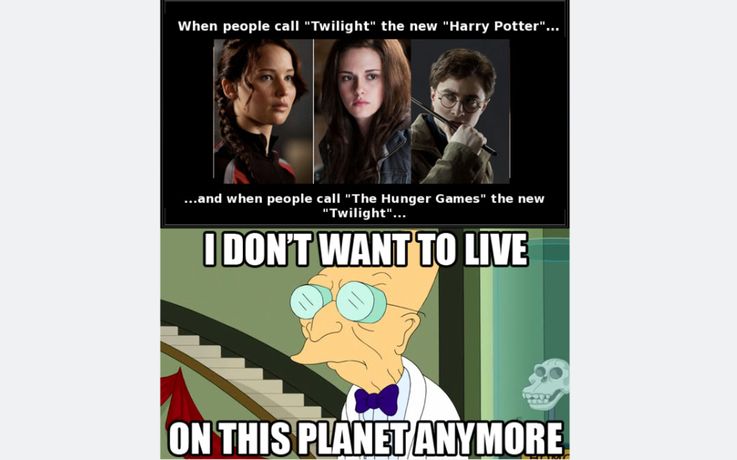 All of us, of course could not get enough of the 3 fandoms. As a result, there was a continuous comparison between them, stating each one was the new version of the last. This ended up outraging lot of fans. But, they can all agree that there can be nothing like Harry Potter and The Hunger Games is nothing like Twilight. 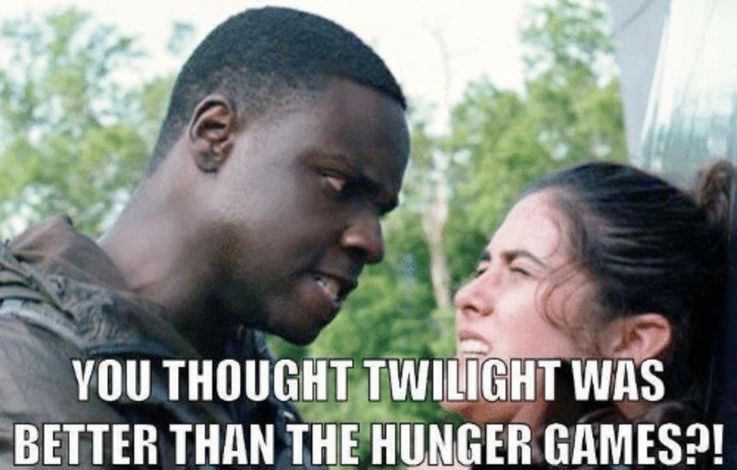 Some fans would definitely agree to a showdown in the arena and win games for their respective fandom. This meme is funny as well as nostalgic. We all know that in case this was to happen, The Hunger Games fans would not hold back!

Harry vs. Peeta vs. Edward 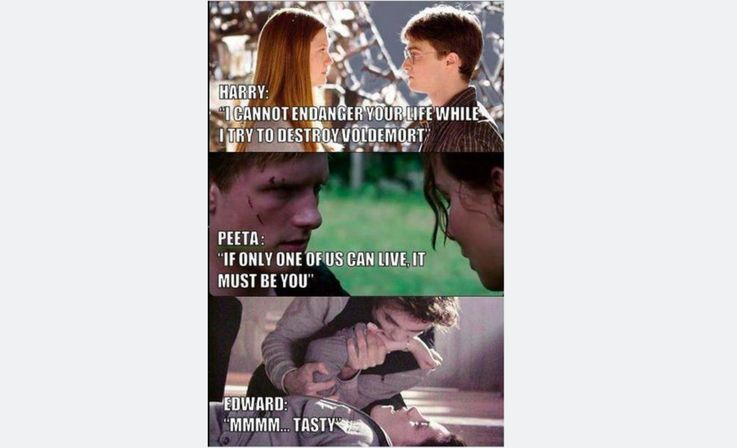 When it comes to Harry Potter and Peeta Mellark, they were always about love and protection towards their significant others. Edward on the other hand had a strange way of portraying the same. Even though Twilight Fans would disagree, this meme points out the differences in a hilarious way.
After all, it is hard to handle the relationship with a human when you are a vampire. 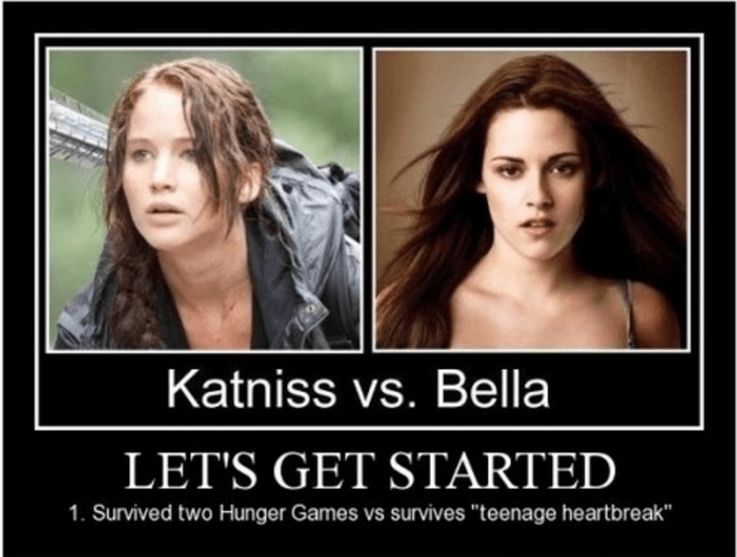 There is always a debate on who is better from these two and it’s not surprising that Katniss Everdeen has always come on the top. Both the franchises are led by female and as a result fans are always comparing.
But, this is something we all agree on that Katniss is by far the superior heroine considering all the hardships she has gone through compared to Bella Swan. 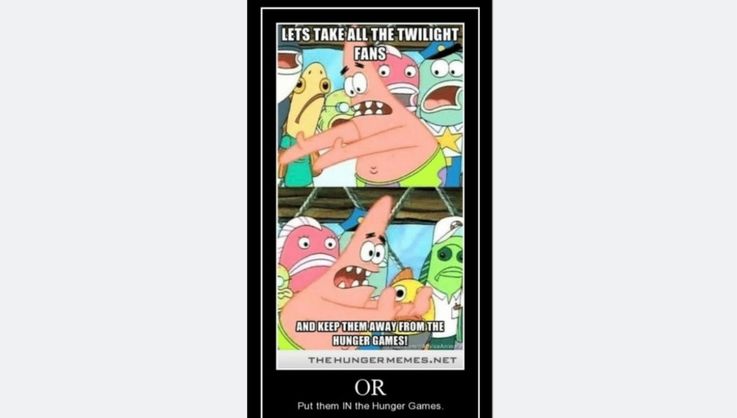 Lastly, the two fandoms are totally based on books but are still different from one another. Even though this meme is a bit biased towards The Hunger Games, Patrick makes it funny!
With new fandoms coming up, we are way past the Twilight and The Hunger Games era and it is high time the fans stop comparing them.