Gal Gadot may have accidentally confirmed her role in the upcoming Warner Bros. and DC Films’ The Flash.

In her New Year’s celebration post on Instagram, Gal Gadot posted a video that had a photo of hers from every month of 2021. In that round-up, was a photo from July where the actress can be seen sitting in a makeup chair, with a man wearing a lanyard in the background that looks to be from The Flash. In another photo, for August, Gal can be seen wearing her Wonder Woman tiara and Diana’s hair. The filming for The Flash took place between the months of April and October last year. 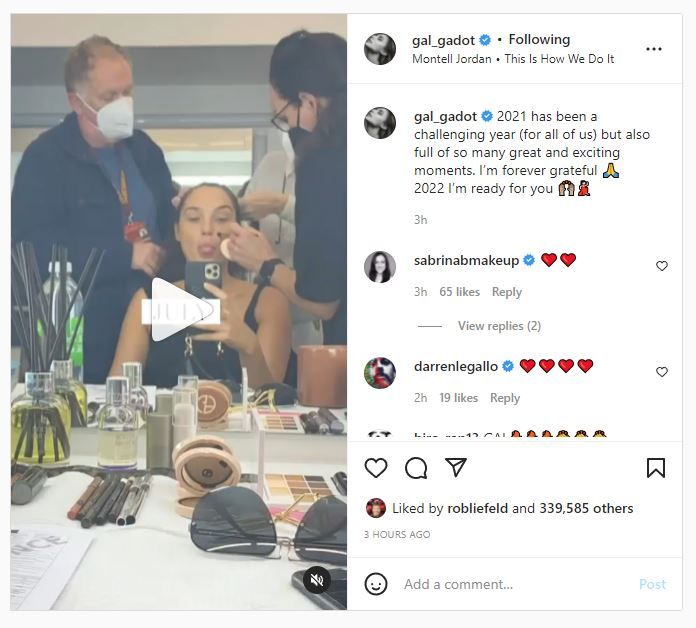 Gadot’s appearance in The Flash was initially rumored in 2017, although nothing has been officially confirmed. However, a new promo for the movie that leaked online last year in June and has since been deleted, showed a figure resembling Wonder Woman with Flash, Supergirl, and Batman. Supergirl will be played by Sasha Calle in her DCEU debut. This also confirms the earlier reports that state Gal Gadot was slated for a cameo in the movie in a supporting role. 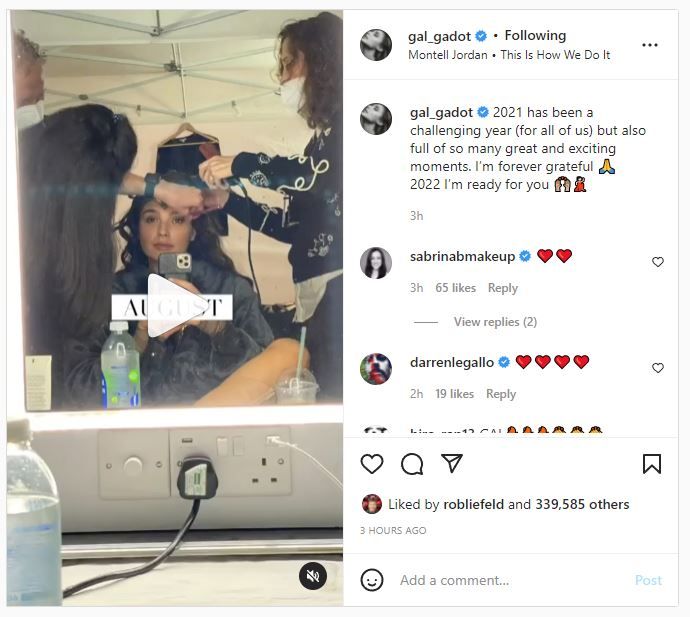 If this is true, Wonder Woman will not be the only Justice League member to make an appearance in The Flash, as Ben Affleck is also set to reprise his role of Batman role, alongside Michael Keaton’s Batman from 1989’s Batman. However, Henry Cavill will not be returning to play his role as Superman. Ezra Miller, who will return for his role as The Flash/Barry Allen, appeared as the character alongside Cavill, Gadot, and Affleck in Batman v Superman: Dawn of Justice and later in Justice League.

Director for The Flash, Andy Muschietti confirmed in October that filming had officially wrapped for the film. Muschietti also revealed during a panel at DC FanDomerecently that the forthcoming film will have its fair share of surprises. “We can tell you there are surprises, we cannot reveal what they are,” the director said. “But it will probably blow your socks off…The less we talk about it the better. There’s excitement behind the cameras about those surprises. You better not know them until you see them on the big screen.”

While all details around the plot remain unknown, The Flash will heavily deal with the multiverse and also, exploring alternate realities, which is already indicated by the return of Michael Keaton and an evil doppelgänger version of The Flash, which will also be played by Ezra Miller. While appearing in an interview last year, Muschietti stated that this storyline will establish the foundation for all future DC movies.

“This movie is a bit of a hinge in the sense that it presents a story that implies a unified universe where all the cinematic iterations that we’ve seen before are valid,” Muschietti said at the time. “It’s inclusive in the sense that it is saying all that you’ve seen exists, and everything that you will see exists, in the same unified multiverse.”