As the LGBT movement gains steam, the DC universe seems to be catching up with a number of characters who do not identify with the conventional sexual identities. A number of these characters have also come out to friends and even their enemies within the confines of the comics, although it is also often the case that their makers have told fans about their sexual orientation in the real world. Here is a list though of superheroes that have come out during the confines of the comic books to their friends, family or even enemies: 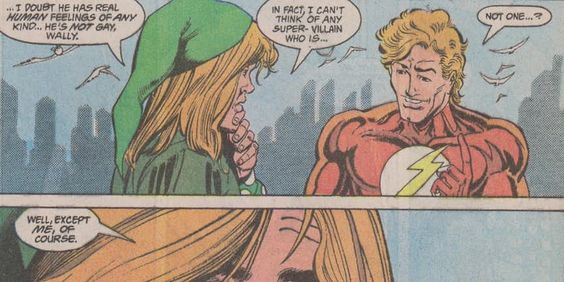 This supervillain was introduced in Flash #106, themed around music. After a while though, the Piper decides that crime is not for him and stops fighting the Flash. Eventually, they even start hanging out together in real life and fighting crime together. Once, when they were together as civilians, the subject of discussion turns to whether the Joker is gay. While Piper is quick to tell Wally that he is not, Flash sticks with the topic and asks if he does know any master villains who are in fact gay. Piper’s response is “No, except me, of course”. Flash is so shocked that he outright flees. However, it is clear from later issues that Flash does not really mind the character’s sexual orientation. 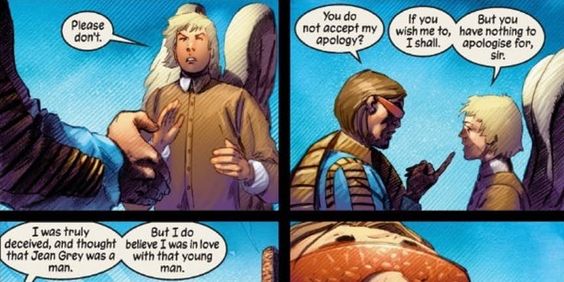 The winged mutant comes out as queer in the comic 1602, the story of an alternate universe where the familiar Marvel heroes were all born three hundred years earlier in the seventeenth century. The mutants are withbreed, and a team of them led by Carlos Javier saves Angel from being burned at stake, conceivably for being queer. Angel then becomes very close to another member of the X-Men team
John Grey, who he does not find out till the very end is actually Jean. Of course, his overtures make Scotius Sumerisle, the medieval answer to Scott. When Jean Grey is finally dead, Scott confronts Angel. Angel finds out for the first time that John was really a woman, and Scott apologizes but Angel does not find the apology necessary. Before flying off, he tell Scott that it did not matter that Jean hid her identity because he loved the young man any which way. This confuses Scott a great deal. 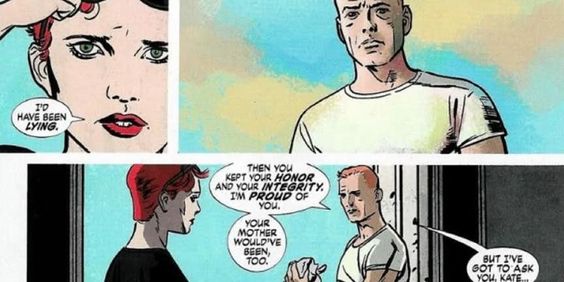 Kate Kane was introduced to the comic book world after nearly half a century. In the 60s she was a circus performer and a socialite who carried around her weapons of destruction in a fashionable little purse. This changes in the new avatar, where she is called Kate instead of Kathy. Her parents, Gabi and Jacob, both served in the military and it is her lifelong dream to also serve the country in uniform. However, it was 2006 and still time of the Don’t Ask, Don’t Tell policy. However, Kate is compelled to come out at her graduation at West Point in order to stay true to herself. This she does, with the effect that the school expels her. She then comes out to her father who is so much more accepting and tells her that he is very proud of the way she carried herself. 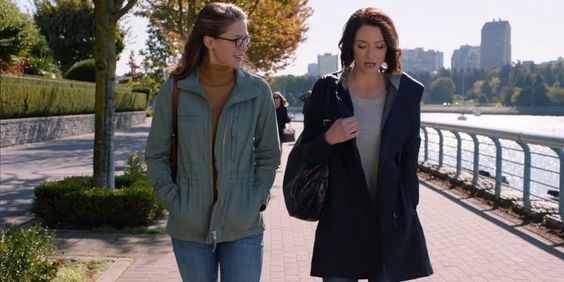 She is Kara’s older sister in Supergirl. She works in the Department of Extranormal Operations and did not really identify herself as gay until she met Maggie Sawyer who was at the time investigating an attack on the POTUS. While both agents end up spending more and more time with each other, there is a definite spark between them. So when Maggie tells Alex that she is in fact gay and she thinks Alex is gay too, it causes a mountain of confusion and denial to land on Alex. After much hand wringing, Alex comes to admit that she is probably gay and she definitely likes Maggie. She comes out to her sister Kara, who tells her to go tell Maggie about her feelings. Overall a sweet and happy family scene. 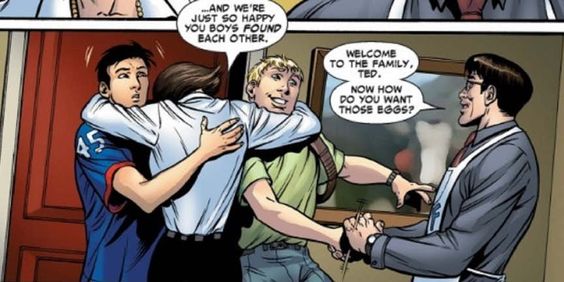 They are probably one of the most high-profile gay couple in Marvel. Wiccan and Hulkling, who go by the names Billy Kaplan and Teddy Altman, were founders of the Young Avengers. They always seemed too close and in Young Avengers #5, it was officially revealed that they were together. However, there was one other secret they were keeping from their parents – that they were superheroes. This made the Avengers angry so the two decided that they had to tell their parents. When the two begin telling Billy’s parents, the joke is that they reassure him that they have always known he was gay and it was just fine. While this was not what Billy and Teddy were going to say it is a sweet moment of acceptance nonetheless. Eventually, both Billy and Teddy are able to tell their parents the truth about both their secrets.