Leonardo DiCaprio has a reputation for dating many notable stars in the industry listing majorly models and actresses. He had kept most of his flings under wraps however is making the headlines for dating one of the supermodels known by many. He has recently broken up with his longtime girlfriend Camila Morrone, who was an exception on his dating list, due to the actor’s casual fling. Now that, she has become his past, he might be looking forward to settling down with his new ladylove Gigi Hadid.

The 47-year-old Oscar winner, Leonardo DiCaprio has ended his romantic relationship with model Camila Morrone after more than four years of dating mostly keeping it private. The former couple made their debut when they sat together in the front row at the 2020 Oscars.

The duo was seriously involved with each other with PEOPLE’s insider sharing back in 2019, “It’s definitely not a casual relationship. Camila spends a lot of time at his house. Camila is long known as Leo’s girlfriend. And Leo introduced her to both of his parents long ago.”

However, their relationship ended this year in August with a source told E! News that the former couple was “traveling a lot” and “distance played a factor” in their split.

Adding, “There are no bad feelings between [Leo and Camila],” another source told The Sun. “It just came to a natural conclusion.”

Another source told PageSix, that his breakup with the model might have something to do with his strict under 25 rule stating, “By the time girls reach 25, they’re looking for more — they’re looking to get married and settle down. That is not what Leo wants. He does not want a family and does not want to be around women who may press him for that.”

However, this old rule might not be valued anymore by the actor as he seemed to have found his next love interest which does not fits into this criteria.

You May Also Like: Gigi Hadid’s Father Gets Brutally Honest About Leonardo DiCaprio Dating His Daughter, Says He Has No Say In Gigi Hadid’s Dating Life

Now that the former couple had split up, rumors about the Titanic actor dating Gigi Hadid started hitting the headlines. The duo was spotted partying together in New York City during a post-party Fashion show.

Sources shared that the alleged couple looked “looked very flirty” and were “sitting in the dining room area and were canoodling and having a fun night out with each other”.

A second source, according to Marca, claimed, “Gigi arrived at Casa Cipriani a while after Leo did.”

Stating that they want to keep their relationship under wraps, “They like going there because they can be private and not worry about pictures being taken of them or people noticing them too much.

An EntertainmentTonight source shared that the couple is “hanging out a lot” claiming, “Gigi and Leo are the real deal.” The source also shared, “They’ve been hanging out a lot and are very into each other. Things are going well between them and they’re both happy.”

With things going smoothly, it might be possible that the couple could end up being married however one thing is certain, they have moved on from their former beaus and are moving on in their life. 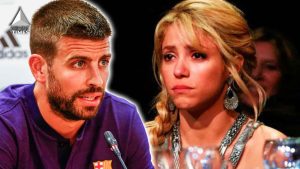 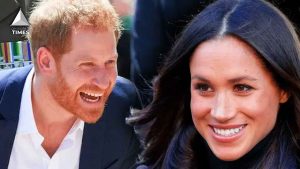