Before the beginning of the MCU, people wanted to find out who the strongest Avenger was. Before brawling it out in Marvel’s The Avengers, people were not really sure whether it was Hulk or Thor. After that brawl in the helicarrier, fans thought that the Hulk was just a little stronger. However, due to recent victories and feats, it must be concluded that Thor is the stronger.

Since his first appearance in the MCU, the God of Thunder has regularly shown that he is gaining strength. Thor has protected Asgard, Midgard and all the Nine Realms with his magic hammer, an axe, Odin’s Staff and even his bare hands. Through his cinematic appearances, Thor has shown that he has a penchant for killing oversized foes. We came up with a list of 8 moments where Thor shows his strength to the world.

1)Destroying Of The Rainbow Bridge 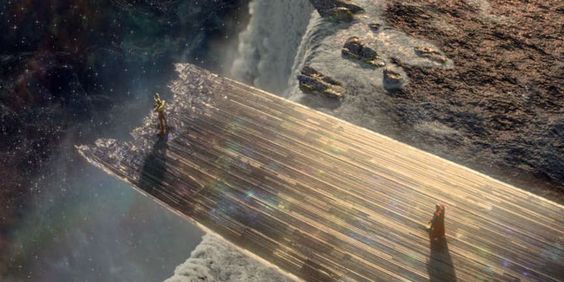 Although not a lot is said about the Rainbow Bridge and the Bifrost, it can be safely assumed that they must be fairly sturdy and quite difficult to construct. Despite their implied strength and importance, they don’t even survive one movie with the God of Thunder.

To save Jotunheim, Thor smashes Mjolnir into the Rainbow Bridge and then proceeds to destroy the Bifrost and the Bridge with a few blows of his trusted hammer. The damage caused by Thor was so great that an Infinity Stone to repair the damage. 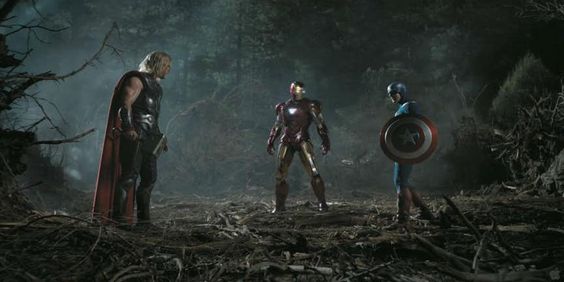 On his first meeting with Tony Stark, Thor and Stark have a difference of opinions. This soon turns into a scuffle. In the fight, an irritated Thor simply grabs Tony and squeezes his armour’s arms.

The gold-titanium alloy just caves under the strength of Thor’s grip. The thing to be impressed about is that Thor did not have to use his magic hammer or lightning and he wasn’t even looking to show-off his full strength.

3)One-shotted The Marauder Champion In Vanaheim

Forgive me for reminding you about The Dark World, but we have to talk about that one time when Thor destroyed the Marauders’ champion.

When Asgardians start to win the fight against the Marauders at Vanaheim, they send their champion forward. The giant Kronan(like Korg, but not nearly half as well mannered) is given a chance to surrender which he declines. Thor then proceeds to promptly finish him off with one hit from his hammer. With their champion hammered into a pile of stones, the Marauders surrender immediately.

Again showing how well he can slay huge monsters, Thor killed a Frost Beast while in Jotunheim.

When breaking the ice under the monster’s feet does not work, Thor flies straight into the Beast’s mouth and comes out the back of his head. 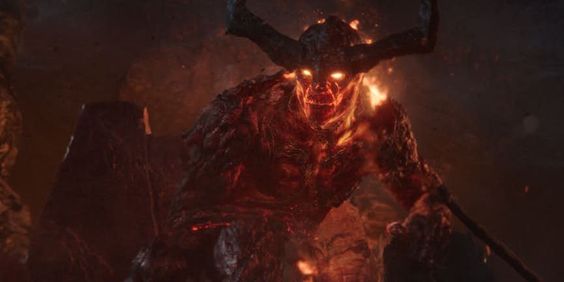 In Thor: Ragnarok, even before Surtur has the Eternal Flame and becomes a giant Asgard-destroying monster, he was still the King of Fire Demons. That is just as cool and badass as it sounds.

Despite being a monster made out of fire and having his giant smouldering sword, Thor knocks him out cold with a few good blows. For good measure, he also kills a fair amount of his Fire Demons just in case someone doubted Thor’s prowess.

When they fight the first time, Thor needs the Mjolnir to barely hold off Hulk and arguably, the Hulk would have won that fight.

This was not to be in Ragnarok. Not only was his hammer destroyed, his hair had been cut and he was fighting in a gladiator match in Saakar. Not to be bothered by this, Thor not only matches Hulk, he decisively defeats the Hulk putting an end to the long-standing debate of who’s stronger.

In the Infinity War, when Thor reaches the Forges of Nidavellir to attain a great weapon to defeat Thanos, he finds out that the Forge has gone dark and covered with ice.

Not only does Thor restart the giant frozen Forge with his bare hands, right after he does that, he proceeds to hold open the furnace’s damaged iris. He had to do this so that the Uru could be melted for his weapon.

In the process, Thor is hit directly by the concentrated blast of a neutron star which he survives.

8)Landed A Critical Blow On Thanos 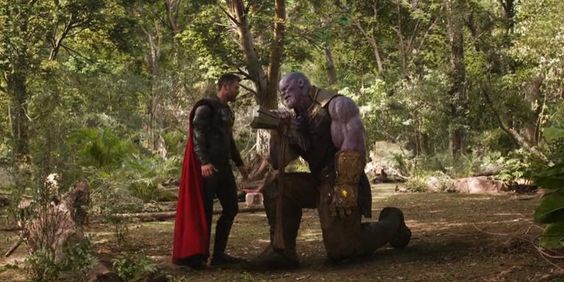 The only Avenger, sorcerer, Guardian or general hero/good Samaritan that came close to dropping Thanos was Thor. With Thanos in possession of all the Infinity Stones, Thor still managed to drive Stormbreaker into the Thanos’ chest, through his chest-plate.

Everyone’s whining about Thor not going for a head-shot, but give the guy a break already. He just lost his planet, his brother and is about to lose his remaining friends, family and home. I think he can be excused for not thinking about just how madly dedicated the Mad Titan was to his mission.