As the release of Godzilla versus Kong comes closer, people can’t stop talking about the film and what new things it will bring to the plethora of monster movies. While Godzilla versus Kong might be the topic of discussion among fans of monster movies, old movies featuring monsters are also up for discussion. Fan theories, crazy arts, fan fiction, nothing is spared from becoming a part of discussion. Not even Special effects. Special effects, CGI renditions are also up for immense debates. So here’s a list of the 5 best and 5 worst Special effects sequences. 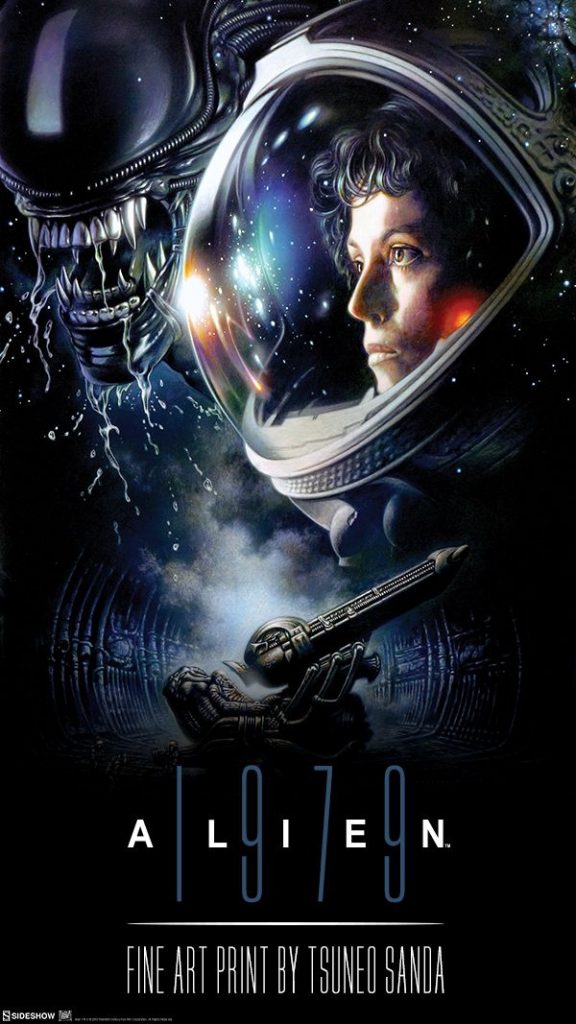 Alien is a film of the genre of sci-fi horror. It is a masterpiece for so many reasons. One of the reasons for this is the fact it has phenomenal special effects. Especially the flick set in outer space. The killer is a creature that is too terrifying and too real. The adult monster is a showstopper in the truest of senses. It was released in 1979 and yet it is on par with most films of this century making it one of a kind. 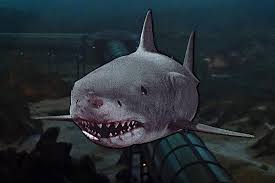 Jaws 3D released in 1983. It opened to awful reviews. Absurd (and fake looking) special effects were the biggest contributing factor to this. Most times, it looked as if a cardboard cutting of the shark was manually glued to the screen. The motions were the pioneers of extreme absurdity. Sometimes the objects would stop completely and at times, it would somehow burst through objects. 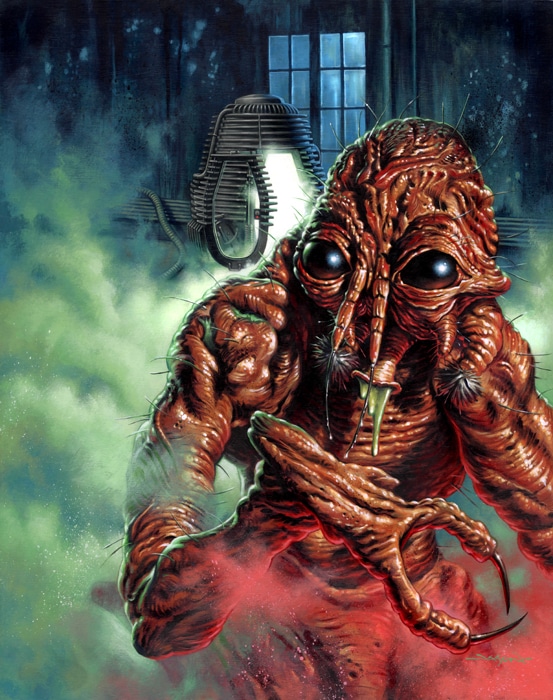 David Cronenberg is considered the creator and pioneer in the art of ‘body horror’. ‘Body horror’ refers to the terrifying and extremely horrific deformation, distortion and transformation of the body. The 1968 remake of the 1958 The Fly is an excellent addition to this genre.

This movie shows the main character Seth Brundle transforming into a creature. The final scene with The Fly is epic (even for how gross it is). The phase of transformation boasts an amalgamation of excellent and scary makeup techniques. Designers Chris Walas and Stephen Dupuis won an Academy Award for the same. 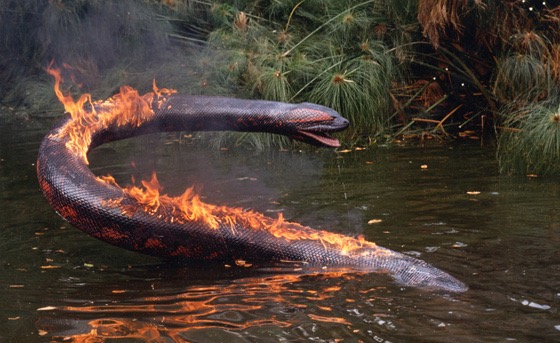 Anaconda is nothing but a glorified B-Movie. Except for the big names in the cast (Jennifer Lopez, Owen Wilson, Jon Voight and Ice Cube), nothing stands out, especially the special effects. Whenever the audience is given time to look at the Anaconda or a slow motion sequence is being played, it is soon realized that the snake is a big fake.

The directors were smart enough to know it. They kept the snake constantly moving and gave it fast movements. Otherwise it looked bad (read: very bad). The scene where (Spoiler Alert) Anaconda strangles Owen Wilson’s character in slow motion is particularly horrifying, not because of its story but because of how bad and fake the snake looked. 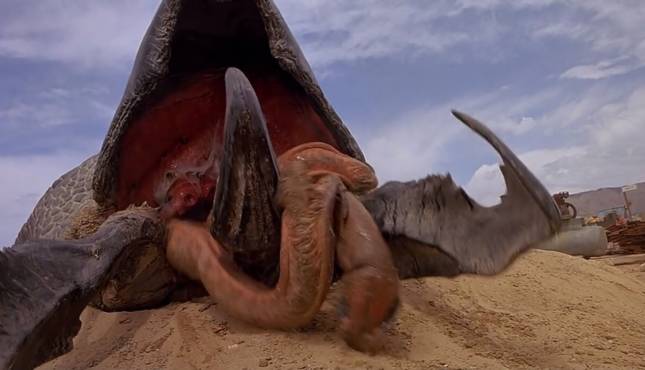 A clever and funny script was supported massively by a marvelous ensemble cast and super convincing visual effects. The design of “Graboids” kept evolving through the entirety of the film. The end result is equally slimy, scary and not to mention gross.

These are giant underground worms with no eyes. It is hard to make the audience believe in this creation and yet the filmmakers did quite the job with it. 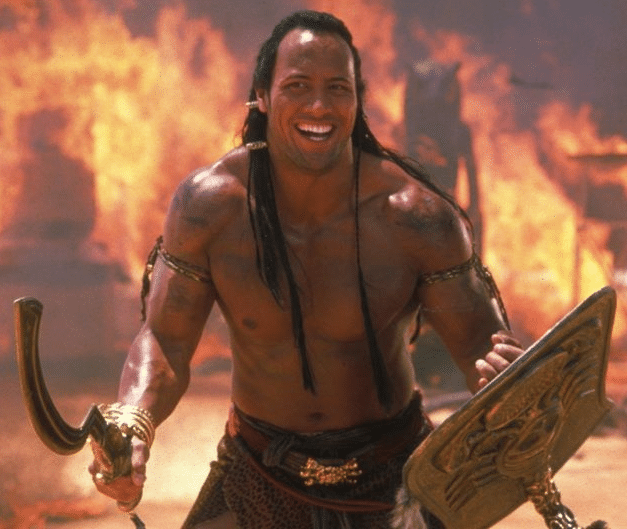 The Mummy returns (2001) went on the floors with a massive budget of around $100 millions. And yet, the special effects of the film took a massive blow. Dwayne Johnson’s character seemed like a video game character and that too a bad one which in actuality was a real human being (how could they mess this up?). 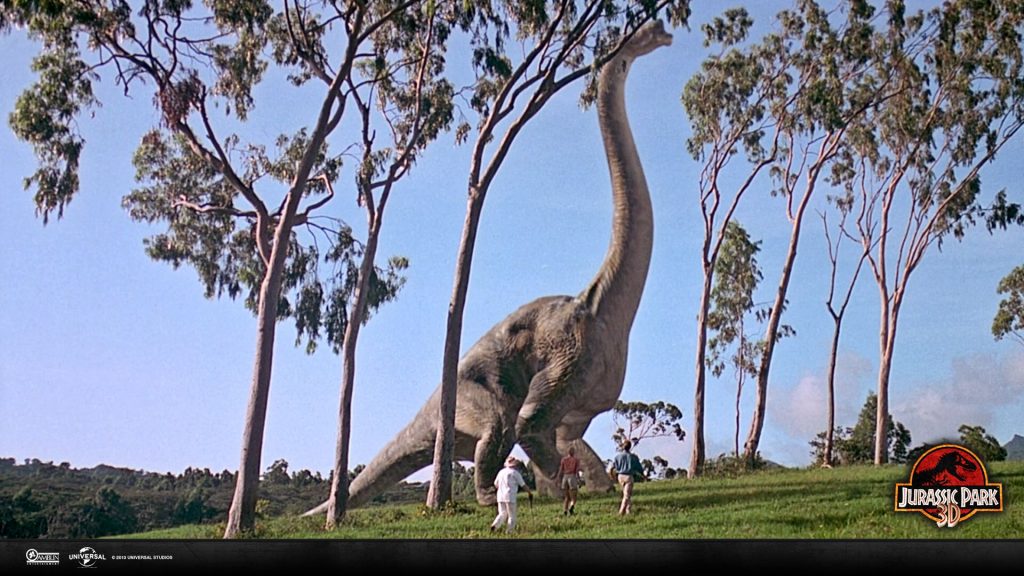 Stan Winston, also referred to as the pioneer in Visual Effects is the reason everyone holds their breath when watching the dinosaurs come to life in this classic. Despite being 30 years old, this film looks so much better (especially in the terms of special effects) than most 21st Century films.

The fact that the audience just doesn’t’ get scared but is also in awe is no mean feat. T-Rex for obvious reasons is the most famous and scary monster in the film (and it’s franchises), but the beauty (if you will) of Brontosaurus is unmatched and a sight to behold (if you can keep your eyes open for that long). 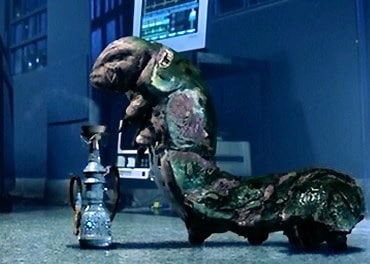 Freddy Krueger is an animated pot-smoking caterpillar is horrible and to say it is bad would be an understatement. It is the most misused use of CGI, but is hardly the only one in this film. The gore effects are very practical and effective but when combined with GGI, it delivers an amateur effect which does not contribute to the scare factor of the film. A restraint on the filmmaker’s part would have the film some good. 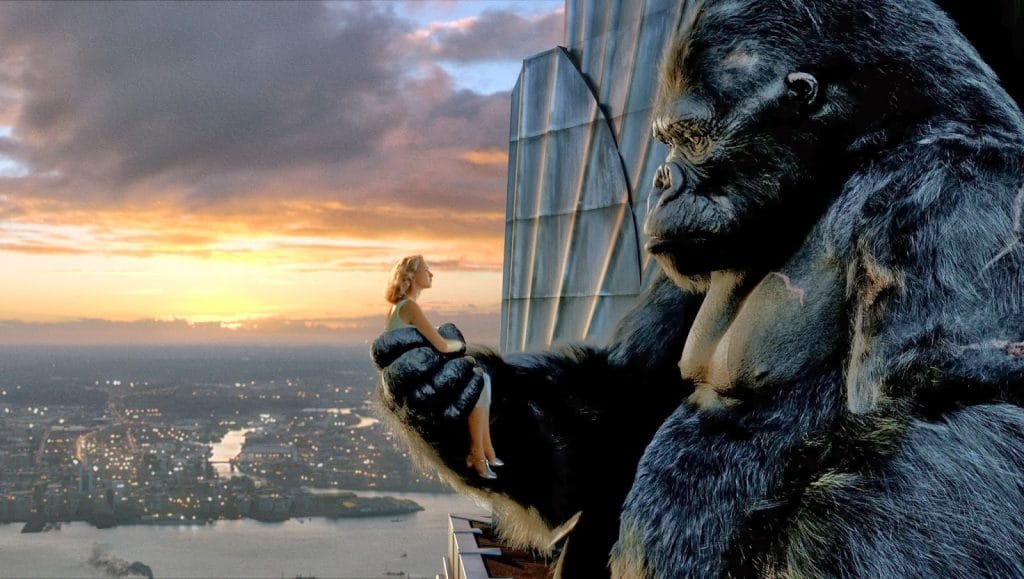 Peter Jackson created the universe of King Kong soon after The Lords of the Rings franchise (which was very famous, BTW). Jackson guided through the greatest American Myth in this 2005 film.

The film boasts a huge platter of CGI creatures over its 3 hour stretch. Nothing even comes close to how majestic and grand the character of King Kong looks. From the appearance to the execution, everything was so spot-on. The audience gets so heavily invested in the concept of ‘The Beauty and the Beast’ that they forget that the main character is that of an ape. Well, the eyes of King Kong are just so expressive, everyone would want to fall for him. 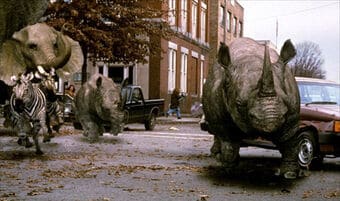 Story wise, the film isn’t all that bad but the visual effects ruin it for the film. From monkeys to alligators to birds, everything is bad, individually and collectively. The stampede of the huge creatures like elephants looks like it came straight out of a cartoon. The film is strong considering what a massive undertaking it was, though CGI wouldn’t be considered a strong point.