this is a truly impossible crossover. But if Godzilla does manage to reach Paradis Island, will he survive? Godzilla vs. Attack On Titan is a really interesting concept to explore. Let’s find out what happens.

Makes It: The Ocean

The island of Paradis is surrounded by a vast ocean. The ocean is what stops the Titans of Paradis from crossing over to the mainland. But the same Ocean is what gives Godzilla an unfair advantage. Godzilla’s physiology allows him to swim at great speeds with incredible agility for a monster of his size in deep waters. No matter how strong the Titans are, once Godzilla gets to the ocean, it will be all over. He could then use hit and run tactics to eat on the titans’ defenses piece by piece. the Titans would be sitting ducks. Godzilla could even use the ocean as a cover. There’s nothing the Titans could do but stall their impending doom.

Also Read: Attack On Titan may Compel Mikasa To Make a Heart-Wrenching Decision

Won’t Make It: The Rumbling 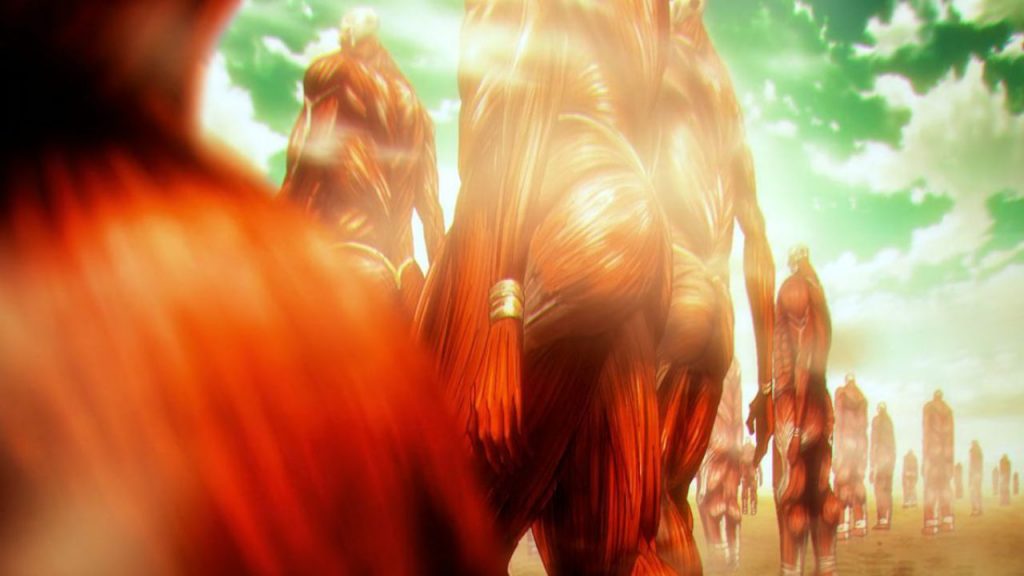 The Rumbling is the Attack On Titan’s version of an extinction level event. The Founding Titan or a Titan with the power of the Coordinate can initiate it. The Rumbling involves thousands of colossal titans marching on the world. They would walk all over the world, destroying human civilization to smithereens. Granted a Colossal Titan is nowhere near as big as Godzilla, even the King of the Monsters is not enough to fight back against a horde of these giant titans. Once the Rumbling begins, Godzilla is toast. 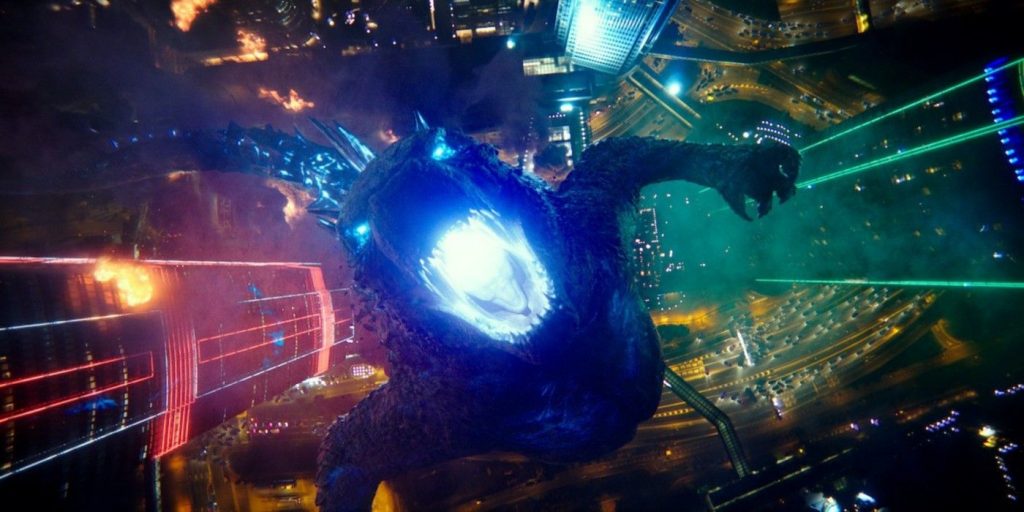 Godzilla is a monster with many gifts. He can breathe underwater. His prehensile tail acts like a whip. His spine scales can take down aircraft carriers. And of course there is his atomic breath as well. Using the Atomic Breath, Godzilla bore a hole into the core of the Earth in Godzilla vs. Kong. His atomic breath gives him far superior offensive abilities. One such blast and an entire armada of Titans would be killed in one full swoop. Godzilla seems to have a limitless supply of energy to power his atomic breath. So he could just create a distance and use this power to take down as many titans as possible.

Won’t Make It: The Coordinate 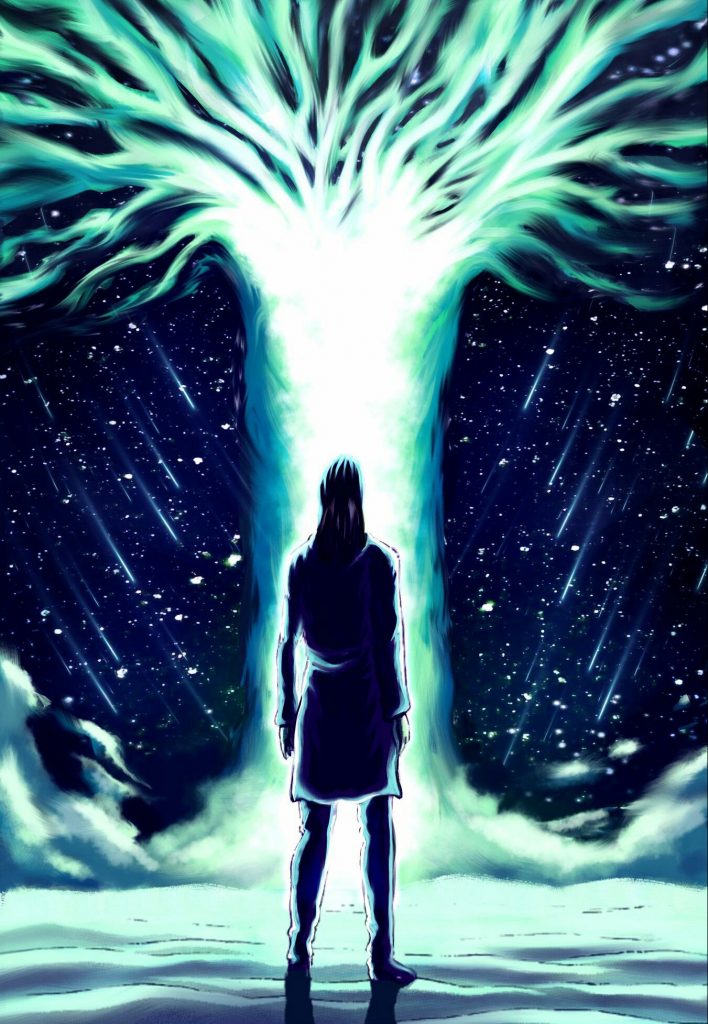 The coordinate is the nexus of all paths. The Paths were streams emanating from a different dimension that gives all titans their powers. The titans draw their strength and even the flesh and bones on their body from the Paths. And the Coordinate is the point where all Paths converge. The power of the coordinate rests in the hands of the Founding Titan. The Founding Titan can use it to telepathically communicate with his subjects, and transform his people into Titans at will. The Coordinate has many mysterious abilities. Using this power, the Founding Titan can literally command the bodies of his subjects to evolve at will.

Makes It: His Size 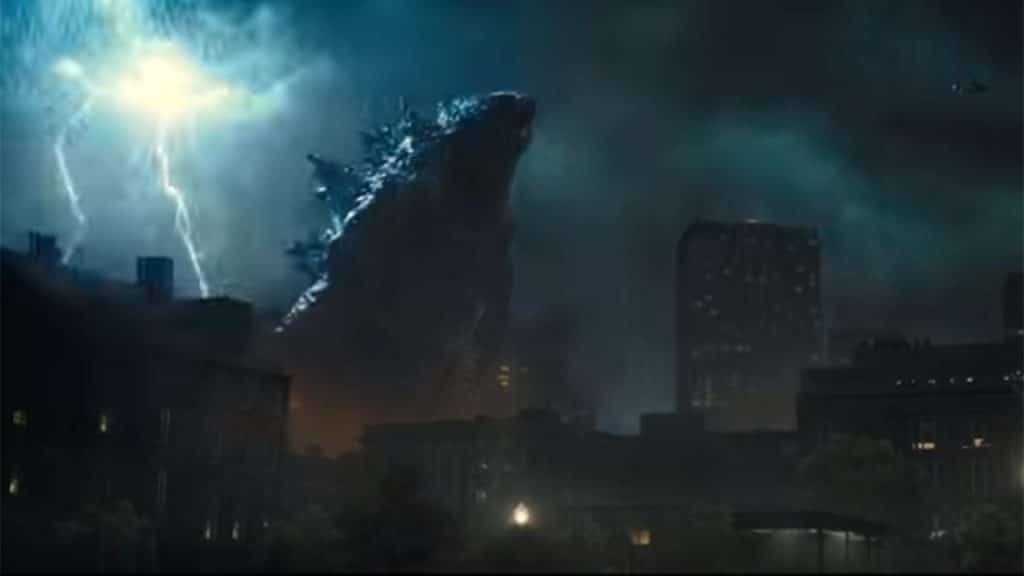 Although Godzilla’s true size keeps varying, his average size remains at around 603 feet. In comparison, the size of the Colossal Titan stands at 163 feet. Eren Yeager’s Rogue Titan form stands at 50 feet while Zeke Yeager’s Beast Titan is merely 55 feet tall. Godzilla would tower even the largest of Titans in the world of Attack On Titan. The only advantage the titans have is strength in numbers. But given the humongous size of the reptilian beast, even that advantage seems meagre.

Won’t Make It: The Nine Titans 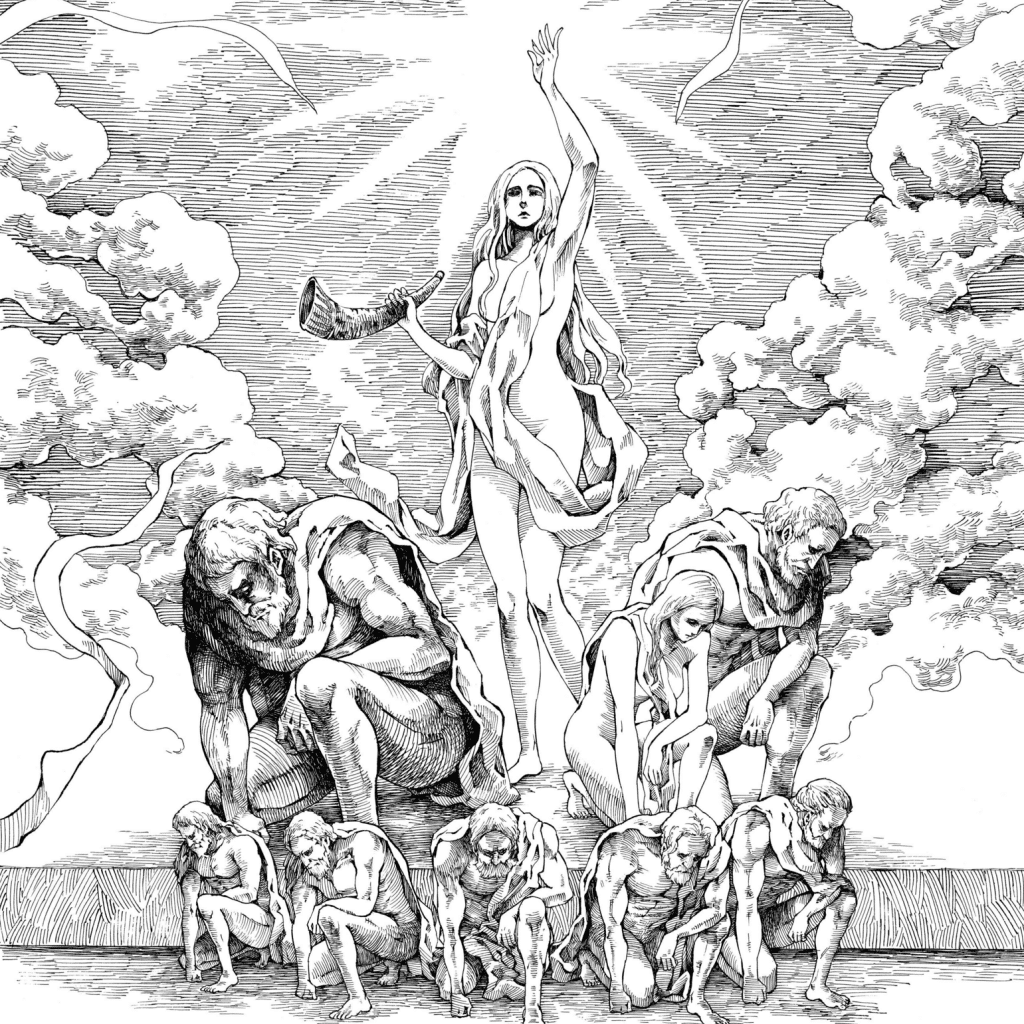 The pure titans are Eldian residents permanently turned into titans. They have no special abilities. They possess minimal intelligence and no powers of their own. Only the legendary Nine Titans, the first of their kind, are self-aware. They can think and act just like normal human beings. the Armored titan can punch way above its weight because of that incredible exoskeleton. The Colossal Titan can generate enough steam to take down multiple platoons. The Cart Titan is super fast and an excellent logistics support. The Beast Titan, Female Titan, and Warhammer Titan come with their own set of special attributes. Working in tandem, they could takedown Godzilla.

Makes It: Knowledge Of The Titans’ Universal Weakness 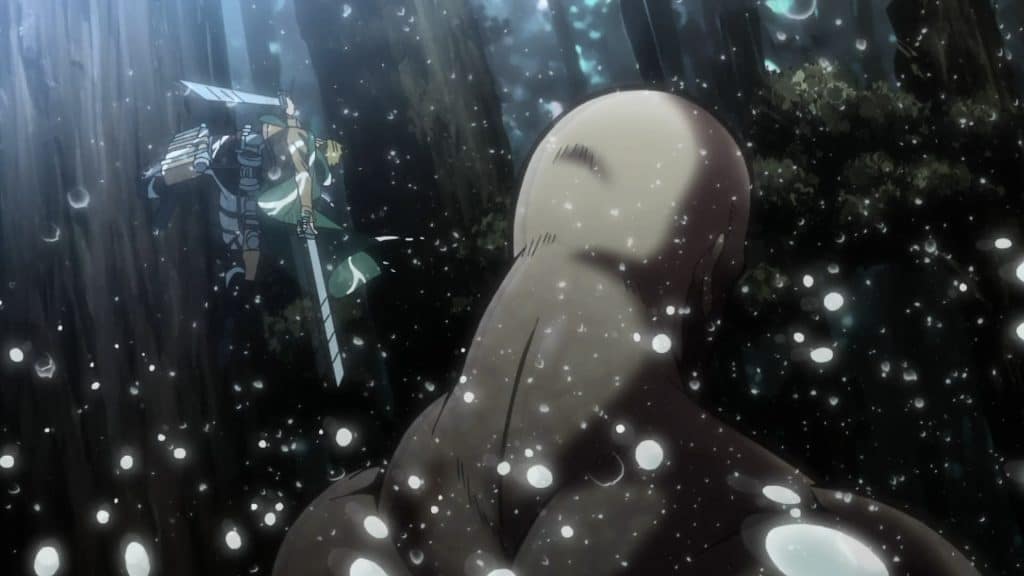 The Titans, pure or otherwise, have one universal weakness. This weakness is how the armies of Paradis have been able to push them back time and again despite the titan’s overwhelming strength and speed.  It is the nape of their neck. All Titans were once humans. They were transformed into Titans but what remains of their human essence is situated at the nape of their necks. Slash it off and the Titan dies. Once Godzilla figures this weakness of the Titans, the tables would turn in his favor for sure. 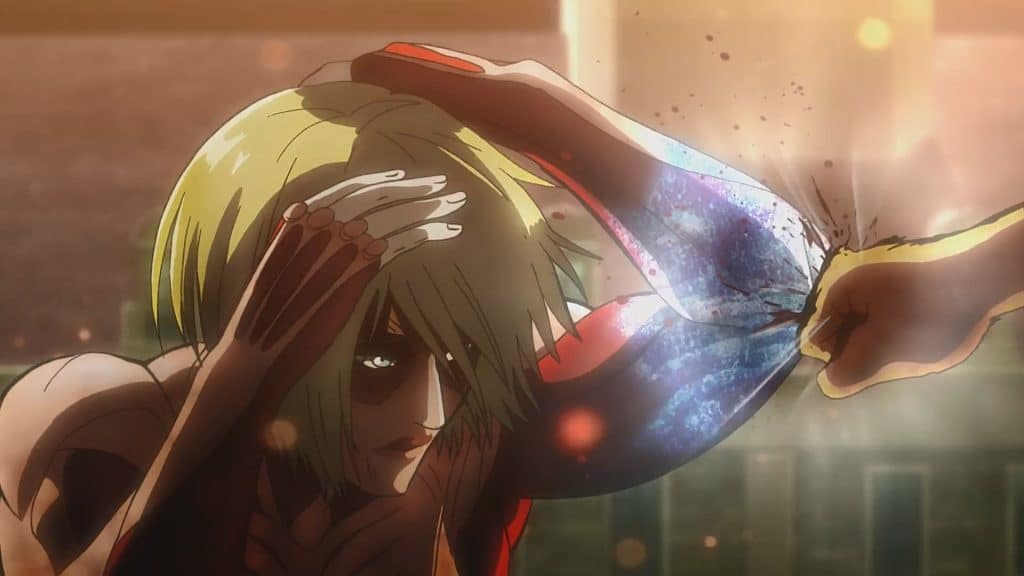 For all the battles Godzilla has fought and won, there is one thing we have noticed. Godzilla’s body is not indestructible/ It can sustain damage. the titans have shown a remarkable regenerative healing factor. As long as the nape of their necks remain intact, they can heal themselves no matter how grave the injury is. They can regrow lost limbs in mere seconds. Godzilla does not possess that ability. A healing factor this powerful will come in really handy while dealing with a monster almost ten times their size.

You May Also Like: Pacific Rim 3 Was Supposed To Connect With Godzilla vs. Kong’s Monsterverse 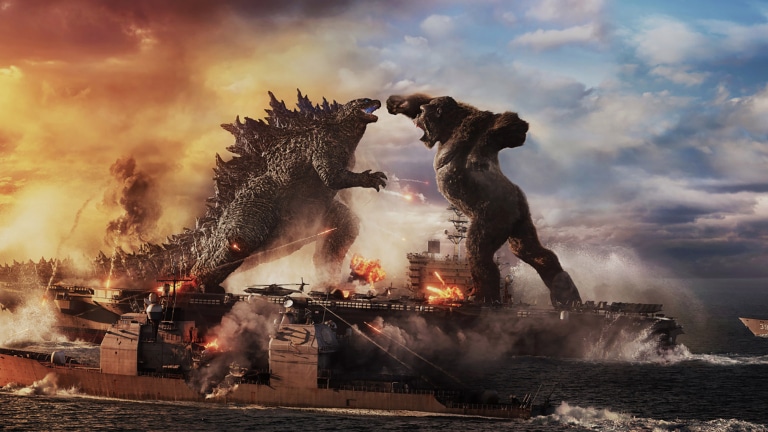 Godzilla has been fighting rogue monsters since time immemorial. He is a battle hardened beast. And over the years, he has accumulated all this combat experience to become a well-oiled fighting machine. The Titans lack combat training. Most of them are just mindless hordes who want to eat as many humans as possible. Godzilla is more experienced when it comes to close combat. An advantage of this caliber is instrumental in deciding the victor. 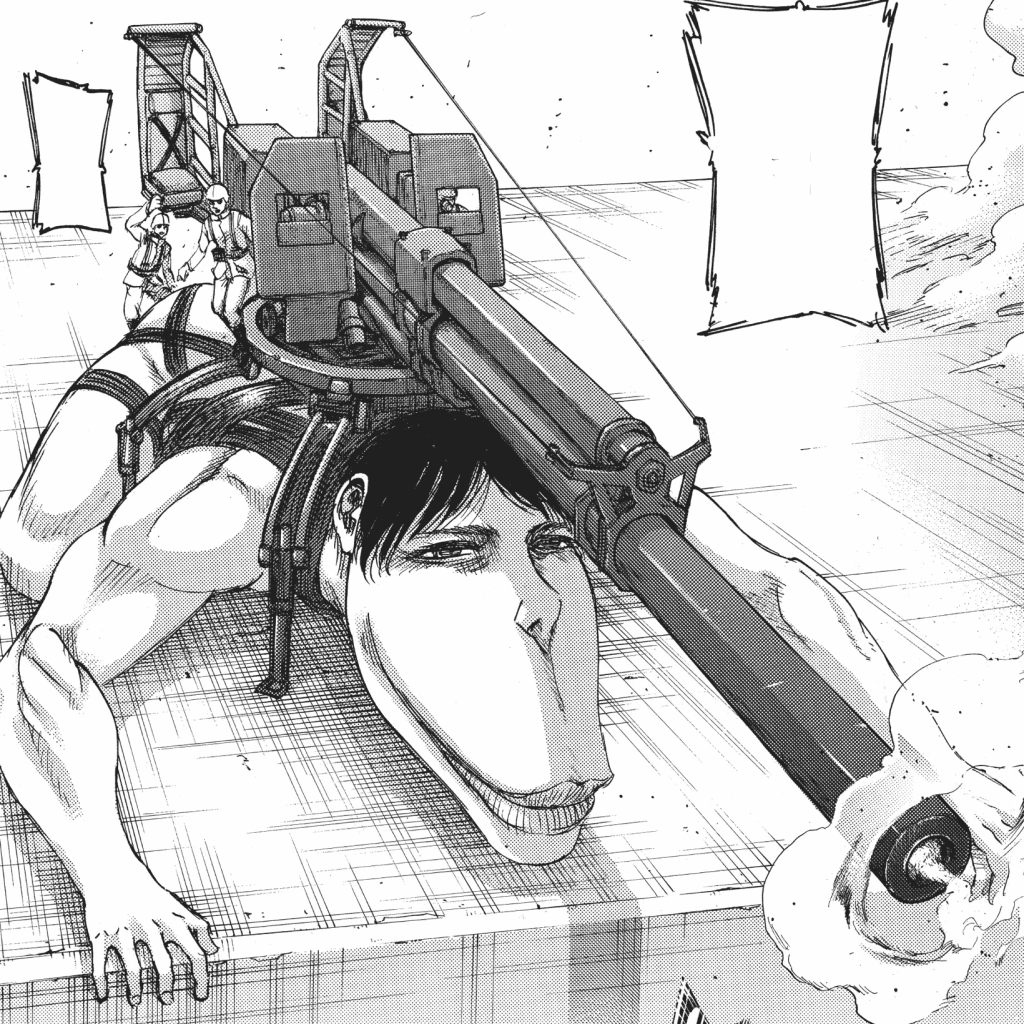 This might make little sense. But here us out. The modern world had nukes and bombs much more powerful than the weapons technology in Attack On Titan. But the Mid-East allied Forces, enemies of Markey, devoted all their energies to create a weapon capable of piercing the shell of even the Armored titan. Individually, the Anti-Titan Artillery bears no danger. But when you equip the nine Titans with this technology, it might prove to be a deadly ace in the hole. The Cart Titan, for example, if fit with multiple anti-Titan armor piercing artillery canons, could do substantial damage to Godzilla.