The Three Mega Titans – Mothra, Ghidorah, and Rodan were introduced in Godzilla: King of the Monsters will be making their return in one way or another in Godzilla vs. Kong.

Several fan theories in the internet have claimed they got the roadmap for the return of the three titans in Godzilla vs. Kong right.

But we are here to give you three accurate theories that might help decipher the mystery of the three titans’ coming back in the third Godzilla movie of the Monsterverse. 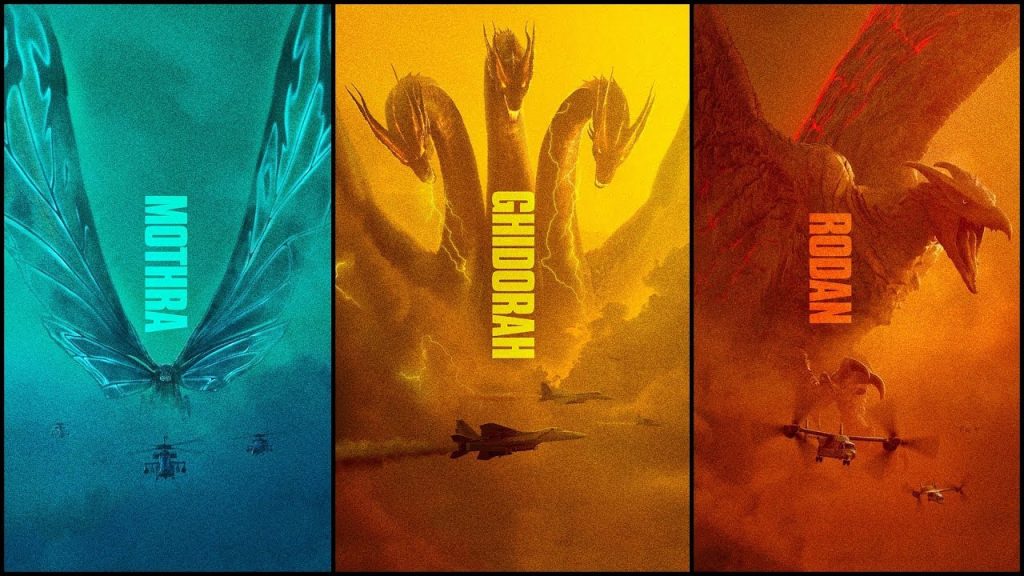 All three Titans are properties of the Togo-Verse.

Multiple movies featuring them have been made in the past.

In order to use the Titans in their own movies, Legendary Pictures had to pay a hefty sum to acquire the rights to the three Titans!

There is little doubt that Legendary will try to inculcate Mothra, Ghidorah, and Rodan into Godzilla vs. Kong because they need to make it count as much as possible.

The three titans were hinted to exist within the Monsterverse when cave paintings depicting the trio of monsters were seen in Kong: Skull Island.

The Titans soon found their way to Godzilla: King of the Monsters. Two of the three Titans played their roles as they were supposed to in the movie.

King Ghidorah, the alien Titan from outer space, fought and nearly killed Godzilla, temporarily usurping the throne as the new King of the Monsters.

Mothra turned out to be an ally of Godzilla, helping him win the fight against Ghidorah.

Rodan first resisted Ghidorah’s domination but after being bested by the latter, fought against Godzilla and Mothra on Ghidorah’s side.

Godzilla became the Alpha again at the end of the movie. Only Rodan survived. Ghidorah and Mothra perished in the climactic battle.

Godzilla was accepted as the new King of the Monsters aka the Alpha by the surviving Titans – Methuselah, the Third MUTO, Behemoth, Scylla and of course Rodan.

The only Titan that is yet to accept Godzilla as its king is Kong of Skull Island.

The Rebellious Primate Titan defies Godzilla’s authority. In Godzilla vs. Kong, the duo will fight to the death.

But what about the three Titans from the previous movie!! Do they make a return? If yes then how?? 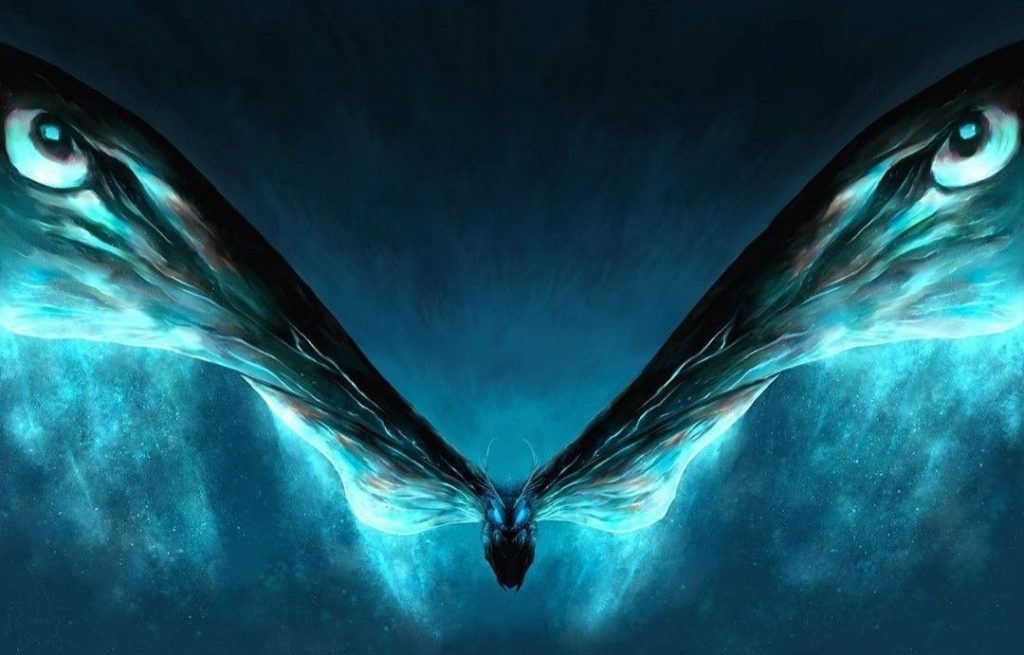 Her unique reproduction cycle allows her to pass on all her memories to her off-spring. This gives her a form of immortality.

Mothra laid an egg before following Godzilla into war. That egg remains the only way Mothra could make a come-back.

As revealed in the newspaper articles when the credits roll in Godzilla: King of the Monsters, the egg is the way she is reborn!

Related: The First Clip of Godzilla vs. Kong

In King of the Monsters, we are introduced to the characters of Dr Chen and Ling.

The movie cast them as twin siblings. Zhang Ziyi plays Dr Chen in the movie.

It is later shown that Zhang Ziyi’s Dr Chen and Ling come from a long line of twins that have always been in the service of Monarch.

In Toho’s Godzilla and Mothra movies, there is the concept of the Twin Fairies. The Twin Fairies share a deep psychic and emotional bond with Mothra.

They can communicate with her telepathically. With Chen and Ling in Godzilla: King of the Monsters, we now know for sure that the Twin Fairies do exist in some form in the Monsterverse.

Zhang Ziyi’s character slated to return in Godzilla vs. Kong, this connection could be explored in more depth. 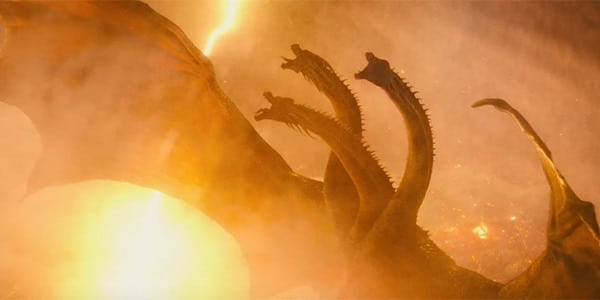 Ghidorah had fought Godzilla centuries ago.

After losing that battle, he remained encased in ice for thousands of years until he was awakened due to human intervention.

Ghidorah’s alien origins threw a monkey wrench into the natural order of things within the Monsterverse.

It was only due to Mothra’s help that Godzilla circumvented Ghidoarh’s healing factor and used his atomic pulse to destroy his body from the inside.

In the end, only one of Ghidorah’s heads made it. The severed head floated away into the depths of the ocean off the Mexican Coast. 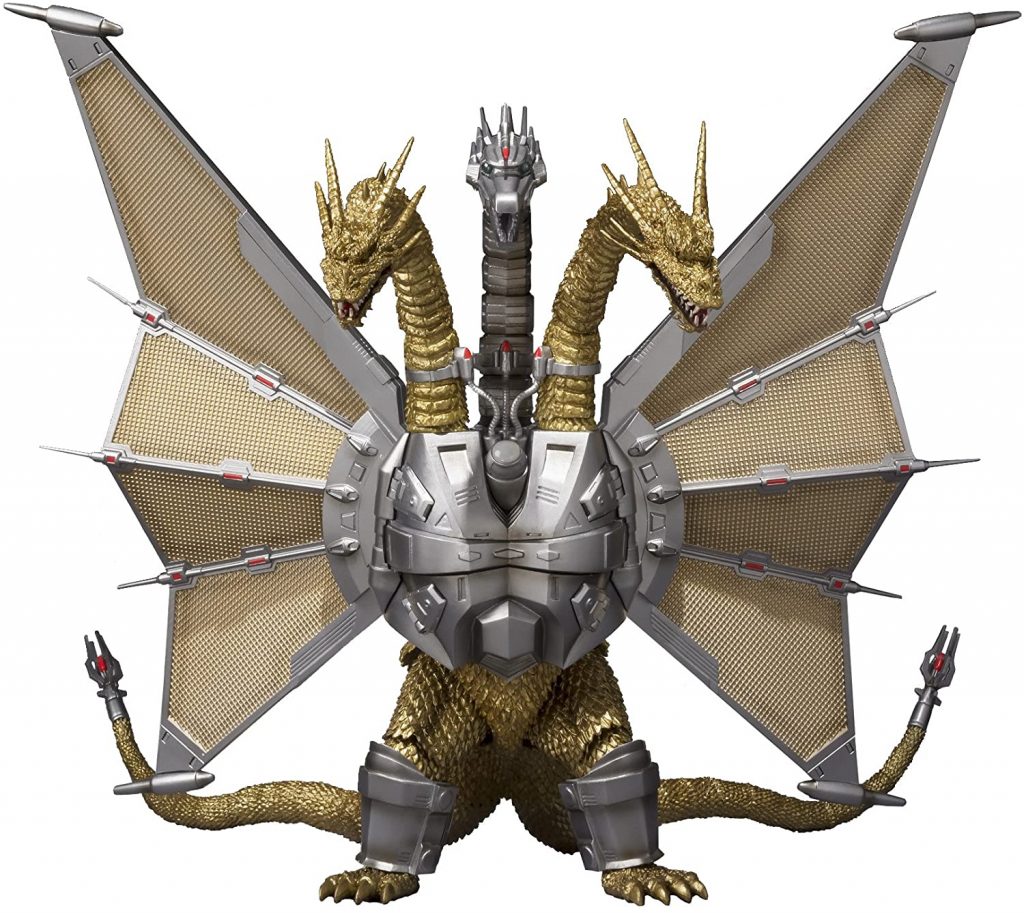 In the post-credits sequence, Ghidorah’s head is found out by Jonah, played by Charles Dance in the movie.

Jonah has some secret plans with the head. One way or another, Ghidorah is returning. Either the head will be used jump-start Ghidorah’s regenerative factors or it will be used to clone a new Titan.

One other method for him to return will be via mechanical means. Godzilla vs. Kong could see the rise of Mecha-King Ghidorah, a very popular monster in the Toho-Verse.

Monarch is known to be capable of constructing mechanical giants as revealed in the movie.

If Dance’s character could get his hands on such a technology, Ghidorah could return with an entirely new avatar. 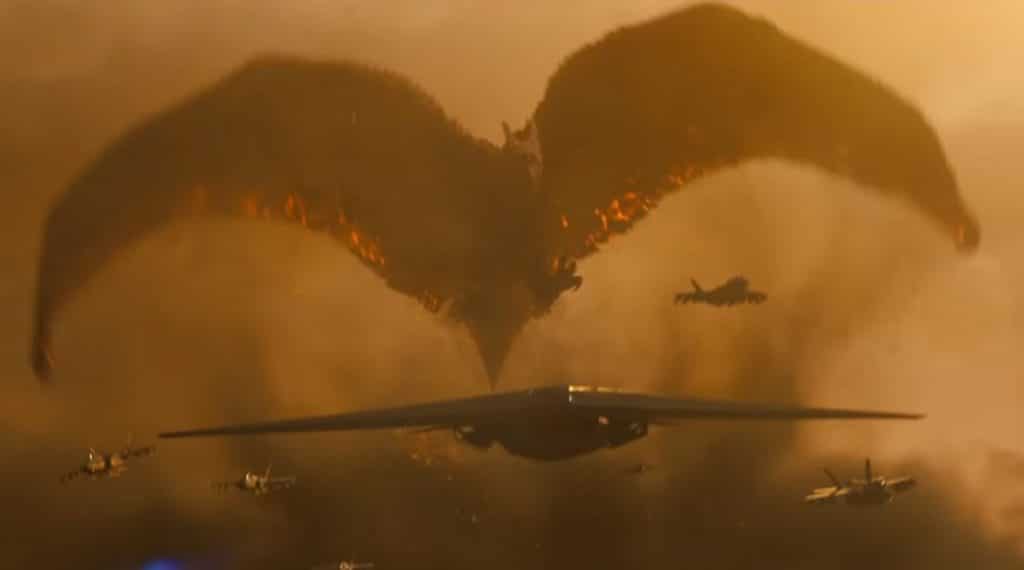 Rodan was shown as the enemy in Godzilla: King of the Monsters. Following the orders of King Ghidorah, Rodan fought and mortally wounded Mothra.

He even went so far as to fight Godzilla on multiple occasions. Rodan is currently in hibernation.

And he also has the easiest chance to make it into Godzilla vs. Kong.

It is because he obediently follows the orders of the Alpha, whoever it might be. In the case of Godzilla vs. Kong, the new Alpha is Godzilla.

While fighting Kong, Godzilla will seek the help of his Titan followers. Rodan could return to aid the Alpha against Kong.

You May Like: The Kaiju Score: Sony Making Monster Heist Comic Book Movie

Rodan and Godzilla are two of Toho’s greatest Titan Monsters. Fans never got to see the famous Godzilla-Rodan team-up.

They could finally get that opportunity in Godzilla vs. Kong. Rodan could tag along when Godzilla is making his way to Skull Island.

He could provide some much-needed air support.

While all of these are plausible scenarios for the return of Mothra, Rodan, and Ghidorah, there might be other ways that we may not have been able to cover.

For now, this looks like the most accurate estimations for the three Titans to make their much-anticipated come-back.

There are already rumors of many new titans coming into the fray. Maybe they will also have a role to play in the return of Ghidorah, Mortha, and Rodan.