Godzilla is the King of the Monsters.

The Kraken is the Titan Killer and the Greatest Weapon in the Arsenal of the Gods of Olympus.

Godzilla vs. Kraken will be a Clash of the two monsters to send shock waves that will be felt across the world.

Who wins this gargantuan fist-fight in a Godzilla vs. Kraken death-match?

Godzilla is the King of the Monsters. He is the Alpha Titan.

When he speaks the rest of the Titans listen and obey. That honor only goes to the strongest Titan of all.

As a result of his Alpha Status, Godzilla commands a huge horde of Titans scattered all across the globe.

We only saw a few of them in the last few Monster-Verse movies.

But considering we know there are a lot more Titans within the Monster Verse, if they ever see their King in danger, they will rush in to aid him in battle.

The Kraken may be strong but he will have a hard time dealing with Godzilla alone.

There will be dozens of Titans at Godzilla’s beck and call. The Kraken may not survive the battle. 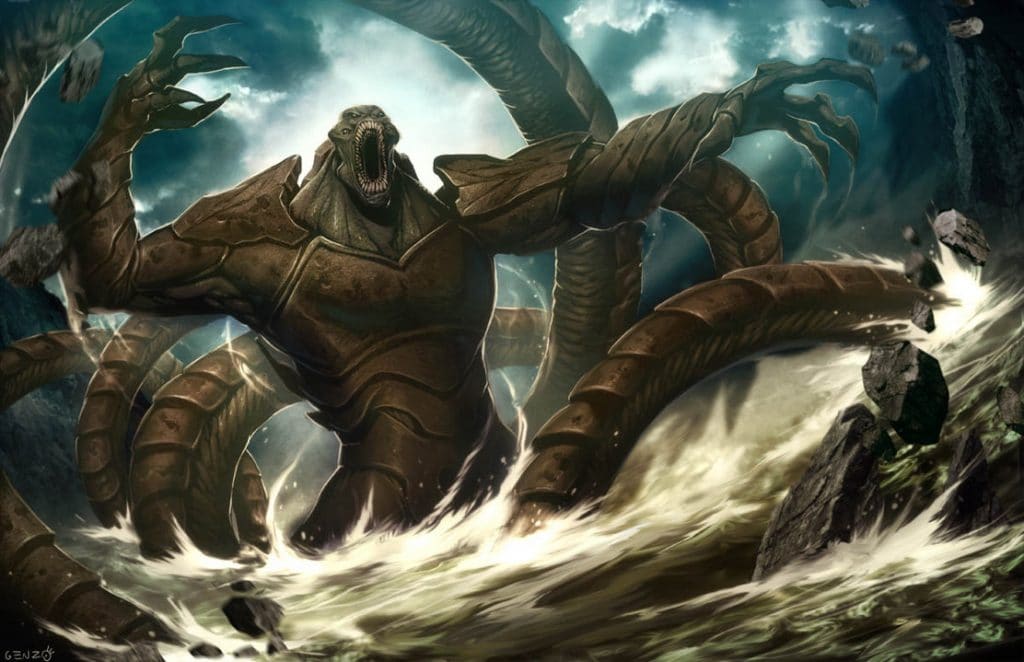 The Kraken was created by the Gods of Olympus to help them fight the Titans.

In the Greek Mythology, Zeus, Hades, and Poseidon – Rulers of the Three realms of Olympus, Tartarus, and the Sea, created the Kraken to wage war against their father Kronos and the Titans.

The Titans were the original rulers of Earth and it was the Kraken that brought them to their knees and allowed Hades to imprison them in Tartarus.

The Kraken has a hell of a lot of experience at fighting otherworldly threats than Godzilla.

We are in no way discrediting Godzilla’s credentials but the Kraken’s track record speaks for itself.

You May Also Like: Godzilla vs. Kong:How Do Mothra, Rodan, Ghidorah Return? 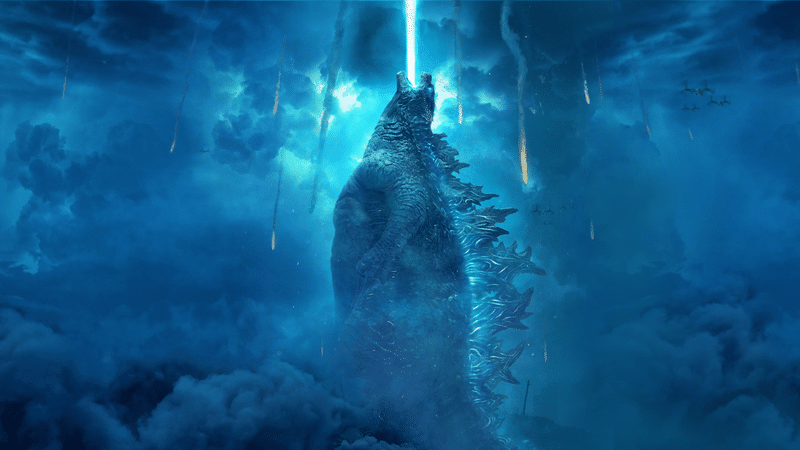 Godzilla’s trademark ability is his power of the Atomic Breath.

This is an ability he has shown since the first-ever 1954 Godzilla Movie. Mind you the Atomic Breath is not the same as Fire Breath that you see being shown by mythical dragons in a fantasy movie.

It is much more potent and powerful. It is an incredibly powerful beam attack that Godzilla spews out of his mouth.

To do that, he literally uses all the radioactive energy within his body and concentrates into one powerful beam of concussive force.

The official guidebook of Godzilla states that the temperature of Godzilla’s Atomic Breath is more than 500,000 degrees Celsius.

That is more than the temperature of the surface of the sun. No living being can survive a direct hit from the Atomic Breath, not even the Mighty Kraken. 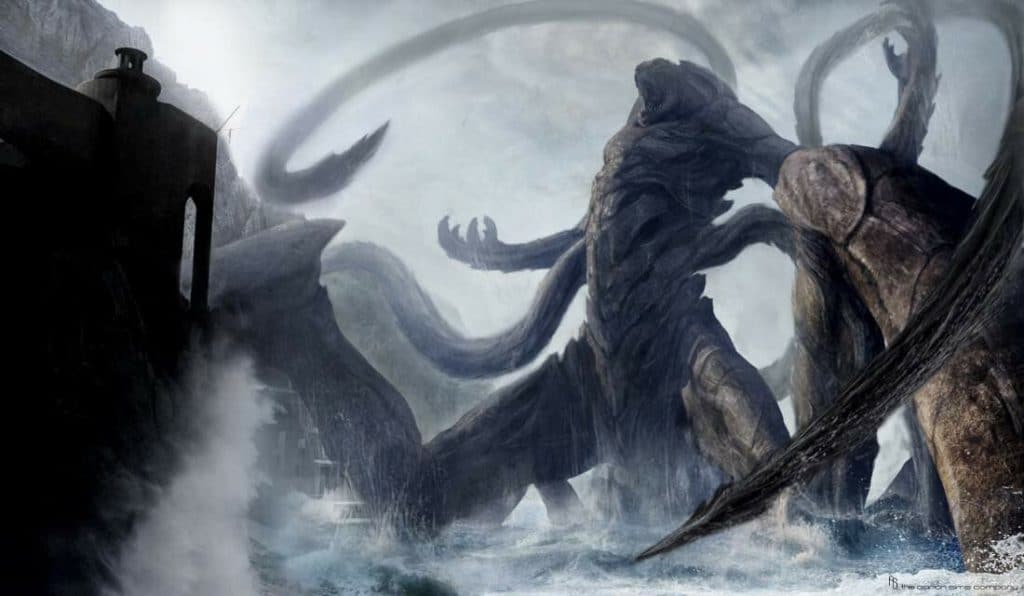 The Titanic Cephalopod is known to be way larger than an island. Godzilla is huge. There is no doubt about that.

But the Kraken easily towers the King of the Monsters.

The Kraken is said to be as big as the Greek Titans. The Titans, in Greek Mythology, were as tall as the sky.

If the Kraken is even half their size, then it will be bad news for Godzilla.

Kraken can just use its size to its advantage, keeping Godzilla at bay with his gigantic tentacles and then beating him from a longer distance.

We are taking the Greek Mythological Sources as a reference here. Even in the movie Clash of the Titans, the Kraken looked visible larger than Godzilla. 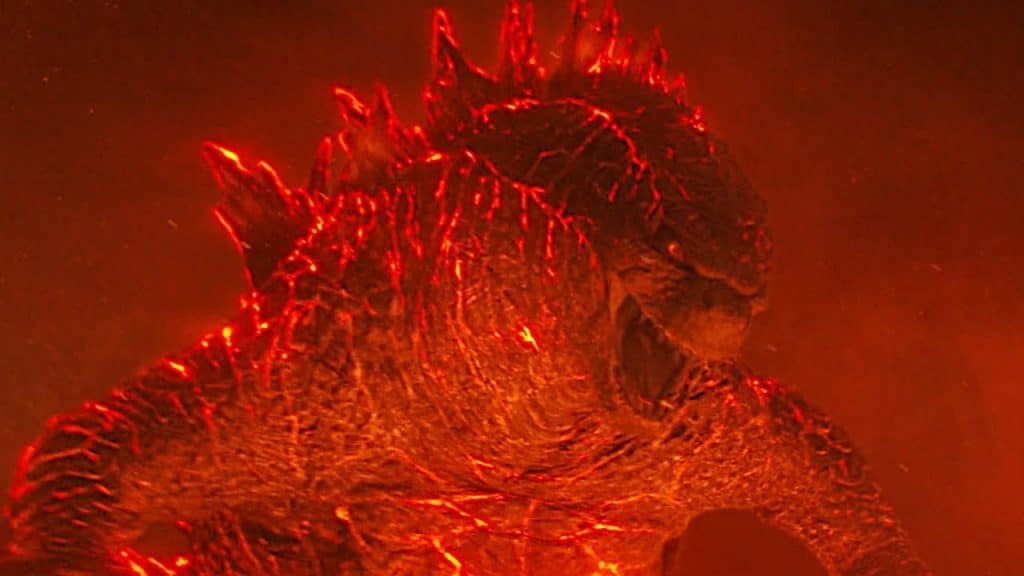 Godzilla was created due to nuclear radiation. He lives and breathes in it. It is the only source of energy he would ever need.

Using the Atomic Breath, he can unleash holy terror onto his enemies in the form of pure radioactive energy.

There is one more way he could release nuclear energy in his body.

This attack has a wider reach and is much more devastating. The Nuclear Pulse unleashes a wave of radioactive energy so strong even buildings and mountains crumble in its wake.

It took two nuclear pulse attacks to push back King Ghidorah, a monstrous alien Titan with the ability of Godlike Regeneration.

A few such pulses would significantly weaken the Kraken.

Kraken: Myths Suggest There Are More Than One 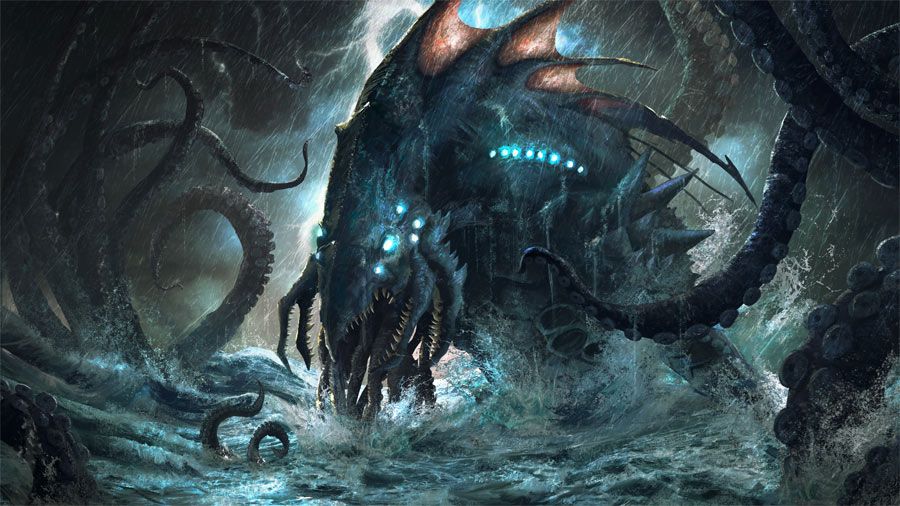 The Kraken is a mythological figure in not just Greek Mythology but also the Norse Mythology.

It used to attack seagoing vessels and drag them to the bottom of the ocean.

But if the ancient scriptures are to be believed then there might be more than one such Kraken.

The Greeks never mentioned that the Kraken was the only one of its kind. It had to have the ability to reproduce.

Since it has been around since the era of the Titans, it may have given birth to multiple children that are of the same shape and size.

Godzilla: Can Live To Fight Another Day

When Godzilla is hurt and injured real bad, it can retreat to its den located right in the center of the planet.

His humble abode is a place of intense radiation that seeps out of Earth’s core.

Godzilla uses this radiation to accelerate his healing. Any and all injuries he sustains in a fight with other monsters, no matter how grievous, will be healed if given sufficient time.

If he is ever not able to continue the fight with the Kraken, he could just retreat to his underground fortress located below the sea bed and lick his wounds, living to fight another day. 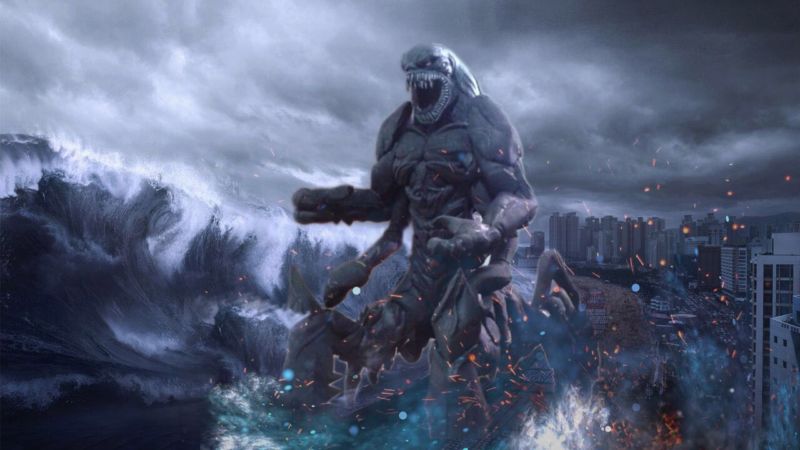 The Kraken’s enormous tentacles are not just for the show.

It is also known to have a mystical control over water. In Greek Mythology, it can create whirlpools so huge it could swallow an entire armada of ships.

If the fight between Godzilla and the Kraken is carried over water, then the Greek Titan Killer will have a huge advantage.

Its enchanted control over water will make Godzilla its personal plaything, making the Alpha Titan swirl around in circles, getting hit by the powerful currents of the artificial whirlpools it creates.

Godzilla: Humanity As Its Ally 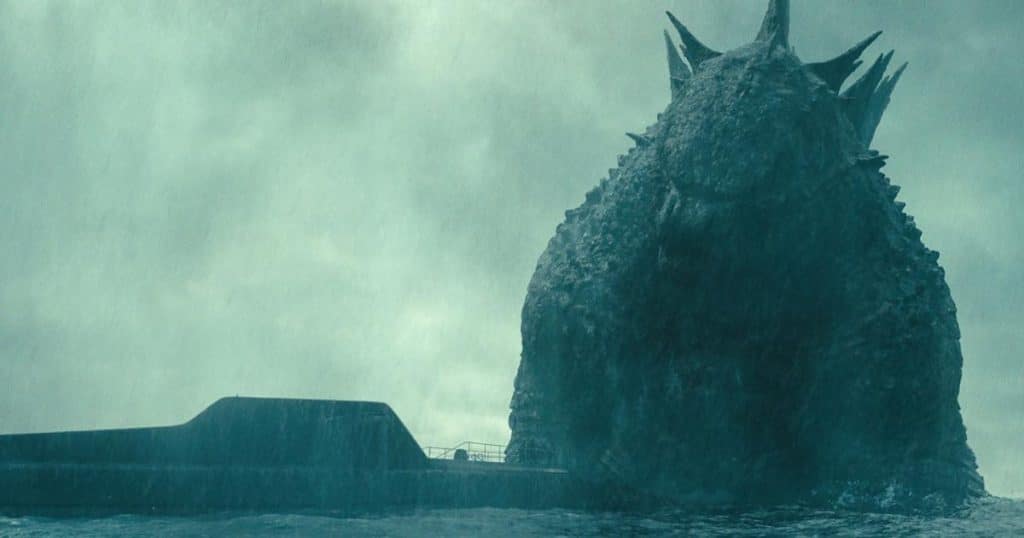 Humanity may not have trusted the Monster King at first, but they do now.

Godzilla is not just the King of the Monsters, he is also the guardian and protector of Humanity.

Every time a Titan tries to endanger the human race, Godzilla has come forward to protect them.

Humanity may not have much but they do have one thing – technology.

They could provide long-range support to Godzilla in terms of reconnaissance and location tracking.

If push comes to shove, humans could even use Nukes to bomb the Kraken.

Godzilla has survived a nuclear explosion before. He could do that again. We are not so sure if the Kraken could survive a nuclear onslaught.

Related: Godzilla vs. Kong: Which Monster Will Take the Crown

Kraken: Only Magic Can Kill It

The reason the Kraken was able to defeat the Titans when the Gods waged war against them was because of its immunity to physical attacks.

The only thing that can kill the Kraken is Magic since it was created by magic itself. The Kraken, in the movie, was killed by exposing it to Medusa’s Head and its petrifying stare.

Physical attacks do work but it can never kill the Kraken. Even the Gods did not know how to kill it so they asked Hades to keep it locked up.

Godzilla, as far as we know, has no magical arrow in his quiver. So the max he could do is push the Kraken back. He can never kill it.