The Barbie movie is one of the most anticipated movies of 2023. Greta Gerwig is a brilliant director and according to reports, the plot of her upcoming movie is something very special. A few weeks ago the teaser of the movie was released and it was nothing short of a cinematic masterpiece. The movie has an incredibly star-studded lineup, with a lot of diversity in the cast. Margot Robbie will play the role of the titular doll and Ryan Gosling will play the role of her love interest, Ken.

In a recent interview, Simu Liu also opened up about his views of the movie. Simu Liu was also spotted in the trailer of the movie and will be playing the role of another version of Ken.

Greta Gerwig was very careful about choosing her cast

According to sources, there will be multiple versions of Ken and Barbie in the movie. Alongside Ryan Gosling and Simu Liu, Ncuti Gatwa and Kingsley Ben-Adir are also going to play the role of Ken. Therefore, it is quite evident that there is a lot of diversity in the cast. While talking about a dance sequence, Simu Liu talked about how Greta Gerwig chose her cast for the movie. He said, “Greta was very, very conscientious about who she cast.”

He further talked about how the dance sequence is very intricate. Liu said, “We were able to cast people of different shapes, sizes, differently abled, to all participate in this dance.” The message of the song is that it isn’t about one’s physical features to play the role of a Barbie or a Ken. He said,

“It’s really about finding your inner beauty and owning that part of yourself and being the best possible version of you.“

Simu Liu on working with such a diverse cast

The Shang-Chi actor was nothing but appreciative of the plot of the movie and its cast. Liu said that it was an absolute delight working on the movie. He said that he never felt “isolated” on the set. He further added how fun it was to work with people who celebrated each other’s differences. “I think when you watch the movie, you’ll see that reflected on the screen,” Liu added.

Also read: “It was the greatest moment of my life”: Shang-Chi Star Simu Liu is Heads Over Heels After Meeting Brad Pitt For The First Time at Bullet Train Premiere, Says Life Goes Downhill Once You Meet Him

Greta Gerwig has created something of a masterpiece with the Barbie movie. Last summer Liu stated that the movie has the best script he has ever read. He said,

“This is the type of movie that I love, unabashedly. It’s smart, it’s subversive, and it’s meta, and it makes fun of itself.“

The movie is also very hyped among the fans and is all set to hit the theatres on July 21, 2023. 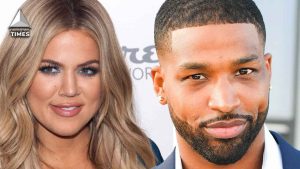