Harleen Frances Quinzel, popularly known as Harley Quinn had a pretty typical childhood. At the young age, she became the victim of bullying by some mean girls. She decided to take matters into her own hands after being inspired by Wonder Woman. Putting on a Halloween costume she took care of the bullies.

She got into a little trouble and supposedly something like this wouldn’t happen again. As a teenager, Quinzel earned a gymnastics scholarship at Gotham State University. She used this opportunity to pursue a degree in psychology. When she struggled with her grades she found other ways to get by.

She managed to get a job in turning as a psychiatrist at Arkham Asylum. Harley admitted she had an attraction for extreme personalities finding them exciting and challenging with the hint of glamor. Upon first laying eyes on the Joker, it was apparent she was smitten.Attraction may have been mutual, Joker managed to place a flower and note in Harley’s office Inviting her to see him.

Joker seems to be flirting and even offered to tell her his secrets. He told her a story about how his father abused him. After Joker managed to escape and was beaten to Arkham, Harley snapped. She rushed out to the store and returned to Arkham, reborn as Harley Quinn. Later it was shown how Joker further helped in Harley’s transformation. Joker brought her to the chemical plant where he went through his change. Without giving her a choice he pushed her in, and her skin and hair were altered.

Harley managed to capture Batman and she mentioned her desire to settle down with Joker. Batman started laughing. He recited the story of Joker’s youth verbatim claiming he used that bit on several others: “Wake up, Harleen. He had you pegged for hired help the minute you walked into Arkham.” Simply put, Harleen was in an abusive relationship with Joker.

When she tried making some ‘special time’ with him, he grabbed her by the nose and threw her out. When he found out she captured Batman, and feared the other villains would chide him for being the guy whose girlfriend killed Batman, his first reaction was to smack her. 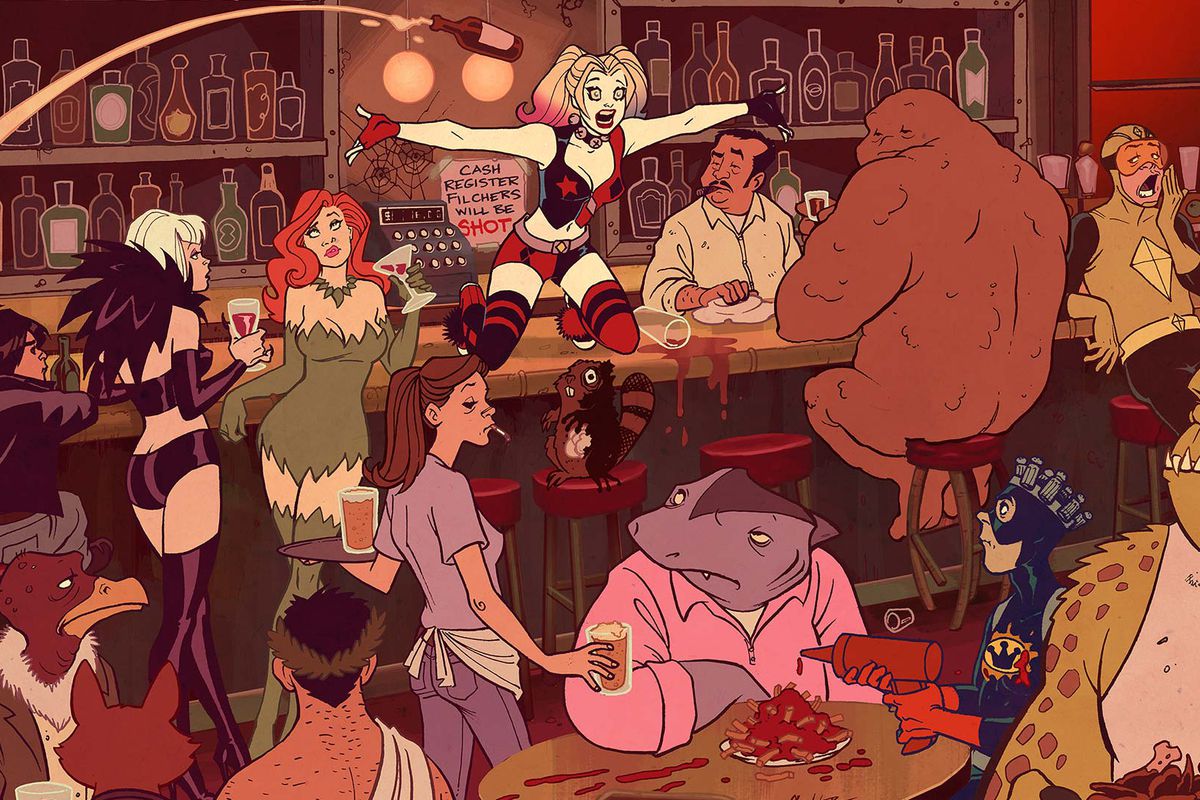 He even knocked her out the window of a four-story building. Hardly felt it was her fault and she was to blame. Eventually, Harley was able to move away from the Joker. He often was locked up or simply did his own thing. In a recent encounter, she made it clear where she stands with him.

When using his mind games on her, things quickly turned violent, as the two fought each other. Harley Quinn let Joker know she was tired of the physical and emotional fighting and that she was done with him. Harley now spends time with Poison Ivy and other friends but is also forced to take part in missions with Suicide Squad.