The Harry Potter franchise has given its audience an array of amazing characters through the seven books and eight movies. From the chosen one himself – Harry Potter, to his two trusted allies and best friends – Ron and Hermione. 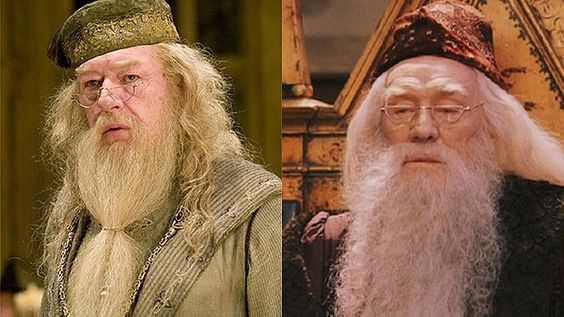 But other than the golden trio, there are some characters that have received immense love from the viewers. And out of all those, one of definitely Albus Percival Wulfric Brian Dumbledore. Or you know, you can just call him Professor Dumbledore.

In the movies, the character of Dumbledore was played by two amazing actors. Richard Harris played the character for the first two movies, and then from the third movie, Michael Gambon took over. Through the years, fans have tried to pick the one Dumbledore they liked better than the other – but trust me when I tell you, the choice is very hard. 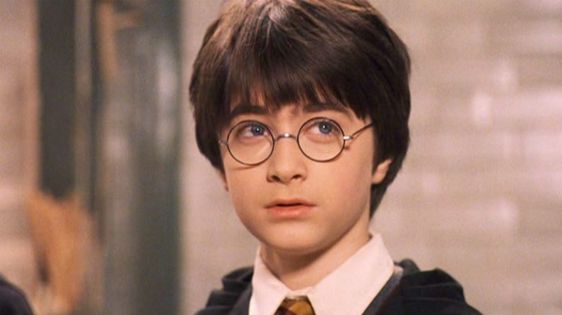 Where Harris was gentle, Gambon was playful; where Harris radiated warmth, Gambon had the edginess that set him apart from the others. So here we have tried to figure out which Dumbledore we like the most, and why.

Here are 5 things that made us love Harris’ Dumbledore, and 5 where Gambon stole the show: 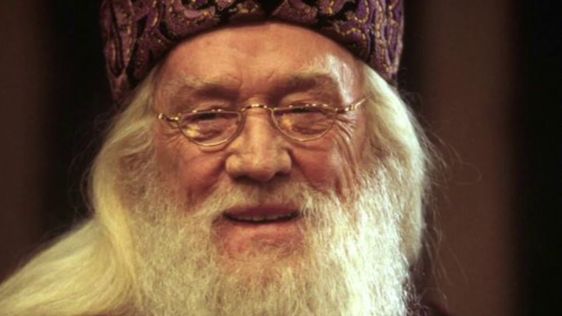 When we first saw Richard Harris in Harry Potter and The Sorcerers Stone, it felt like something otherworldly. Exactly what you’d expect Professor Dumbledore to be – someone removed from the reality. He actually looked like an over hundred year old man, and it was perfect. 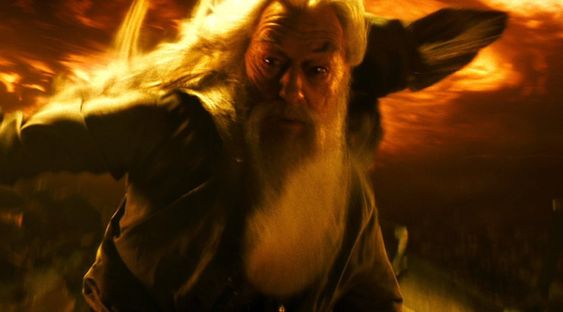 Michael Gambon came into the Harry Potter world with The Prisoner of Azkaban, and brought with him an aspect of Dumbledore that was necessary. Dumbledore was one of the most powerful wizards of the time, and that’s exactly what Gambon’s portrayal of the character showed. 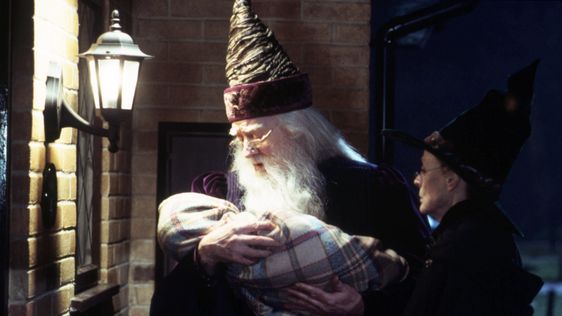 Richard Harris’ Dumbledore had this kind smile every time you’d see him. Whether it was when he was dropping little Harry off at the Dursley’s or he found Harry with the Mirror of Erised or any other time you’d see him. He always looked like someone Harry could talk to, rather than be afraid of. 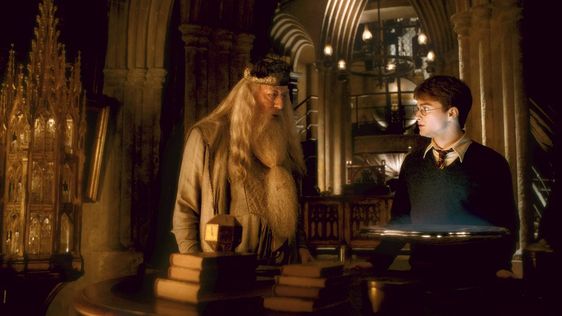 Michael Gambon’s Dumbledore was playful but also strict enough to keep everyone in line at Hogwarts. He had a rebellious side, but also knew which rules to follow and when. The best of it could be seen in Harry Potter and the Order of the Phoenix as he vanishes with his phoenix. 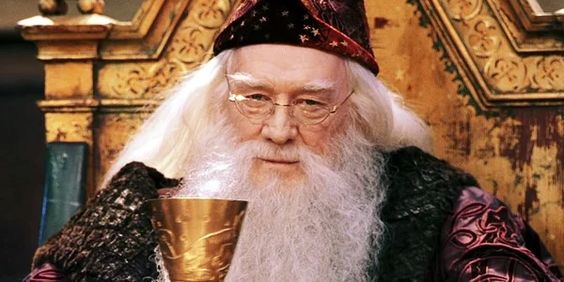 When we saw Richard Harris for the first time, he looked like someone that had walked right out of the books and into our screens. His demeanor, the way he carried himself, how he looked and dressed and talked – it all seemed like the Dumbledore we had read about in the books. 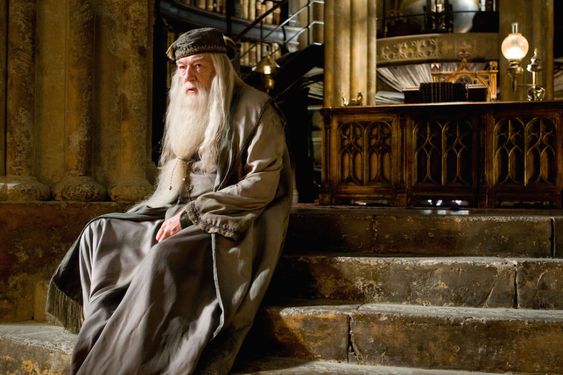 Michael Gambon on the other hand brought a refreshing twist to the character. Maybe not the exact replica of the books, but he made the character his own. This Dumbledore seemed exciting and unpredictable, but at the same time reliable and trusting. And we fell in love with the character all over again.

Richard Harris’ Dumbledore had a childlike wonder about him. Whether it was when he was tasting Bertie Botts Every Flavour Beans, or giving out extra points to students just because he could (even if it was legitimate!), or being a gentle guiding hand to Harry Potter in the first two movies.

Michael Gambon was recruited by none other than Laurence Olivier for the National Theatre Company. He trained under the maestro himself and became an actor of immense quality and depth, and all that can be seen in his portrayal of a complex character like Dumbledore. 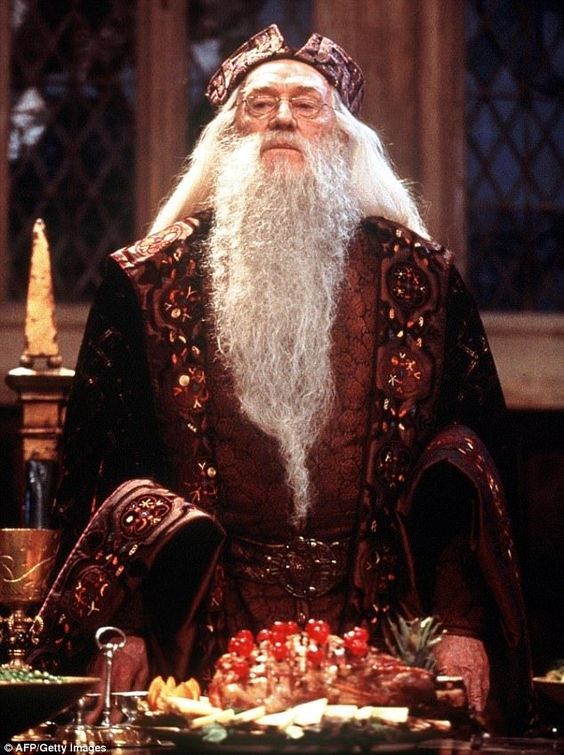 When the role was first offered to Richard Harris, he declined. And then a second time, and then a third. It was only when his granddaughter threatened him with never speaking to him again if he turned down the role, that he accepted to play a character that was already so loved by the readers in a franchise that was worldwide famous, despite being such an accomplished actor himself. 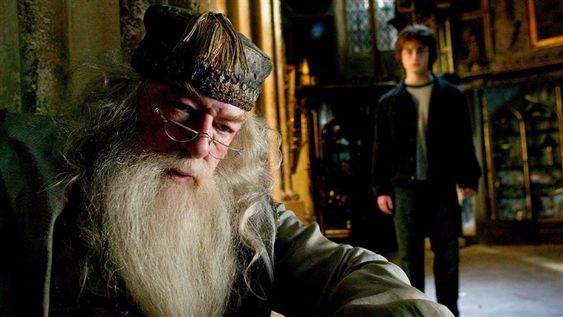 Michael Gambon on the other hand was never afraid to take on the role when it came to him. Even though Harris was supposed to come back for the third movie despite his diagnosis, his passing changed things completely. When Gambon was offered the role he did not shy away from it despite having such a successful actor’s name being already linked to the role. And he did the role complete justice, Richard Harris would have been proud.