When writer JK Rowling penned the Harry Potter series, she also managed to hide a lot of hints and clues about different characters and items. Many of these go totally unexplained, are only noticeable when a fan goes back and reads the series again.

Redditors were surprised when they found some details that made a lot of sense. Many areas are which fans would notice, others become obvious as Harry Potter goes on.

Here are a few of the hard-to-spot details that Redditors noticed about the series on a second read:

When Harry is taken to the Ministry of Magic by Mr. Weasley, they take themselves inside a phone booth. Mr. Weasley says the secret password, the floor lowers the two down into the hidden Ministry.

Redditor OlivanderWild noticed about the password that was used to gain access to the visitor’s entrance. The code for this is 62442, and while looking at numbers, this also spells out M-A-G-I-C.

The wizarding world has many old wives’ tales, just like the Muggle World. An example of this given are, “Jinx by twilight, undone by midnight” and “May-born witches marry muggles.”

The wizarding world has a number of old wives’ tales, just like the muggle world. A few examples of this given are “May-born witches marry muggles.”

The vanishing cabinet at Hogwarts, one for sale at Knockturn Alley is how Draco tries to sneak the Death Eaters into Hogwarts, leading to the death of Dumbledore.

Redditor Trekkie Becky suggests that this is not what readers heard about the magical cabinet. The cabinet is mentioned in Chamber of Secrets when Harry is hiding in the one at Burkes and Borgin, again in Harry Potter: Order of the Phoenix when Fred and George managed to Slytherin. This seemed like a piece of furniture but would later become an important part of the story.

After Harry ends up escaping Goblet of Fire, he recounts all the events to Dumbledore. Harry tells Voldemort that used Harry’s blood to resurrect himself. Despite the grave and terrible news, there is a moment where a look of triumph flits over Dumbledore’s face.

This is a quick and forgettable moment, but a Reddit user noticed that this was one of the most important hints in the entire series. In Deathly Hallows, when Voldemort tries to kill Harry, he is yet again unable to do so. 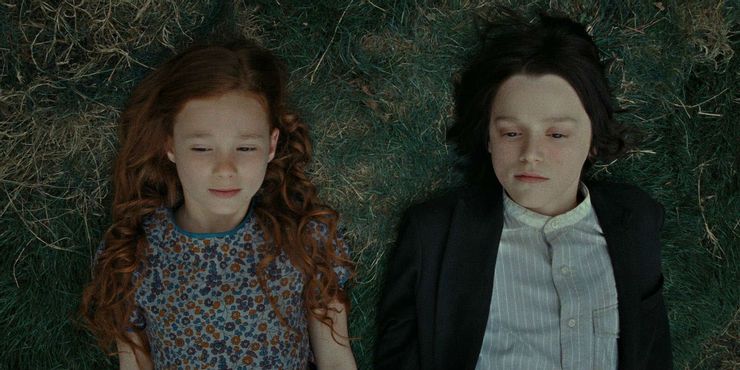 It’s not a secret that Petunia did not like the wizarding world. Due to this, Harry was surprised when she came to know info about wizard prison Azkaban and Dementors. When Harry questioned her on the same, she revealed, “I heard that awful boy telling her about them years ago.”

Readers and fans both assumed that she was talking about James. But a Reddit user‘s jaw dropped when they read this part a second time