Harry Potter fans worldwide are sending the best wishes to Tom Felton who portrayed Draco Malfoy. According to the reports, the actor collapsed recently at a celebrity golf match ahead of the Ryder Cup event.
Photos which were taken at the event show that the actor was being held up by teammates before being taken away for medical treatment. 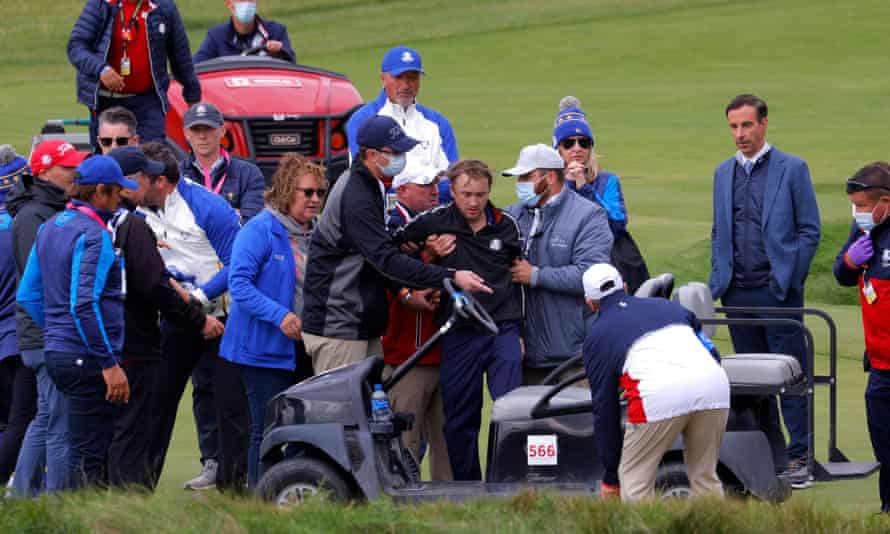 Tom yet has to comment on the same and his camp and the event managers have been quiet as well. And that has left fans waiting desperately waiting for an update on his condition.
Photos were taken at the event at Wisconsin showed Felton on the ground with his teammates surrounding him and the staff rushed to check is condition.
Tom, 34 was moved to sit in a nearby cart and then put in different vehicle where he was laid down and driven away. The uneventful incident happened when Felton reached the course’s 18th hole as he and others were practicing ahead of the actual match.
Recently, Felton has taken part in charity events between the United States and the UK while shining awareness on the pandemic.And for those who do not know him, Felton made his debut in 1997 before landing the role in Harry Potter and the Sorcerer’s Stone in 2001. He played Draco Malfoy, a regular antagonist whose character grew along with the J.K.Rowling novels.
We wish him a speedy recovery!