Jennifer Lopez is finally with the man she wants to be with. She tied the knot with Ben Affleck in 2022, 18 years after they first separated in 2004. ‘Bennifer’, as the couple is called, was considered cute back then and is considered cute even today. But this isn’t the only memorable relationship she has been a part of. Many people considered her relationship with Alex Rodriguez as one for the ages. The baseball player and the Maid in Manhattan star really did look good together.

Alex Rodriguez and Jennifer Lopez had a lot of chemistry

Alex Rodriguez and Jennifer Lopez never missed a chance to show their love publicly. That is one reason they were considered fan favorites for the time they dated. The two started off in 2017 and had a lot of rapport with each other. They understood a lot of things when it came to the other person.

The MLB star himself was a very understanding person. This is clear from how he would respond to the Hustlers star doing intimate scenes in movies. Doing that after all is part and parcel of working in Hollywood. And it can get awkward for any person to see his partner with someone else. But not for A-Rod.

Also Read: ‘I never wanted to not be with the person I had kids with’: Jennifer Lopez Regretted String of Divorces from Marc Anthony To Alex Rodriguez and Ben Affleck, Calls it ‘Lowest time of her life’

Whenever the JLo Body founder was a part of an intimate scene, she would be wary of how Rodriguez would react to it. That is why she seldom told him about an intimate scene when it was shot. That was also because only a few intimate scenes make it to the actual cut. Thus she thought, “Cross that bridge when we come to it.”

Even if a movie made its way to the original cut, Rodriguez’s reaction was very plain and composed. His responses would make one thing clear – he was not bothered by whatever JLo did. The Selena actor recalled his reaction, “He didn’t say anything. He was just… okay, this is part… this is what I’m doing.”

That is the kind of maturity you expect from your partner.

Also Read: “They are getting to know each other better”: Jennifer Garner’s Relationship With Jennifer Lopez Has Changed After Her Marriage With Ben Affleck

The Ain’t Your Mama singer was touched by this gesture of the 47-year-old. But that wasn’t anything big for him. His love for her made it clear that an intimate scene she shot with someone else wouldn’t have any effect on their relationship. That is just what you do when you have a lot of love for someone else.

The two did have a special bond. They first met in 2005, when they were both with different people. But as fate would have it, they would meet again, after 12 years. They started dating immediately after that. As time progressed, things began to grow serious. But in the end, it just didn’t work out. 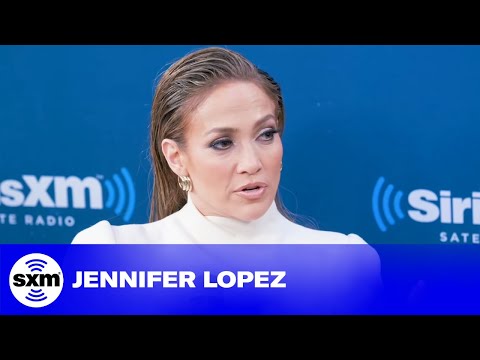 Also Read: “It hurt my feelings, I get it”: Jennifer Lopez Reveals Her Kids Don’t Want to Be With Her Anymore After Getting Married to Ben Affleck