Singer Jennifer Lopez dated former baseball star Alex ‘A-Rod’ Rodriguez between 2017-2021. The ex-couple ended their relationship in April 2021 saying that “they’re better off as friends.” The two made headlines throughout their relationship and Hollywood saw them as the perfect couple. The singer once revealed that he introduced her to investing and the two invested in several businesses together, including real estate and wellness. During the lockdown, the two even decided to raise money for people who needed help. During that period, in order to raise funds for coronavirus relief, Lopez joined Sean ‘Diddy’ Combs’ Instagram live. The singer dated the rapper back in 1999.

During the lockdown, rapper Sean ‘Diddy’ Combs announced that he will be hosting a dance-a-thon with his family to raise funds for Covid relief. Singer Jennifer Lopez decided to join the live video and danced to Elvis Crespo’s Suavemente. Alex Rodriguez then came in front of the camera with a beer in hand to meet the rapper. In order to settle the tension between them, the singer then revealed that A-Rod is a fan of the rapper. The singer dated the rapper from 1999 to 2001.

Also read: “She wanted a team that could rebuild her image”: Jennifer Lopez Hired an Entire PR Team to ‘Negotiate’ Affair Rumors With Brad Pitt as Alex Rodriguez Fought Till The End to Keep Relationship Alive

When the two were dating, rumors spread around claiming that Alex Rodriguez is very protective of Jennifer Lopez. The singer even said, “He doesn’t play. He’s a crazy Dominican. … Do not disrespect that man,” when talking about his protective nature. Alex Rodriguez and Jennifer Lopez started dating in 2017 and got engaged in March 2019. However, two years later, in April 2021, they decided to end their relationship for good.

Also read: “He was still wounded from that insult”: Jennifer Lopez Reportedly Brought Her A-Game to Impress Brad Pitt After Choosing Harry Styles Over Him

Why did they end their relationship?

At the time, it was not revealed why A-Rod and Jennifer Lopez decided to end their relationship. However, sources claimed that Alex Rodriguez was accused of cheating on the singer with her friend, model Madison LeCroy. After ending her relationship in April 2021, the singer was spotted with Ben Affleck and went on to marry the actor in July 2022.

Lopez got married to the actor twice this year and the two also went on honeymoon twice. However, the two have hit a rough patch again as they seem unhappy with the relationship. It was also revealed that Lopez doesn’t live with Affleck anymore because of his excessive smoking habit. The singer also got rid of his highly-valuable motorcycle collection because he wouldn’t stop smoking.

Related: “I don’t really think in terms of interesting or sexy”: Jennifer Lopez Left Alex Rodriguez Floored When Asked About How She Maintains Her Insane Beauty Standard 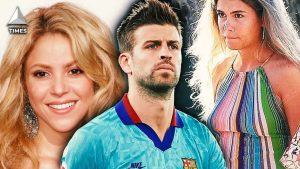 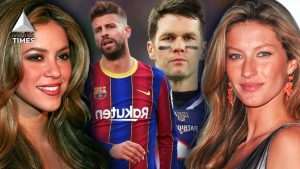 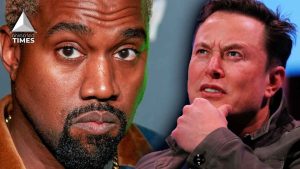